As the U.S. Stumbles, the World Is Watching — Nervously 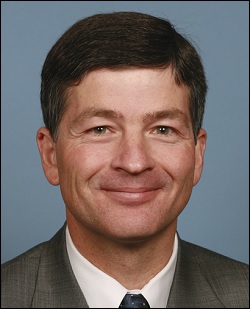 Today’s news headlines are not the stuff of confidence-building. It seems like a 241-year old democracy should have gotten its act together a lot better by now.

Bloomberg News is reporting that 17 of the most prestigious colleges and universities in the country (including Harvard, Yale and Stanford) have filed court papers seeking to join a lawsuit in a Brooklyn Federal court against President Donald Trump’s hastily constructed Executive Order. The Order called for an immigration ban which has drawn a flurry of lawsuits, nationwide protests and a rebuke by the Ninth Circuit Court of Appeals. The schools told the court that during the last academic year, more than one million international students studied at U.S. universities and now, as a result of the immigrant ban, 42,000 scholars, including Nobel Laureates, are calling for a boycott of educational conferences in the United States. With a tepid growth rate of less than 2 percent since the financial crash, the last thing the U.S. needs is to drive a stake through the heart of the U.S. travel and lodging industry.

As the President is now preoccupied attempting to dig out from under what appears to many as his unconstitutional, oft-promised plan to ban Muslims from the U.S., his promise to rebuild the decrepit infrastructure of the country has moved to the slow lane. That’s really bad news for people driving on dangerous bridges or living near troubled dams. Just ask the folks in Oroville, California. According to a report from Reuters this morning, 188,000 residents in the area of the Oroville Dam have become refugees themselves. They’re under evacuation orders and living in shelters for an unknown period of time until the dam can be rendered safe again.

During the early days of Trump’s immigration order, “chaos” was the word most frequently used to describe the impact at the airports and on people’s lives. The Washington Post is using the word “chaos” again today, following the abrupt resignation of Michael Flynn, the President’s newly installed National Security Adviser, over Flynn having discussions with a Russian diplomat before he took his post. The Post writes: “Once dismissed as growing pains, the chaos that was one of Donald Trump’s trademarks in business and campaigning now threatens to plague his presidency, according to interviews with a dozen White House officials and other Republicans.”

Against this backdrop, one of the most powerful U.S. figures on the global stage, Janet Yellen, Chair of the Federal Reserve, will head over to the Senate Banking Committee this morning to deliver her semi-annual report on monetary policy. Her appearance before the Senate will be a cake-walk compared to what is likely to happen tomorrow when Yellen delivers the same report to the House Financial Services Committee. That Committee is Chaired by Texas Republican Jeb Hensarling, a man who is now attempting to style himself as the Commander-In-Chief of Free Markets, while, in actuality, he is the mouthpiece of the big Wall Street banks who have stuffed his campaign coffers with their outsized largess. (See related article below.)

If past is prologue, Hensarling will open tomorrow’s hearing with a prepared speech insulting the Fed and vaguely suggesting it is engaged in a conspiratorial scheme to take over private businesses in the United States. The last time Yellen was before his Committee for her semi-annual report on September 28, 2016, Hensarling made this remark: “the Fed stands at the center of Dodd-Frank’s codification of Too Big To Fail. It functionally occupies the boardrooms of the largest financial institutions in our nation and decides how they can deploy their capital….”

This is a preposterous statement unhinged from any facts on the ground. The Fed is simply an incompetent, lax regulator of the Wall Street banks and an enabler of their reckless follies. It should simply be stripped of this regulatory function. If the Fed was cracking any whips in the boardrooms of Citigroup or JPMorgan Chase, they wouldn’t be admitted felons or serially charged with plundering the public investor. The way the Fed found out in 2012 that JPMorgan Chase was using depositors’ money to make wild gambles in exotic derivatives in London was the same way every other regulator, Congress and the public found out: from newspaper reporters with good sources in the hedge fund community.

Hensarling is railing against the Fed because his rich campaign donors on Wall Street don’t like its stress tests and don’t want to be constrained by its capital rules. The reason Hensarling is railing against the Consumer Financial Protection Bureau (CFPB) also has nothing to do with “free markets.” That’s a dumb Koch brothers ploy that is wearing very thin these days.

Wall Street hates the CFPB because it has an independent source of funding from the Fed and Wall Street’s lackeys in Congress can’t gut its funding. Wall Street also hates the CFPB because it has done what the toothless Securities and Exchange Commission has failed to do: it has created a searchable database of Wall Street’s crimes which can be searched on a bank by bank basis or on a specific crime basis. That provides the opportunity to every American and their lawyers to see patterns of systemic crimes. This is Wall Street’s worst nightmare and eviscerates the very reason Wall Street has created its own private justice system for both employees and customers. These employee and customer claims never see the light of day in a courtroom where public records of the proceedings would be accessible to the press and others. The claims are funneled to arbitrators overseen by the Financial Industry Regulatory Authority (FINRA), a crony self-regulator. As you guessed, there’s no meaningful search function to determine patterns of fraud in FINRA’s private justice proceedings.

Hensarling was shilling for Wall Street in a recent OpEd in the Wall Street Journal. He wrote: “The CFPB is the embodiment of James Madison’s warning in Federalist No. 47 that ‘the accumulation of all powers, legislative, executive and judiciary, in the same hands . . . may justly be pronounced the very definition of tyranny.’ ” (That’s pretty funny coming from the party of the President who just told the Federal Courts that his Executive Order on immigration was not reviewable by the judiciary.)

The CFPB had done a herculean job of helping the little guy who is perpetually ripped off by Wall Street’s greed and serial crimes. If we really want to look at “tyranny,” we should take our blinders off and look at the sweeping impact of the richest 1 percent in America funding the campaigns of the members of our Congress and the President.