Senate Specifics on Why Goldman Sachs’ Gary Cohn Should Not Have a Role in the U.S. Government 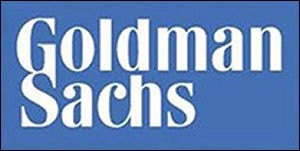 With the news that Gary Cohn, the sitting President of Goldman Sachs, will join two other Goldman Sachs alumni to make up the economic, treasury and strategy team in the Donald Trump administration, we had a fleeting vision of retired Michigan Senator Carl Levin flinging open a window in Detroit and screaming obscenities into the wind. Cohn was the Co-President of Goldman Sachs who oversaw its trading business in the leadup to the 2008 crash as it offloaded billions of dollars of toxic subprime mortgage paper onto its customers, with employees even referring to one offering as a “shitty deal” in emails, while Goldman shorted the hell out of the paper (betting against it) to make massive profits for itself. Billions of dollars of this rotten paper was sold to retirement funds for low-wage municipal workers.

On Wednesday, April 13, 2011, following a two-year investigation, Senators Carl Levin and Tom Coburn, Chairman and Ranking Member of the Senate’s Permanent Subcommittee on Investigations, released a 635-page report which included specifics on the deceitful and fraudulent role that Goldman Sachs played, among others, in burning down Wall Street and the U.S. economy in the greatest collapse since the Great Depression.

Goldman Sachs is referenced 2,495 times in the report; Cohn is referenced 89 times. Cohn’s role in overseeing the firm’s peddling of its subprime mortgage-backed securities is called out in the example below; (other references show how Cohn kept close tabs on the firm’s shorting of the market):

The report characterizes the actions of the denizens of Wall Street as an “economic assault” on the United States. The report came a year after the Subcommittee had conducted a series of hearings in April 2010, including taking direct testimony from Goldman Sachs officials. (See video clips below.) The report summarizes its findings about Goldman Sachs as follows:

“When Goldman Sachs realized the mortgage market was in decline, it took actions to profit from that decline at the expense of its clients. New documents detail how, in 2007, Goldman’s Structured Products Group twice amassed and profited from large net short positions in mortgage related securities. At the same time the firm was betting against the mortgage market as a whole, Goldman assembled and aggressively marketed to its clients poor quality CDOs that it actively bet against by taking large short positions in those transactions. New documents and information detail how Goldman recommended four CDOs, Hudson, Anderson, Timberwolf, and Abacus, to its clients without fully disclosing key information about those products, Goldman’s own market views, or its adverse economic interests.  For example, in Hudson, Goldman told investors that its interests were ‘aligned’ with theirs when, in fact, Goldman held 100% of the short side of the CDO and had adverse interests to the investors, and described Hudson’s assets were ‘sourced from the Street,’ when in fact, Goldman had selected and priced the assets without any third party involvement. New documents also reveal that, at one point in May 2007, Goldman Sachs unsuccessfully tried to execute a ‘short squeeze’ in the mortgage market so that Goldman could scoop up short positions at artificially depressed prices and profit as the mortgage market declined.”

The report does a deep-dive into how Goldman Sachs actually created product for the express purpose of reducing its own exposure to subprime mortgages while offloading the toxic paper onto its clients. The report notes:

“The review begins in mid to late 2006, when Goldman realized that the market for subprime mortgage backed securities was beginning to decline, and the large long positions it held in ABX assets, loans, RMBS and CDO securities, and other mortgage related assets began to pose a disproportionate risk to both the Mortgage Department and the firm. In October 2006, the Mortgage Department designed a synthetic CDO called Hudson Mezzanine 2006-1, which included over $1.2 billion of long positions on CDS contracts to offset risk associated with ABX assets in Goldman’s own inventory and another $800 million in single name CDS contracts referencing subprime RMBS securities that Goldman wanted to short; the Mortgage Department then sold the Hudson securities to its clients.”

The Senate investigators found that “By the end of the first quarter of 2007, the Mortgage Department had swung from a $6 billion net long position in December 2006, to a $10 billion net short position in late February 2007, a $16 billion reversal.” Clearly, Goldman Sachs was anticipating a financial catastrophe while failing to share that reality early on with its clients or with the public in its research reports.

Gary Cohn was well aware of the massive short position at Goldman Sachs in 2007, as explained in this part of the Senate report:

“In late February [2007], Goldman’s Operating Committee, a subcommittee of its Firmwide Risk Committee, became concerned about the size of the $10 billion net short position. The Firmwide Risk Committee was co-chaired by Mr. Viniar [CFO], and Messrs. Cohn [Co-President] and Blankfein [CEO] regularly attended its meetings. The concern arose, in part, because the $10 billion net short position had dramatically increased the Mortgage Department’s Value-at-Risk or ‘VAR,’ the primary measure Goldman used to compute its risk. The Committee ordered the Department to lock in its profits by ‘covering its shorts,’…The Mortgage Department complied by covering most, but not all, of the $10 billion net short and brought down its VAR. It then maintained a relatively lower risk profile from March through May 2007.”

Next came a Goldman Sachs market manipulation that the Senate investigators call an “attempted short squeeze.” The report explains:

“In May 2007, the Mortgage Department’s Asset Backed Security (ABS) Trading Desk attempted a ‘short squeeze’ of the CDS market that was intended to compel other market participants to sell their short positions at artificially low prices. Goldman’s ABS Desk was still in the process of covering the Mortgage Department’s shorts by offering CDS contracts in which Goldman took the long side. The ABS Desk devised a plan in which it would offer those CDS contracts to short parties at lower and lower prices, in an effort to drive down the overall market price of the shorts. As prices fell, Goldman’s expectation was that other short parties would begin to sell their short positions, in order to avoid having to sell at still lower prices. The ABS Desk planned to buy up those short positions at the artificially low prices it had caused, thereby rebuilding its own net short position at a lower cost. The ABS Desk initiated its plan, and during the same period Goldman customers protested the lower values assigned by Goldman to their short positions as out of line with the market. Despite the lower prices, the parties who already held short positions generally kept them and did not try to sell them. In June, after learning that two Bear Stearns hedge funds specializing in subprime mortgage assets might collapse, the ABS Desk abandoned its short squeeze effort and recommenced buying short positions at the prevailing market prices.”

The Senate report notes the following about Goldman’s attempted short squeeze: “Trading with the intent to manipulate market prices, even if unsuccessful, is a violation of the federal securities laws.” No one at Goldman Sachs has gone to jail for any of its actions in the leadup to, or during, the financial crash in 2008.

According to the Senate report, Goldman’s net short position reached its peak on June 22, 2007 at $13.9 billion, nearly 40 percent larger than its net short in February of the same year. The report makes clear that Gary Cohn was calling the shots in this area, writing that by August 2007 “Goldman senior management again became concerned about the size of the Department’s net short position and its VAR levels, which had reached record levels. On August 21, 2007, Goldman’s Chief Operating Officer [and Co-President] Gary Cohn ordered the Mortgage Department to ‘get down now.’ ” This meant the traders should, once again, cover their shorts and lock in their profits.

Senate investigators provide detailed documents and evidence showing that Goldman Sachs went on a concerted public relations campaign to conceal its massive profits from shorting the subprime mortgage market. The Subcommittee produced emails showing that a Goldman Sachs trader, Joshua Birnbaum, had described Goldman Sachs in 2007 as “the market leader in shorting the housing market” then corrected that in July 2007 to concede that the John Paulson hedge fund was “definitely the man in this space, up 2-3 bil on this trade. We were giving him a run for his money for a while but now are a definitive #2.” When Birnbaum mapped out his case to his bosses for trader compensation for their handling of the shorts, he wrote: “#1 on the street by a wide margin. #2 in the world behind Paulson Partners.”

But when Goldman Sachs began feeling the heat after the financial crash as the details unfolded, the Senate report notes how the firm hypocritically changed its tune:

“In April 2010, Goldman posted a statement on its website entitled, ‘Goldman Sachs: Risk Management and the Residential Mortgage Market.’ In the statement’s Executive Summary, Goldman made the following assertions, among others: – ‘Goldman Sachs did not take a large directional ‘bet’ against the U.S. housing market, and the firm was not consistently or significantly net ‘short the market’ in residential mortgage related products in 2007 and 2008, as the performance of our residential mortgage-related products business demonstrates. Goldman Sachs did not engage in some type of massive ‘bet’ against our clients. The risk management of the firm’s exposures and the activities of our clients dictated the firm’s overall action, not any view of what might or might not happen to any security or market.”

Goldman Sachs has a long storied history of offloading its bad investments into the arms of the unsophisticated and unwary. In the asset bubble of 1928, Goldman ran the Goldman Sachs Trading Company, a closed end fund (called a trust in those days) that Goldman Sachs created and offered to the public at $104 a share, conveniently before the 1929 crash. The trust was filled with conflicted investments while paying Goldman a hefty management fee, only to end up a few years after the crash trading at a buck and change. On May 20, 1932, Walter Sachs, President of the Goldman Sachs Trading Company, was interrogated by the Senate Committee on Banking and Currency. The hearings produced the same conclusions as the Senate report in 2011: Goldman Sachs royally fleeced its customers to line its own pockets.

If President-elect Donald Trump wants to have any credibility at all in the handling of economic and treasury policy for the United States, he needs to eliminate those who have the name Goldman Sachs on their resumes — unless those individuals left the company out of disgust of its practices, like author Nomi Prins and, more recently, Greg Smith.