What’s Ahead in the Trump Hate Wars? Watch this Movie from His Chief Strategist 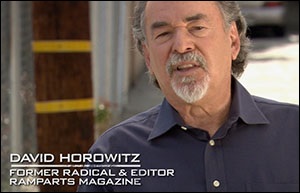 On Sunday, November 13, 2016, President-elect Donald Trump named Stephen K. Bannon as his Senior Counselor and Chief Strategist in the White House. Newspapers across America focused on Bannon’s background as an executive at the right-wing Breitbart News. But Bannon’s more revealing role is that of a seasoned propaganda filmmaker, churning out documentaries that target liberals as haters of America while his films are actually being financed by billionaires who like their plutocracy just the way it is.

On September 21, 2012, less than two months before the Presidential election, a Bannon documentary titled “Occupy Unmasked” was released in select theaters in an effort to discredit the Occupy Wall Street movement. The Breitbart web site urged its followers to create “buzz” about the film. Writing at The Nation, Michael Tracey called the film “a deranged hodge-podge of bizarre memes, wild dot-connecting and unadulterated fury.” In reality, it was a skillfully scripted propaganda film engineered to redirect the anger from the robber barons on Wall Street to the protesters demanding change. To do that successfully, those engaged in this grassroots uprising had to be demonized using ingenious means by Bannon.

Right-wing conservatives were no doubt outraged by the growing media interest in the Occupy Wall Street movement. They might start losing some of their own activists to the movement. In December 2011, Time Magazine’s cover had named “the person of the year” the protester, specifically mentioning Occupy Wall Street with no mention of the Tea Party. (The Time cover is ridiculed in the “Occupy Unmasked” film, indicating that, indeed, it had hit a nerve.)

What sets this so-called documentary out as a pure propaganda film is what is missing from the film and the fascinating backgrounds of those who have speaking parts in the film.

You won’t find one word in this 75-minute film about why Occupy Wall Street protesters were so genuinely angry and fed up; why people from all walks of life in cities across America took to the streets to express outrage at the unprecedented wealth and income inequality fueled by Wall Street and the one percent.

What you will find is David Horowitz using various means on camera to demonize the protesters. Horowitz says the protesters only pretend to be interested in ideas but just “basically hate America.” Horowitz is a former lefty turned righty who has found a very comfortable life in his reincarnation. According to the Federal tax filing for 2014 for his taxpayer-subsidized nonprofit, the David Horowitz Freedom Center, he received compensation of $566,977 in 2014 plus another $53,365 in “other compensation.”

In 2011, the Southern Poverty Law Center called Horowitz a member of the “Anti-Muslim Inner Circle,” writing that he had “organized ‘Islamofascism Awareness Week’ which brought prominent anti-Muslim activists to college campuses in 2007” and had authored Unholy Alliance: Radical Islam and the American Left “which claims that American leftists support Islamic terrorists.”

In 2005, Graham Larkin dissected the Horowitz propaganda method in an opinion piece at Inside Higher Ed. Larkin writes this about Horowitz:

“he believes you should drown your political opponents in a steady stream of bullshit, emanating every day from newspapers,  TV and radio programs, as well as lavishly funded smear sites and blogs. He also thinks you should go on college lecture circuits where you can use incendiary rhetoric to turn civilized venues into the Jerry Springer show, and then descend into fits of indignant self-pity when someone responds with a pie to your face.

“The only honorable way to combat Horowitz’s bullshit is by fully repudiating his modus operandi, and depending instead on the very wits, arguments and refutations that the Leninists repudiate. Indeed, these methods prove optimal for exposing any number of Horowitzian techniques, ranging from cooked statistics, race-baiting and guilt by association to editorial foul play and baffling logorrhea.  But refuting Horowitz is not simply a matter of observing the tide and eddies in an unending stream of bullshit. It also means trawling through that same discharge in order to extract any number of dangerous lies.”

Another individual who appears on screen trashing the Occupy Wall Street protesters is Brandon Darby, a writer at Breitbart. According to multiple newspaper reports, Darby masqueraded as a protester while functioning as an FBI informant, a charge Darby has acknowledged in an open letter. Josh Harkinson reported at Mother Jones in 2011 that “Darby’s entanglement with the feds is part of a quiet resurgence of FBI interest in left-wingers. From the Red Scare days of the 1950s into the ’70s, the FBI’s Counter Intelligence Program, a.k.a. COINTELPRO, monitored and sabotaged communist and civil rights organizations.”

Andrew Breitbart, founder of the Breitbart news web site, appears on screen ranting throughout “Occupy Unmasked,” although he died of heart failure at age 43 seven months before the documentary was released. In the film, Breitbart serially demonizes the Occupy Wall Street protesters. At one point he says they are “raping, pillaging and pooping.” In another scene, Breitbart says “These people hate the country, hate the constitution, they hate freedom, they hate liberty.”

Bizarrely, throughout the film the heavily armed police are portrayed as victims of the violent protesters. (Occupy Wall Street actively promoted peaceful engagement.) That preposterous characterization has been thoroughly discredited by eyewitness accounts from reporters and New York City Council members. In November of 2011, George Freeman, Assistant General Counsel of the New York Times, wrote to the NYPD on behalf of The Times, the New York Post, New York Daily News, and eight other media groups. Freeman described attacks on mainstream media that were reminiscent of a military junta.

On April 29, 2012, three law firms filed a civil rights lawsuit against the City of New York, Mayor Michael Bloomberg, Police Commissioner Raymond Kelly, Deputy Inspector Edward Winski, and others for “violations of rights to free speech, assembly, freedom of the press, false arrest, excessive force, false imprisonment, and malicious prosecution.” The plaintiffs included four New York City Council Members who had been arrested, one suffering head injuries, and both mainstream and citizen photo-journalists. JPMorgan Chase and other New York City corporations were also named for conspiring with the police to deny protesters the right to assembly in public spaces.

Picking a master of propaganda as his Chief Strategist in the White House is serious cause for concern about the impending Presidency of Donald Trump. In 1990, Marie Brenner wrote at Vanity Fair about Trump’s divorce from his first wife, Ivana. Brenner reported the following:

“Ivana Trump told her lawyer Michael Kennedy that from time to time her husband reads a book of Hitler’s collected speeches, My New Order, which he keeps in a cabinet by his bed…Hitler’s speeches, from his earliest days up through the Phony War of 1939, reveal his extraordinary ability as a master propagandist.”

A friend, Marty Davis, confirmed that he had given the book to Trump. The response from Donald Trump in the article was: “If I had these speeches, and I am not saying that I do, I would never read them.”