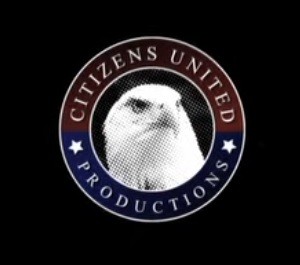 Citizens United, the nonprofit organization that brought the U.S. Supreme Court case that has unleashed unlimited corporate spending in elections, sent three of its top strategists to run the Donald Trump campaign in its floundering days of 2016. Here’s the timeline:

On July 11, 2016, the Trump campaign announced that it had “enlisted the services of Bryan Lanza, who will serve as the Deputy Communications Director for Surrogates. Mr. Lanza’s focus will be on organizing and mobilizing Trump supporters in an effective way that allows Mr. Trump’s America First message to resonate with voters.” Lanza came from Citizens United where he had been Communications Director.

On August 17, 2016, the New York Times reported that Steve Bannon would become Chief Executive of the Trump campaign. The article focused on Bannon’s role at Breitbart News but Bannon was the long-tenured filmmaker for Citizens United, making right-wing documentaries like “Fire from the Heartland,” a glowing tribute to Michele Bachmann; “The Undefeated,” about Sarah Palin; “Generation Zero,” blaming the 2008 financial crash on liberals; “Occupy Unmasked,” portraying the young people attempting to remove their democracy from the iron grip of the one percent as sinister criminals; and “The Hope and the Change,” showing Democrats’ disillusionment with the campaign promises of Barack Obama, which is certainly a valid concern for progressives. (Bannon has now been named Chief Strategist to Trump in the White House.)

Three men coming from a nonprofit that refuses to reveal its donors and effectively ushered in a corporate takeover of U.S. elections doesn’t seem to correlate with a President-elect who promised to “drain the swamp” in Washington and become the champion of the working class.

Another name set off alarms here at Wall Street On Parade. The “Occupy Unmasked” documentary shows in its credits that it was produced by David Bossie; that it is a “film by Stephen K. Bannon”; and then the name of David Horowitz is prominently displayed in the trailer credits without mention of his role. David Horowitz played a major role in promoting a propaganda film produced in 2008 to fan the flames of hate again Muslims – a film that was secretly funded by a Charles Koch affiliated group.

Less than two months before the 2008 presidential election, which would ultimately place the first Black President in the Oval Office, 100 major newspapers and magazines across the United States distributed millions of DVDs of a race-baiting documentary, “Obsession: Radical Islam’s War Against the West.” The newspaper and magazine insertions, together with a separate direct mail campaign, saw 28 million DVDs flood into swing voter states. At the time, Barack Obama was being smeared for Muslim ties.

On October 26, 2010, Wall Street On Parade broke the news that a secretive nonprofit, Donors Capital Fund, bearing the unmistakable fingerprints of Charles Koch, had sluiced more than $17 million to pay for the production and distribution of the DVDs. Charles Koch and his brother, David, are billionaires and majority owners of Koch Industries, one of the largest private corporations in the world with interests in oil, chemicals, commodities trading, paper products along with many other business interests. Their history of creating front groups dates back decades.

We reported the following in our 2010 article about the role played by David Horowitz in spreading the message of the “Obsession” film:

“Prior to this sophisticated and expensive media campaign in the final approach to election day, ‘Obsession’ was part of the 2007 college road show headed by the lefty turned radical right, David Horowitz (who dramatically improved his tax bracket by discovering the greatest threat to America’s future was radical Islam, just before the rest of the country discovered the greatest threat to America’s future was home grown terrorists with algorithms and high speed computers on Wall Street trading floors. While Mr. Horowitz had a fourth of the country gazing at variations of Hitler’s mustache, the underpinnings of America’s financial infrastructure were imploding right under our noses.) Mr. Horowitz joins the swelling ranks of pundits and academicians earning a fat living from tax subsidized nonprofits while railing against government welfare. His pay at his nonprofit, Freedom Center, was a sweet $480,162 in 2008, the most recent tax filing available on line. Total salaries and benefits at the Center represented 40 per cent of revenues in 2008.”

Another Koch connection in the Trump campaign is Rebekah Mercer, daughter of billionaire hedge fund titan Robert Mercer, a major donor through his PAC to the Trump effort. In December 2014, Ken Vogel reported at Politico that “Chase Koch, the 37-year-old son of billionaire industrialist Charles Koch, has been spearheading an initiative to involve the children of wealthy contributors in the Koch brothers’ vast political network.” According to Vogel, Rebekah Mercer has attended at least one of the infamous Koch donor seminars. She now sits on the Trump Transition Team’s executive committee.

The Mercer Family Foundation is also funding a number of groups that have been favorites of the Koch-related nonprofits. The Cato Institute, which turns out to have been secretly 50 percent owned by Charles and David Koch as shareholders for decades (no, we had never heard of a nonprofit having shareholders either), received a $300,000 donation in 2014 from the Mercer Family Foundation.

The climate-denial outfit, the Heartland Institute, another favorite of Koch-related nonprofits, has received more than $3 million since 2009 from the Mercer Family Foundation. Trump has stated that climate change is a “Chinese hoax.” ExxonMobil has been a significant donor to the Heartland Institute also according to the DeSmog Blog. The Blog also notes that in the 1990s, the Heartland Institute “worked with the tobacco company Philip Morris to question the science linking second-hand smoke to health risks, and lobbied against government public health reforms.”

Robert Mercer is Co-CEO of the hedge fund, Renaissance Technologies. In 2014, the U.S. Senate’s Permanent Subcommittee on Investigations hauled its executives before a hearing and accused it of “tax avoidance of more than $6 billion.” The hedge fund, and others, had concocted a scheme to magically change short term capital gains into long terms capital gains while also using enormous leverage provided by the too-big-to-fail banks. As we reported in detail in 2014:

“…the hedge fund makes a deposit of cash into an account at the bank which has been established so that the hedge fund can engage in high frequency trading of stocks. The account is not in the hedge fund’s name but in the bank’s name. The bank then deposits $9 for every one dollar the hedge fund deposits into the same account. Some times, the leverage reaches as high as 20 to 1.

“Based on a written side agreement, preposterously called a ‘basket option,’ the hedge fund will collect all the profits made in the account in the bank’s name after a year or longer and then characterize millions of trades which were held for less than a year, many for just minutes, as long-term capital gains (which by law require a holding period of a year or longer). Long term capital gains are taxed at almost half the tax rate of the top rate on short term gains.”

According to Bloomberg News, Renaissance Technologies has yet to settle up with the IRS over this scheme. Perhaps putting one of those free-market wizards in charge of the IRS will make the $6 billion problem go away for the Mercers.