Clintons Are Under Multiple FBI Investigations as Agents Are Stymied 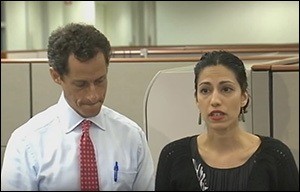 Current and former FBI officials have launched a media counter-offensive to engage head to head with the Clinton media machine and to throw off the shackles the Loretta Lynch Justice Department has used to stymie their multiple investigations into the Clinton pay-to-play network.

Over the past weekend, former FBI Assistant Director and current CNN Senior Law Enforcement Analyst Tom Fuentes told viewers that “the FBI has an intensive investigation ongoing into the Clinton Foundation.” He said he had received this information from “senior officials” at the FBI, “several of them, in and out of the Bureau.” (See video clip from CNN below.)

That information was further supported by an in-depth article last evening in the Wall Street Journal by Devlin Barrett. According to Barrett, the “probe of the foundation began more than a year ago to determine whether financial crimes or influence peddling occurred related to the charity.” Barrett’s article suggests that the Justice Department, which oversees the FBI, has attempted to circumvent the investigation. The new revelations lead to the appearance of wrongdoing on the part of U.S. Attorney General Loretta Lynch for secretly meeting with Bill Clinton on her plane on the tarmac of Phoenix Sky Harbor International Airport on the evening of June 28 of this year. Not only was Bill Clinton’s wife under an FBI investigation at the time over her use of a private email server in the basement of her New York home over which Top Secret material was transmitted while she was Secretary of State but his own charitable foundation was also under investigation, a fact that was unknown at the time to the public and the media.

The reports leaking out of the FBI over the weekend came on the heels of FBI Director James Comey sending a letter to members of Congress on Friday acknowledging that the investigation into the Hillary Clinton email server was not closed as he had previously testified to Congress, but had been reopened as a result of “pertinent” emails turning up. According to multiple media sources, those emails were found on the laptop of Anthony Weiner, estranged husband of Hillary Clinton’s longtime aide, Huma Abedin.

Weiner was forced to resign from Congress in 2011 over a sexting scandal with more sexting scandals to follow. Early this month, on October 3, the FBI raided Weiner’s apartment in New York with a search warrant in hand and seized multiple electronic devices. At least one of those devices had been used by both Weiner and Abedin to send email messages. The search warrant had been obtained following a detailed report that had appeared in the Daily Mail newspaper in the U.K. in September, showing sordid, sexual emails that Weiner had allegedly sent to a 15-year old girl in North Carolina. According to the content of the published emails, Weiner was aware that the girl was underage.

While examining the hard drive of a laptop seized from Weiner, the FBI found metadata showing that thousands of the emails were exchanged between the private server located in Hillary Clinton’s basement in Chappaqua, New York. Since the FBI had only a search warrant to examine emails and documents related to the Weiner matter, it was not able to read the other emails but simply tallied up the metadata linked to the private server in Chappaqua to show how many potentially new emails might be in the trove on the laptop. (It is also possible that the FBI agents could have used a program to compare subject headings against those emails previously turned over by Abedin to make their case that Abedin had perjured herself when she testified to them that she had turned over all of her work-related emails from her time as Deputy Chief of Staff for Operations when Hillary Clinton served as Secretary of State.)

The FBI officials briefed FBI Director James Comey last Thursday on the new trove of emails and he went public with his letter to Congress the next day – leading the Clinton camp to immediately launch a media assault on his motives.

As if all of this wasn’t enough for the public to digest over the weekend, yesterday morning James Kallstrom, the former Assistant Director in Charge of the FBI’s New York Division and 25-year veteran of the FBI, went on the John Catsimatidis radio program to call the Clintons a “crime family.” (You can hear the full program here.) Kallstrom’s comments were further amplified when the New York Daily News reported on his criticisms that the FBI had been hamstrung from conducting a real investigation. The Daily News quoted Kallstrom from the radio program as follows:

On Wednesday of last week, just two days before FBI Director Comey issued his public letter to Congress, WikiLeaks released a devastating memo from Douglas Band, at the time a key figure at the Clinton Foundation and President of his own corporate consulting firm, Teneo. The memo was rife with suggestions of pay-to-play and personal enrichment schemes at the Clinton Foundation. The same day, Washington Post reporters Rosalind Helderman and Tom Hamburger reported the story, including the following details:

“The memo, made public Wednesday by the anti-secrecy group WikiLeaks, lays out the aggressive strategy behind lining up the consulting contracts and paid speaking engagements for Bill Clinton that added tens of millions of dollars to the family’s fortune, including during the years that Hillary Clinton led the State Department. It describes how Band helped run what he called ‘Bill Clinton Inc.,’ obtaining ‘in-kind services for the President and his family — for personal travel, hospitality, vacation and the like.’… Band wrote that Teneo partners had raised in excess of $8 million for the foundation and $3 million in paid speaking fees for Bill Clinton. He said he had secured contracts for the former president that would pay out $66 million over the subsequent nine years if the deals remained in place.”

The memo was likely the final straw for the FBI agents and officials who had been thwarted by the Justice Department in mounting an aggressive investigation of the Clinton Foundation using the full FBI arsenal typically available like subpoenas, witness interviews and wiretaps. Given the weekend leaks, it now appears that the FBI understands that the only hope for a real investigation is to shine some much needed sunlight on how Loretta Lynch’s Justice Department cowers before politically powerful people.