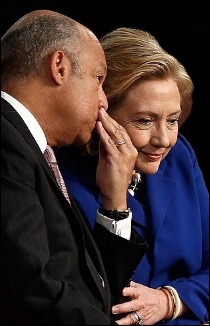 Mavi Ramirez is a Mom, a social media entrepreneur and a dedicated citizen journalist who took a day off from work to cover the first hearing on August 23 in the Federal lawsuit that has been filed by Senator Bernie Sanders’ supporters against the Democratic National Committee and its former Chair, Debbie Wasserman Schultz. The lawsuit, which currently has more than 100 plaintiffs and more than a thousand in the wings with retainer agreements, is charging the DNC with fraud, negligent misrepresentation, deceptive conduct, unjust enrichment, breach of fiduciary duty, and negligence.

Leaked DNC documents and emails by Guccifer 2.0 and Wikileaks show Wasserman Schultz disparaging the Sanders’ campaign while key DNC officials actually plotted to sabotage the Sanders’ campaign by putting the word out that he is an atheist (which Sanders says he is not) and characterizing his campaign as “a mess.” From a virtual unknown on the national stage, Sanders’ campaign won 23 states in the primaries, raised over $228 million, predominantly from average Americans, and held rallies that ranged from 5,000 to more than 20,000 supporters while Clinton attracted hundreds. Sanders’ supporters are demanding this court case to determine if the intentional sabotage by the DNC cost Sanders’ his primary battle. 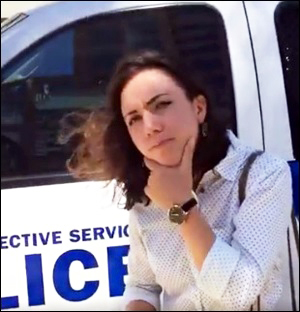 Since mainstream media has failed to report on this first court hearing, the interviews conducted by Mavi Ramirez outside the Federal courthouse last Tuesday take on added significance. Ramirez interviewed the Sanders’ supporters and attorney for plaintiffs as they emerged from the hearing. But throughout these interviews, there was a constant, annoying, and distracting honking coming from an SUV parked on the sidewalk. One gutsy interviewee, who goes by the Facebook name of Jessica Rose Grfl, strolled down to the SUV, peered inside, and tells the videographer that this is an unmanned vehicle. The honking appears to be by remote control. Ramirez and her videographer move closer to the SUV and show viewers that it is from the Federal Protective Service of the Department of Homeland Security. ( Go to -31:00 on the video.)

The head of Homeland Security, Jeh Johnson, is an Obama nominee. Johnson has spun four times through the revolving doors of the corporate/Wall Street law firm, Paul, Weiss, Rifkind, Wharton & Garrison to work in either the Bill Clinton or Obama administration. Johnson was a bundler for Obama in his 2008 campaign and personally donated $28,460 to the Obama Victory Fund and another $28,460 to the DNC in 2008, according to Federal Election Commission data.

Clearly, Johnson is a big Obama fan and Obama is a big Debbie Wasserman Schultz fan. In June, Politico’s Hanna Trudo reported that Obama appeared at a DNC fundraiser in Miami and told the crowd the following about Wasserman Schultz: “She’s had my back, I want to make sure we have her back.”

Just two days after Wikileaks released the devastating emails in July, showing that key DNC officials had violated their own bylaws in overtly attempting to sabotage the Sanders’ campaign, creating an instant scandal in the media and forcing Wasserman Schultz to resign from the DNC, President Obama remained unconscionably effusive in his praise for Wasserman Schultz. The White House released this official statement from the President on July 24, which stated in part:

“For the last eight years, Chairwoman Debbie Wasserman Schultz has had my back. This afternoon, I called her to let her know that I am grateful. Her leadership of the DNC has meant that we had someone who brought Democrats together not just for my re-election campaign, but for accomplishing the shared goals we have had for our country…Michelle and I are grateful for her efforts, we know she will continue to serve our country as a member of Congress from Florida and she will always be our dear friend.”

On the sidewalk with Mavi Ramirez last Tuesday were three Sanders’ supporters who were holding a large banner noting that Wasserman Schultz had “resigned in disgrace” from the DNC. Wasserman Schultz is battling for her political career in Congress in a Democratic primary next Tuesday, August 30, in Florida, where she will face off against progressive Tim Canova, who has the support of Bernie Sanders and his supporters.

The words “Homeland Security” on the SUV struck an immediate, familiar chord here at Wall Street On Parade over its dubious past escapades attempting to marginalize the Occupy Wall Street movement, which has maintained a large presence in the Bernie Sanders’ camp. We have previously reported on the Partnership for Civil Justice Fund (PCJF) releasing a trove of documents obtained under a Freedom of Information Act request, showing that the Department of Homeland Security routinely spies on peaceful protesters and was obsessed with the amount of media attention being given to the Occupy Wall Street (OWS) activities. Homeland Security was fixated on both mainstream media coverage as well as concerned that Occupy would gain momentum through social media – the very medium in which Mavi Ramirez specializes.

One of the documents released by PCJF shows a Homeland Security agent writing the following in an October 2011 memo:

“A distinct feature of OWS is how it was born from online organization and continues to use social media to spread its message, organize further protests, and keep protesters connected. OWS and the broader Occupy Together movement that organizes protests in other cities use services such as Twitter, Tumblr, Meetup, and Facebook to this end, as well as having set up a live video feed of the OWS encampment in New York. Announcements, videos, and images are all collected and disseminated via these social networks as well as on the OWS Web site.”

Ramirez comments on the video outside the Federal Courthouse on August 23 that the honking only started when she began to livestream her video.

Another memo released by PCJF reads:

“Social media and the organic emergence of online communities have driven the rapid expansion of the OWS movement. In New York, OWS leaders have also formed ad hoc committees to organize protesters and manage communications, logistics, and security. The OWS encampment in Zucotti Park features a medical station, distribution point for food and water, and a media center complete with generators and wireless Internet. Organizers hold general assembly meetings twice a day and a have established committees and working groups including an Internet Working Group and a Direct Action Committee, which plans protest activities and works to maintain peaceful and controlled demonstrations. This high level of organization has allowed OWS to sustain its operations, disseminate its message, and garner increasing levels of support.”

Mara Verheyden-Hilliard, Executive Director of PCJF, commented at the time of the release of the documents: “The federal agencies’ actions were not because Occupy represented a ‘terrorist threat’ or a ‘criminal threat’ but rather because it posed a significant grassroots political challenge to the status quo.”

In 2011 we broke the story that the Department of Homeland Security was using taxpayers’ dollars to fund a high tech, artificial intelligence surveillance center in lower Manhattan where employees of the serially corrupt Wall Street firms sit alongside officers from the New York City Police Department to spy on pedestrians (and any would-be protesters) on the sidewalks of Manhattan. In 2012, we wrote again to document how the CBS News Program, 60 Minutes, was aware of this joint staffing operation between the NYPD and the serially-charged Wall Street firms but failed to report on it in a fawning program on the surveillance center.

A report from DBA Press and the Center for Media and Democracy in 2013 showed how the Department of Homeland Security was funding “fusion centers” to gather intelligence on peaceful activists and then sharing it with the very corporations that were the targets of the activist protests.

The lawsuit against the DNC is Wilding et al v DNC Services Corporation and Deborah ‘Debbie’ Wasserman Schultz. The case is being heard in the Federal District Court for the Southern District of Florida. (Case Number 16-cv-61511-WJZ.) The Sanders supporters are being represented in the lawsuit by the following law firms: Beck & Lee Trial Lawyers of Miami; Cullin O’Brien Law, P.A. of Fort Lauderdale, Florida; and Antonino G. Hernandez P.A. of Miami.

Both the DNC and Wasserman Schultz are represented by a corporate law firm, Perkins Coie. The Chair of the Political Law practice at Perkins Coie, Marc Elias, is an attorney of record in the matter. He is also counsel to the Hillary Clinton campaign and one of a team of Perkins Coie lawyers that are legal counsel to the DNC. Elias turned up in the Wikileaks emails giving advice to the DNC on how to respond to charges from the Sanders’ campaign that the joint fundraising committee between the DNC and Hillary Clinton was, in effect, a money laundering scheme to evade fundraising caps.

The August 23 hearing was itself a continuing effort by the DNC to evade accountability for its conduct while stalling meaningful court action by challenging the manner in which the lawsuit was served on the DNC. See our in-depth report here. 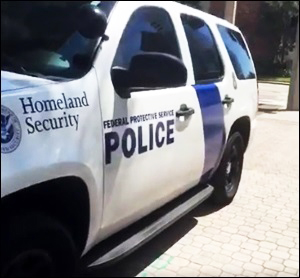 Update: This article has been updated to correct the spelling of Mavi Ramirez last name.