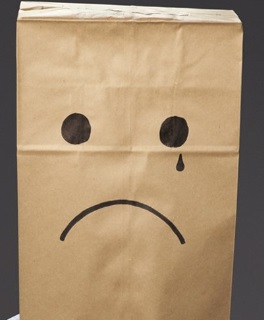 Yesterday we read two articles: one made our blood boil, the other broke our hearts.

Let’s start with the first. Bloomberg News seems to be on a roll with Jamie Dimon, Chairman and CEO of JPMorgan Chase. First it put him on the cover of its relaunched Bloomberg Markets magazine and then followed up with a Bloomberg TV promotion for the article, suggesting that Jamie Dimon is all about the customer – a concept so divergent from the facts on the ground that we devoted a column to it in March. Neither the article nor the TV promotion mentioned the fact that under Dimon’s leadership, the bank was been charged with three criminal felony counts between 2014 and 2015 for decidedly non-customer friendly behavior while simultaneously rewarding Dimon with obscene pay.

Yesterday, former New York City Mayor Mike Bloomberg, whose net worth is placed at $43.5 billion according to Forbes, teamed up with one of his largest customers, fellow billionaire Jamie Dimon, to jointly write an opinion piece for the media site which carries the name and majority ownership of Mike Bloomberg. Some might see that as a bit of a conflict and/or co-branding in an OpEd. Mike Bloomberg’s wealth derives primarily from the Bloomberg terminal, of which there are hundreds of thousands populating the trading floors of Wall Street behemoths like JPMorgan Chase around the globe.

Mike Bloomberg and Jamie Dimon selected a curious topic – high school vocational education — subtly suggesting that the largest wealth and income inequality in America since the early 1900s might somehow be rectified if high schools trained students for blue collar jobs. The new writing duo mapped it out thusly:

“We will not solve the critical challenges of poverty, underemployment, wage stagnation and bulging prisons unless we get serious about investing in effective programs that prepare kids who are not immediately college-bound for middle-class jobs.”

For those who would like a closer look at Mike Bloomberg’s prior meddling in public education, we heartily recommend Chapter Two of the Neil Fabricant book, “Mike! Wall Street’s Mayor,” which examines in detail what happened after 2002 when Bloomberg took control of the public schools.

We can understand why two billionaires making their living from Wall Street – currently structured as the greatest wealth transfer scheme in history – would want to distract the public from the facts being presented by Presidential candidate, Senator Bernie Sanders, to millions of Americans who are catching on for the first time. Sanders keeps pounding away on these key points:

“The reality is that since the mid-1980s there has been an enormous transfer of wealth from the middle class and the poor to the wealthiest people in this country. That is the Robin Hood principle in reverse. That is unacceptable and that has got to change.

“There is something profoundly wrong when the top one-tenth of one percent owns almost as much wealth as the bottom 90 percent.

“There is something profoundly wrong when 58 percent of all new income since the Wall Street crash has gone to the top one percent.

And, of course, Wall Street billionaires are none too happy that Bernie Sanders is promising to provide free public college by placing a speculation tax on Wall Street. As Sanders notes in his detailed plan:

“The cost of this $75 billion a year plan is fully paid for by imposing a tax of a fraction of a percent on Wall Street speculators who nearly destroyed the economy seven years ago. More than 1,000 economists have endorsed a tax on Wall Street speculation and today some 40 countries throughout the world have imposed a similar tax including Britain, Germany, France, Switzerland, and China. If the taxpayers of this country could bailout Wall Street in 2008, we can make public colleges and universities tuition free and debt free throughout the country.”

Free public college goes right to the heart of Wall Street’s and JPMorgan Chase’s empire of home equity loans and credit cards that millions of Americans are currently forced into in order to pay for their children’s college education, burying many in debt for a lifetime.

Which leads us to the heartbreaking and Pulitzer-worthy article by Neal Gabler at The Atlantic. Gabler, a man with two grown daughters, makes the ultimate sacrifice for changing the dialogue in America by publicly disclosing his own financial struggles, despite a graduate degree and an impressive resume. Gabler brilliantly walks us through the studies showing what he has acutely come to understand:

“Many of us, it turns out, are living in a more or less continual state of financial peril. So if you really want to know why there is such deep economic discontent in America today, even when many indicators say the country is heading in the right direction, ask a member of that 47 percent. Ask me.”

The 47 percent refers to a study conducted by the Federal Reserve which, writes Gabler, “asked respondents how they would pay for a $400 emergency. The answer: 47 percent of respondents said that either they would cover the expense by borrowing or selling something, or they would not be able to come up with the $400 at all. Four hundred dollars! Who knew? Well, I knew. I knew because I am in that 47 percent.”

The reality is that there is not only an institutionalized wealth transfer system occurring on Wall Street but that former Mayor Bloomberg effectively built a Praetorian Guard out of the New York City Police Department to brutally scuttle efforts to realign our crippled democracy. We offer as evidence this stunning video, submitted in a court case, of Occupy Wall Street protestors being savaged by the Mayor’s Praetorian Guard while news photographers were thwarted from recording what was happening.

Most Americans are also ignorant of the fact that the New York City Police Department has joined ranks with Wall Street in a sprawling surveillance operation that spies on law-abiding citizens, which, outrageously, has been funded by the public purse. Thanks to thousands of street cameras owned by either Wall Street firms or New York City and high tech surveillance technology, Wall Street personnel can now sit elbow to elbow with the NYPD, monitoring the minute-to-minute moves of potential Wall Street whistleblowers or protestors who desire to challenge this system of enforced poverty for the masses and obscene wealth for the one percent. (Read our in-depth report here.)

As we have repeatedly cautioned our readers, a truth-talker and change-maker like Senator Bernie Sanders comes along once in a lifetime. Americans’ window for real, lasting change will slam shut if Wall Street-funded Hillary Clinton becomes the Democratic Presidential candidate. Do not take this political season casually.