Why the Stock Market Is Freakin’ Out 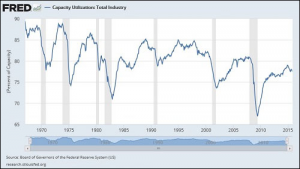 While you were sleeping, things got decidedly uglier in global markets. The Chinese stock market was only able to stay open for 29 minutes before it hit its ridiculously low limit-down of 7 percent and shut down for the balance of the trading session. (U.S. stock markets require a loss of 20 percent before they cease trading for the day.)

That sent global investors wanting to lighten up on equities into European markets which saw red across the board. With the overnight rout, global stock markets have now lost approximately $2.5 trillion this week – and it’s only Thursday.

Further declines in the price of crude oil added to the angst with the cumulative losses marking the worst ever New Year’s start for oil. The U.S. domestic benchmark, West Texas Intermediate (WTI), at one point dropped below a $33 handle.

China set off the panic selling by cutting its reference rate on the Yuan by another 0.5 percent which set currencies of developing countries skidding. Market fears in the U.S. are that the U.S. will be unable to sustain the Fed’s hoped-for 2 percent inflation target as we continue to import deflation from China. According to the U.S. Census Bureau, through November of 2015, the U.S. had imported $443.9 billion in goods from China. The second and third largest sources of imports to the U.S. are Canada and Mexico at $271.6 billion each through November.

The rise in the U.S. Dollar over the past year (built on Fed rate hike talk) is exacerbating the deflation problem at home as the inflated Dollar means U.S. consumers can effectively pay less for imported goods that are priced in devalued currencies from our trading partners.

What is playing out now in stock prices has been building throughout 2015 with clear warning signals that many chose to ignore or downplay – including the market oversight regime.

The crash in commodities has been a clear signal for some time that the slowdown in China, a major buyer of industrial commodities, was far greater than China’s government was acknowledging.

Another red flag was the bizarre breadth of the U.S. stock market as measured by the Standard and Poor’s 500. The S&P fell only 0.7 percent in 2015 but six of its 10 industry sectors were in the red for the year. The market, effectively, was propped up by a handful of stocks while companies underpinning a healthy, growing economy imploded in share price. Huge moves in Netflix (up 133 percent in 2015) and Amazon (up 116 percent) helped to mask wide spread deterioration in other sectors. Chesapeake Energy lost 77 percent in 2015 while other energy or commodity-related companies lost 30 to 70 percent of their value.

Markets will trade on euphoric misperceptions for only so long – even with legions of Federal Reserve speechmakers running around the country telling the populace that the economy is doing fine (despite an abysmal labor participation rate). Then ugly reality sets in.

We’ve posted above the Capacity Utilization chart for total industry in the United States, reaching back to the 1960s. Capacity Utilization measures how much of U.S. productive capacity at plants and mines and utilities are actually being used in response to demand. Declining rates of utilization mean there is too much slack in the economy, suggesting that sufficient numbers of consumers cannot afford to purchase the goods or output that could be produced at 100 percent utilization.

Declining levels of capacity utilization are consistent with high levels of income inequality – an earmark of Wall Street’s stranglehold on America since the repeal of the Glass-Steagall Act in 1999. Declining capacity utilization invariably leads to layoffs, permanent terminations, plant closings, with corresponding declining levels of disposable consumer income to spend at companies like Amazon and Netflix.

In other words, whatever was propping up the stock darlings of 2015 should not be relied on in 2016.