A Big Bank Regulator and a Big Bank: Both Warn of Financial Risks

On Sunday, Bank of America – the parent of Merrill Lynch and its more than 15,000 financial advisors – released a report calling the outlook for markets next year “perilous” and warning that “markets have not priced in quantitative failure.” The report came from Michael Hartnett, Bank of America’s Chief Investment Strategist and his team.

Yesterday, Thomas Curry, head of the Office of the Comptroller of the Currency (OCC) which regulates all national banks in the U.S., gave his second speech in a week and a half, using both occasions to warn of increasing credit risks at the biggest banks.

“Just over the last two years, the key ratio of the loan loss allowance to total loans dipped by more than 40 percent. Although banks have argued, with some justice – and please note the qualification – that improvements in loan quality justified those reserve releases, drawdowns of that magnitude are clearly disproportionate…” 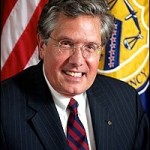 On October 21, Curry told an audience at an Exchequer Club luncheon in Washington, D.C. that “we are clearly reaching the point in the cycle where credit risk is moving to the forefront.” Curry said potentially problematic areas include leveraged loans, home equity lines of credit, subprime auto loans, and commercial real estate.

The first obvious thought that arises is that the big banks may be padding their profit picture by under-reserving for loan losses. The second thought that arises is why their regulator is allowing them to do that when he is simultaneously conceding that credit risk is accelerating. The final thought is that Curry may hail from the same school of cognizant capture as Bill Dudley, President of the New York Fed, believing that jawboning will whip the serially malfeasant banks into shape. That’s the fantasy-land view that played a significant role in the 2007-2009 financial crash, culminating in the greatest economic implosion since the Great Depression.

According to an article at Bloomberg Business yesterday, Bank of America’s Michael Hartnett is calling attention to how much central bank policies of zero rates and quantitative easing, which globally have injected $12.4 trillion of liquidity into markets, have done for Wall Street while shortchanging average Americans. If that sounds like a nuanced rendition of the Occupy Wall Street message of “Banks got bailed out, we got sold out,” well, uh, it is.

“Zero rates and asset purchases of central banks have, thus far, proved much more favorable to Wall Street, capitalists, shadow banks, ‘unicorns,’ and so on than it has for Main Street, workers, savers, banks and the jobs market.”

Bloomberg notes further from the report that “An investment of $100 in a portfolio of stocks and bonds since the Federal Reserve began quantitative easing would now be worth $205. Over the same time, a wage of $100 has risen to just $114.”

This raises the question as to whether those corporate stocks and bonds are dramatically inflated in value. It is, after all, the wage earner who needs the disposable income to buy the goods and services of those corporations issuing the stocks and bonds. With a slowdown in two of the major export markets of the U.S., Canada and China, the domestic wage earner in the U.S. becomes even more important.

“If the secular reality of deflation and inequality is intensified by recession and rising unemployment, investors should expect a massive policy shift in 2016. Seven years after the West went ‘all-in’ on QE and ZIRP [Zero Interest Rate Policy], the U.S./Japan/Europe would shift toward fiscal stimulus via government spending on infrastructure or more aggressive income redistribution.”

There is no question that deflation is gripping much of the globe. According to Bloomberg data, the average yield on sovereign debt in Europe due within five years just clocked in at a minus 0.025 percent, the lowest on record.

The view that the U.S. might have to throw in the towel on central bank monetary policy riding to the rescue of the economy in 2016 stems from two realities. First, the U.S. central bank, the Federal Reserve, has no bullets left in its gun. It can’t cut interest rates further because it’s already at the zero interest rate bound range. Secondly, its balance sheet is already at an unprecedented $4.485 trillion as a result of past quantitative easing programs.

Then there is the fact that a populist fervor is engulfing the race to the White House – suggesting that those who don’t get on board rebalancing the interests of the country to help Main Street and away from the Wall Street-centric Fed will be joining the ranks of the unemployed.