The Real Reason Global Stocks Are Flashing Red this Morning 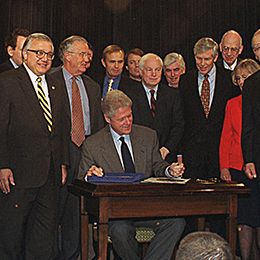 The average American, scraping to get by, put food on the table, pay the mortgage, has no time at all to drill down and root out the real facts that would enable him or her to separate propaganda from the economic reality facing the U.S. and the rest of the globe.

That’s why we created Wall Street On Parade. It’s a labor of love for our fellow citizens to give you a meaningful jungle guide to survive this era of unprecedented corruption and hubris with a roof still over your head and a shirt on your back.

In a few years, when you look back, you’ll realize “jungle guide,” if anything, was a serious understatement.

This morning stock markets around the globe are flashing red. The perceived wisdom is that the news driving stocks lower is a report out of China that its imports plunged 17.7 percent year over year in September, the 11th straight decline.

Make no mistake about it, just as Lehman Brothers was set up to take the fall for triggering the 2008 collapse, China is being groomed as the new scapegoat for the coming crisis. But China’s economic slump is only a symptom, not the disease.

In reality, the dark, gathering, economic storm clouds are merely the second leg of the 2008 financial collapse, set in motion on November 12, 1999 when President Bill Clinton, surrounded by Wall Street sycophants, signed the Gramm-Leach-Bliley Act (also known as the Financial Services Modernization Act of 1999) which repealed the Glass-Steagall Act of 1933, legislation which had kept our financial system safe for 66 years. A short 9 years later, the U.S. financial system collapsed in the greatest upheaval since the Great Depression.

Tonight, Bill Clinton’s spouse, Hillary Clinton – who has no intention of restoring the Glass-Steagall Act to separate insured banks from high-risk, stock speculating investment banks and their star wars derivatives operations — will deliver her pitch to the American people as to why she’s fit to extend the Clinton dynasty at the White House. This will be the first Democratic Presidential debate of the primary season and we urge our readers to watch. The debate will air at 8:30 p.m. ET on CNN which is hosting the event.

In the meantime, it might be a good idea to reflect on the underlying concerns of the stock market. On September 24, Caterpillar took a machete to its prior earnings outlook for 2015 and said it will cut its headcount by as many as 10,000 jobs through 2018. These big, multinational job cut announcements have been coming since last December: American Express, 4000; Coca Cola, 1600 to 1800; IBM, at least 2000 with rumors suggesting the number is far higher; Schlumberger, 9000; Baker Hughes 7000; U.S. Steel 750.

It’s not just China that’s the problem. In its second quarter earnings conference call, Caterpillar had this to say:

“We’ll start with Construction Industries, which was down 18% and down in all regions. Latin America was the most significant decline, down 47%, and that was mostly a result of weak demand in general, and in particular Brazil, and also absent of a large order that we had from the Brazilian government from last year. Asia-Pacific region was down 30%, with much of that decline in China and Japan…In the Europe, Africa, Middle East region, Construction Industry sales were down 18% …”

The reality is that the repeal of Glass-Steagall ushered in the greatest wealth transfer scheme in the history of America, allowing six mega banks in America to control the vast majority of insured deposits, use those taxpayer-backed deposits to gamble for the house, loot the bank from the inside by paying billions of dollars to select employees and customers and then hand the gambling tab to the taxpayer when the casino burns down. This model is a staggering headwind on both U.S. and global growth because it has created the greatest wealth and income inequality since the Great Depression.

Earlier this year, Steve Ricchiuto, Chief U.S. Economist at Mizuho Securities USA, appeared on CNBC to help viewers get a grip on economic reality. Ricchiuto had this to say:

“…I keep hearing over and over again in the financial press about this acceleration in economic growth. That isn’t happening. Last month we had a horrible retail sales number. We had a horrible durable goods number. We’re likely to have a very disappointing retail sales number coming forward. This month we’ve had a strong payroll number – we say everything’s great. It’s not great. It’s running where it’s been. It’s been the same thing for the last five years. There’s no improvement in the economy.”

“While the Great Recession of December 2007 to June 2009 ended over five years ago, the recovery has been characterized by very slow growth. The Congressional Budget Office has recently released projections of real (inflation adjusted) GDP growth through 2025. If these projections turn out to be correct, real GDP for the U.S. will never return to its pre-Great Recession growth path. This projected decrease in potential GDP is unprecedented, as almost all postwar U.S. recessions, postwar European recessions, slumps associated with European financial crises, and even the Great Depression of the 1930s were characterized by an eventual return to potential GDP.”

What will it take for our fellow citizens to raise their fists in the air and say “ENOUGH” to the Clinton dynasty and their 1 percent Wall Street Democrats. What will it take to rally Democrats from their stupor and restore the Democratic Party to the party that could actually level the playing field in America.