As Glencore Is Compared to the Fall of Lehman, It Shows Up in Kids’ 529 College Plans 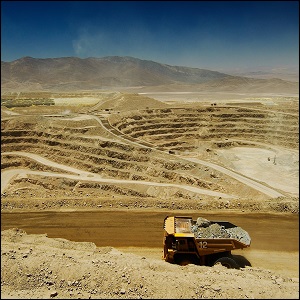 Stocks were variously spiking and tanking from moment to moment in early morning trade and much of the problem resides in one eight letter word – Glencore. The Switzerland-based industrial metals producer and commodity trading firm has lost over 75 percent of its share value this year, dumping 29 percent of that just yesterday. Two of the major credit ratings agencies, Moody’s and Standard & Poor’s, have stated they may downgrade the debt of the company. Credit markets have effectively made those rating outlooks moot and already started trading the debt as junk. The Lehman Brothers’ analogy is being made by market pundits.

As if all of this weren’t causing enough market angst, yesterday UK investment firm Investec issued a research report on Glencore, suggesting that shareholders could be wiped out if low raw material prices persist. The report stated: “In effect, debt becomes 100% of enterprise value and the company is solely working to repay debt obligations.”

The market has watched the cost of buying Credit Default Swaps (CDS) on Glencore debt jump dramatically and the added worry is just which financial institutions are on the hook to pay on those bets. That same kind of opacity persisted during the Lehman debacle, leading to credit markets seizing up.

Against this backdrop, the last place one would expect to find shares of Glencore is in college savings plans known as 529 plans. But according to a report from Morningstar, as of June 30, 2015, six VA CollegeAmerica 529 funds were holding a total of 179 million shares of the American Depository Receipts (ADRs) of Glencore (symbol: GLCNF). While the stakes represent a small percentage of the total assets in each fund, one has to wonder why the shares were not sold as the stock went into a nosedive beginning in December of last year.

Mutual funds report their portfolio holdings on a delayed basis so the 529 plans may have since sold their shares. But as of June 30, 2015, Morningstar reports that 179 million shares were still in the portfolios and that one of the 529 plans, the VA CollegeAmerica EuroPacific Growth Fund had increased its stake by 47.56 percent.

CollegeAmerica is managed by the well known mutual funds company, American Funds. Its web site says it “launched in 2002,” is the “nation’s largest 529 plan,” manages assets “topping $45 billion” and has been chosen by “1 million families nationwide.”

Recalling the research conflicts that got Citigroup’s Jack Grubman barred from the industry for life, Citigroup has been hired as an advisor to Glencore and is also issuing a buy rating on the stock.

Tragically, nothing ever seems to materially improve on Wall Street – even after the greatest financial collapse since the Great Depression.