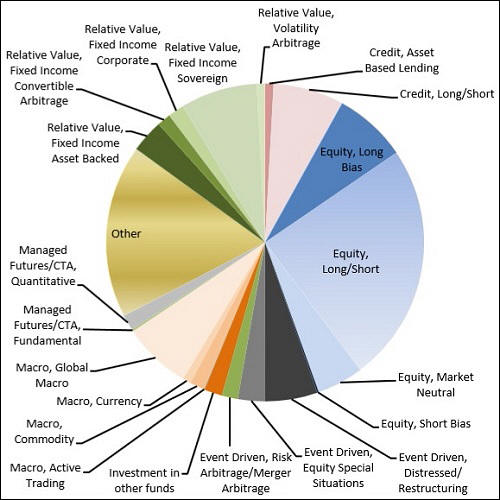 The Dodd-Frank financial reform legislation just celebrated its fifth anniversary on July 21 and the gaping holes it left in the promise to protect our Nation from another systemic financial crash are becoming clearer every day. No other agency has done more to highlight these growing risks than the Office of Financial Research (OFR), created under Dodd-Frank as a unit of the U.S. Treasury. In its most recent report, it provides the stunning news that private hedge funds in the U.S. now control one-third of all assets under management in the financial services industry – a stunning $4.1 trillion when leverage is included.

In February of this year, OFR released a jaw-dropping report showing dangerous levels of systemic and interconnected risk among some of the same Wall Street players that held pivotal roles in the crash of 2008. The report found that five Wall Street banks had high contagion index values — Citigroup, JPMorgan, Morgan Stanley, Bank of America, and Goldman Sachs.

On June 11, OFR released a paper warning that banks were up to their old tricks again, using dodgy “capital relief trades” with unknown counterparties in order to hold less capital than would otherwise be required against potential losses. And regulators remain in the dark about the extent of these trades because the banks have reporting loopholes.

Last Thursday, the OFR was back on its bully pulpit again, this time warning that transparency as to what hedge funds are really up to is as clear as mud, despite efforts under Dodd-Frank to provide greater visibility on the levels of systemic risk they might be introducing into the financial system. The report makes the startling finding that assets under management (AUM) at hedge funds, adding in the leverage factor, as of December 2013 “was about $4.1 trillion, in sharp contrast with the approximately $2.6 trillion industry aggregate AUM estimated from public sources as of that date.”

Title IV of Dodd-Frank required that hedge funds must register with the Securities and Exchange Commission (SEC), maintain records regarding their activities, and file reports with the SEC “as necessary and appropriate in the public interest and for the protection of investors, or for the assessment of the systemic risk.” In 2011, the SEC and the Commodity Futures Trading Commission (CFTC) boiled those requirements down into a reporting form called the “Form PF.”

The problem, according to a highly credible report from the OFR, is that there is enough wiggle room in that Form PF to launch an aircraft carrier. OFR’s report found, specifically, that Form PF “may obscure reporting funds’ actual risks.” If the public wants to have a look at the portfolio holdings or strategies the hedge funds are reporting on Form PF, they can’t. It’s confidential between the respective hedge fund and regulators. There had also been proposals that the data filings should be certified as accurate under penalty of perjury. That was gutted from the final rule.

One criticism lodged in the OFR report is the use of VaR data (value at risk) on the reporting form. The report recommends that “additional reporting of a more diverse set of risk measures could improve the precision of the form’s risk measurement.” The ability to game VaR played a key role in the $6.2 billion in losses at JPMorgan Chase in 2012. That trading fiasco became known as the London Whale: traders in London engaged in high risk derivative trades using bank depositors’ funds at the commercial bank of JPMorgan Chase.

The danger of a giant hedge fund setting off a chain reaction that could implode the whole U.S. financial system is not far-fetched. In 1998, a derivatives debacle at the insanely leveraged Long-Term Capital Management hedge fund (LTCM) posed just such a systemic threat, leading the Federal Reserve Bank of New York to effectively put a gun to Wall Street’s head to bail it out.

The only difference between then and now is that hedge funds are massively larger while regulators still have their heads securely perched in the sand.

The impressive report from the OFR was written by: Mark D. Flood and Phillip Monin, both with OFR, and Lina Bandyopadhyay of the Federal Reserve Bank of Chicago.