When China Sneezes, the U.S. Stock Market Could Catch a Bad Cold 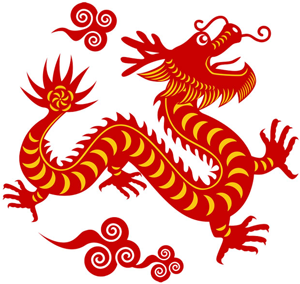 According to the Office of the U.S. Trade Representative, “China was the United States’ 3rd largest goods export market in 2013.” That’s the latest year that data is available. The total of U.S. exports to China in 2013 reached $122.1 billion, a 10.4 percent increase over 2012.

According to a March report from FactSet, “companies in the S&P 500 in aggregate generate about 10 percent of sales from the Asia Pacific region, most of which comes from China and Japan.”

On Monday, China’s Shanghai Composite Index fell 8.48 percent (it was off another 1.7 percent at the close on Tuesday, closing at 3,663). From a June 12 high of 5,166, the Shanghai Composite is now off 29 percent in less than two months and the roller coaster ride which had seen as much as $4 trillion in investor losses earlier this month is spilling over into U.S. markets. Many S&P 500 stocks have far greater sales exposure to China than 10 percent.

Along with the troubles in China, the U.S. economy is facing a rash of equally serious headwinds. Canada has now entered a technical recession with two back to back quarters of contraction this year. Canada is the number one export market for U.S. goods, buying $312 billion from the U.S. in 2014 or 19.2 percent of all U.S. exports.

The U.S. also has the headwind of a stronger U.S. Dollar, making our exports less competitive than those from countries with depressed currencies. And, quite significantly, capital expenditures from U.S. energy companies have taken a bruising because of the dramatic plunge in crude oil prices. As we reported in December:

“There is a mushrooming false narrative taking over the business airwaves: lower oil prices lead to lower prices at the pump which put more cash in consumers’ pockets which will lead to a more robust economy in the United States in 2015.

“Yes, there are certainly lower prices at the pump. Yes, that gives consumers more disposable income. But it will decidedly not lead to a more robust economy in the United States for very long…If this price collapse were happening in just crude oil, it could be shrugged off as a supply glut problem attributable to growing shale production in the U.S. and over production among OPEC members. But other industrial commodities are in freefall as well.”

And in January we reported on the impact from energy companies scaling back capital goods expenditures:

“Television pundits and business writers who are relentlessly pounding the table on how cheaper home heating oil and gas at the pump is going to provide a consumer windfall and ramp up economic activity have a simplistic view of how things work.

“The announcements coming out of the oil patch are picking up steam and it’s not a pretty picture. Last week Schlumberger said it would eliminate 9,000 jobs, approximately 7 percent of its workforce, and trim capital spending by about $1 billion. Yesterday, Baker Hughes, the oilfield services company, announced 7,000 in job cuts, roughly 11 percent of its workforce, and expects the cuts to all come in the first quarter. Baker Hughes also announced a 20 percent reduction in capital spending. This morning, the BBC is reporting that BHP Billiton will cut 40 percent of its U.S. shale operations, reducing its number of rigs from 26 to 16 by the end of June.

In less than two years, West Texas Intermediate, the U.S. benchmark crude oil, has dropped in price from $110 to $47.26 this morning, a stunning collapse of 57 percent.

Against this revealing backdrop on the health of the global economy, Fed Chair Janet Yellen continues to suggest that the U.S. economy is likely to normalize at any moment to the point that the Fed will have to hike interest rates to dampen an overheating economy. Welcome to Wonderland.