Yesterday, beginning at 11:32 a.m. and for the next three hours and forty minutes, the iconic New York Stock Exchange shuttered trading in all of its listed securities. The Exchange said it had experienced an internal glitch.

Unknown to most Americans, some of those shuttered stocks on the New York Stock Exchange were Chinese stocks and among the largest capitalized companies in the world. More than 100 Chinese companies trade on U.S. stock exchanges as American Depository Receipts (ADRs) and almost 200 Chinese company ADRs trade over-the-counter in the U.S. (Individual shares are referred to as ADS, American Depository Shares.) Last year, Thomson Reuters estimated the market value of Chinese companies listed on just the New York Stock Exchange and Nasdaq Stock Market at more than $1.4 trillion.

With the Chinese stock market rupturing over the past week and trading in more than a thousand stocks suspended in China, the spillover has hit the U.S. market hard.

According to PricewaterhouseCoopers’ March 31, 2015 list of the largest 100 global companies by market cap, there are 11 Chinese companies in that group. We took a look at trading in just two of those names yesterday, China Mobile and China Life Insurance, both of which trade as ADRs on the New York Stock Exchange.

We looked at how China Mobile and China Life Insurance traded before, during and after the New York Stock Exchange halted trading in all of its securities. An interesting pattern emerged. (See charts below.) After volume spikes in the morning prior to the trading halt by the Exchange, volume was subdued during the hours the Exchange remained closed. (Other trading venues are supposed to pick up the slack when an exchange goes dark.)  Then volume picked up again when the Exchange reopened. China Mobile closed down 5.38 percent yesterday while China Life Insurance dropped 6.65 percent in New York trading.

If Wall Street firms were afraid of roiling Chinese stocks further with huge volume and panic selling in the U.S., the subdued volume during the three hour and forty minute halt at the NYSE came in handy.

Americans are also largely in the dark about the fact that since 2010, the Securities and Exchange Commission (SEC) has brought dozens of fraud cases against China-based firms and more than four dozen of those firms have been deregistered from U.S. exchanges – unfortunately not before U.S. investors have been fleeced.

Dozens of the Chinese frauds resulted from reverse mergers. That process permits private companies, including those located outside the U.S., to access U.S. stock markets by merging with an existing publicly-traded shell company. Some of the frauds, however, involved Chinese companies that went through a regular Initial Public Offering (IPO) process and used large Wall Street firms as underwriters. Even worse, the potential for continued accounting fraud on the part of Chinese listed companies still exists as a result of a sell-out settlement by the SEC in February of this year.

In January of last year, the SEC had won a ruling from an administrative law judge, Cameron Elliot, barring the Chinese affiliates of the Big Four accounting firms from leading audits for companies listed on U.S. exchanges for six months as a result of their refusal to turn over their audit work papers on companies under investigation by the SEC. The accounting firms had argued that they had to refuse turning over the documents in order to avoid violating state secrecy laws in China. The accounting firms involved were Deloitte Touche Tohmatsu CPA Ltd., Ernst & Young Hua Ming LLP, KPMG Huazhen and PricewaterhouseCoopers Zhong Tian CPAs Ltd. One accounting firm, BDO China Dahua Co., Ltd., received only a censure since it had already withdrawn as a registrant in the U.S. market.

With a scathing court decision against the auditors in hand, the SEC had the power to ensure it got the audit papers it needed in the future to safeguard U.S. markets. Instead, on February 6 of this year, the SEC folded like a cheap suit. It fined each of the accounting firms $500,000 and got an admission that the auditors did not produce the documents before the proceedings were instituted against them. The SEC was still going to allow them to route its requests for audit papers through the Chinese regulator, who remained free to refuse the request.

“SEC Commissioners decided this month not to suspend the Chinese audit firms or penalize them beyond token fines of $500,000 — less than an average partner’s salary. In return, the firms agreed to follow certain procedures for conveying audit information to the SEC through Chinese state regulators. Yet Chinese authorities aren’t even a party to the settlement, so they remain as free as ever to stymie future investigations.”

The editors added: “The upshot is that investors in U.S. capital markets still lack basic protections against Chinese fraudsters.”

For once, we completely agree with the editorial page of the Wall Street Journal. 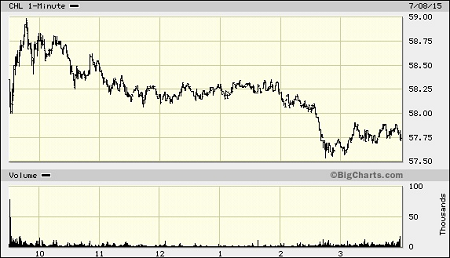 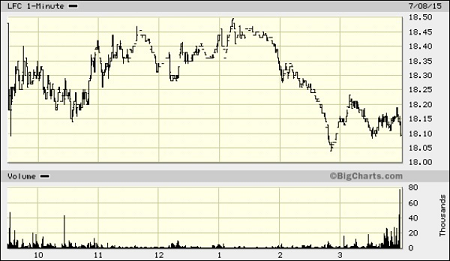