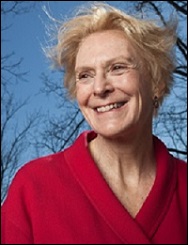 The U.S. Justice Department has yet to summon the courage to bring a criminal courtroom trial against JPMorgan’s top executives but a serious public trial is underway nonetheless at the website www.JPMadoff.com.  Originally styled as a venue for the public to read a free chapter a month of the book, JPMadoff: The Unholy Alliance Between America’s Biggest Bank and America’s Biggest Crook, the two attorneys who created the site have now moved into their grand jury stage, presenting hard evidence in Chapter 5 on why RICO charges can, and should, be brought against top executives at JPMorgan Chase.

The book’s authors and site creators are Helen Davis Chaitman and Lance Gotthoffer. Chaitman is a nationally recognized litigator and author of The Law of Lender Liability. She is also a Bernie Madoff victim who lost a large part of her life savings to his Ponzi scheme and then tenaciously represented other victims of his fraud in district and appellate courts.

Gotthoffer has practiced law for almost four decades, including landmark financial litigations. Gotthoffer served as lead counsel for a consortium of major banks in the 90s in what was at the time the largest bank fraud in U.S. history by Arochem executives, an oil company. Gotthoffer’s banking clients sued Chase Bank, a forerunner to JPMorgan Chase, and accounting firm, Ernst & Young, for not doing enough to prevent the fraud. Gotthoffer argued the only successful appeal arising from the cases before the Second Circuit Court of Appeals.

As the veteran lawyers have peeled back the layers of deceits and serial crime charges at JPMorgan Chase in their intensive online investigation; as multi-billion dollar settlements are handed out by regulators and the Justice Department and those committing the crimes go scot-free; their passion to see justice served has escalated. The authors wrote recently: “This country cannot move forward with integrity until it faces the fact that bankers have criminalized the financial services industry. We, the people, have to demand an honest government that enforces the law, even against super-rich criminals.”

Chaitman and Gotthoffer believe that RICO, the Racketeer Influenced and Corrupt Organizations Act, is “the perfect tool” to bring JPMorgan to heel. The lawyers explain RICO to their readers as follows:

“In enacting RICO, Congress meant business. This powerful law enforcement weapon requires proof that the defendant committed ‘at least two acts of racketeering activity’ within a ten year period, that are related to financial gain. The predicate acts are drawn from a list of 27 federal and eight state law crimes. They include the typical mob crimes like murder, kidnapping, gambling, arson, robbery, extortion, and drug dealing. But the predicate acts also include a lot of the crimes committed by Wall Street banksters in order to enrich themselves at the expense of others, such as bribery, mail and wire fraud, fraud in the sale of securities, embezzlement, financial institution fraud, obstruction of justice, tampering with or retaliating against a witness, victim or informant, and money laundering.”

To emphasize and crystallize the serial nature of JPMorgan’s recurring crimes, Chaitman and Gotthoffer have created a breathtaking “Wheel of Misfortune.” The Wheel shows that over the past four years, JPMorgan Chase has paid a stunning $29 billion to settle 25 different claims that it violated the law and defrauded either the public or its customers. The authors write: “These are not isolated incidents; the pattern is clear. JPMorgan Chase has a culture — like the mob — where anything goes so long as it is profitable. This is precisely the kind of pattern of criminal activity that RICO was intended to target.”

The Wheel pinpoints crimes that are as unconscionable as they are systemic: overcharging active duty military on mortgages and illegally foreclosing on their homes while they put their life at risk for their country; billing customers for credit monitoring services that never existed; rigging California and Midwest electric markets, and on and on.

Just last Friday we wrote at Wall Street On Parade about a lawsuit filed a few months ago against JPMorgan Chase by Christ Church Cathedral of Indianapolis. The Cathedral’s endowment funds ended up at JPMorgan through a series of bank mergers. The endowment funds were earmarked for things like feeding and sheltering the homeless, stocking food banks for the hungry, and providing needed sabbaticals for weary pastors. Instead, according to the lawsuit, JPMorgan turned the endowment into its personal piggy bank through “self-dealing,” “fraudulent misrepresentation,” “toxic investment products,” resulting in “the surreptitious transfer of wealth from the Christ Church Trusts to JPMorgan.”

The authors sum up what’s at stake if the American people don’t start pounding on the doors of Congress or lighting up their phone lines:

“Until the American public insists on prosecution of Wall Street banksters, our elected officials will simply continue to accept contributions from Wall Street in exchange for a tacit agreement to look the other way. We have all seen the correctness of Aristotle’s observation that: ‘At his best, man is the noblest of all animals; separated from law and justice, he is the worst.’ ”