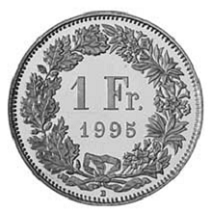 U.S. stock and bond markets are closed today in honor of Martin Luther King, Jr. but market turbulence continues around the world.

Last night the Shanghai Composite stock market index plunged 7.7 percent after the China Securities Regulatory Commission announced a crackdown on the margin lending operations of the country’s three largest brokerage firms. The firms were given a three-month ban on opening new margin accounts. According to the regulator, the brokerages had been failing to reassess risk before extending margin loans beyond a six-month term.

The China upheaval comes on the heels of a plunge in industrial commodity prices over the past six months with crude oil falling almost 60 percent in that period.

Then there was last Thursday’s shock and awe from the Switzerland central bank’s decision to remove the 1.2 cap on the Swiss Franc’s peg to the Euro. While the U.S. Federal Reserve tries to provide forward guidance to prepare markets for its next moves, Switzerland’s central bank, the Swiss National Bank (SNB), stunned currency markets with no advance warning. The shock of the announcement sent the Swiss Franc soaring to a 30 percent gain over the Euro in the minutes following the announcement, delivering global pain to wrong-way currency bets.

The trail of currency losses from the Swiss move is in the billions of dollars and growing, impacting big banks, hedge funds, currency dealers, and unknown counter-parties. Barron’s Wayne Arnold is calling the move “Franc-mageddon.” The Financial Stability Oversight Council, which includes representatives from all of Wall Street’s regulators, is reviewing the losses experienced by U.S. institutions.

Bloomberg News is reporting this morning that three global banks, Citigroup, Deutsche Bank AG and Barclays PLC have cumulative losses from the action by the Swiss National Bank of approximately $400 million. Citigroup’s trading desk is said to have lost more than $150 million of that amount.

But Citigroup’s trading desk is far from the only area of Citigroup which may have suffered losses. As Wall Street On Parade reported last August, Citigroup’s bank, Citibank, was offering its depositors the ability to obtain 5 times leverage to trade in the high risk world of currencies. Citibank could be on the hook for any losses its customers can’t cover.

The Financial Times is reporting that New York based currency broker, FXCM, was a prime brokerage client of Citigroup “with potentially tens of millions of dollars of credit extended” to them by Citigroup. FXCM experienced heavy customer losses and required a $300 million emergency loan from Leucadia National. Thus far, there has been no comprehensive report on Citigroup’s total losses firm wide from the Swiss franc fallout.

The largest loss known to date from last week’s action by the Swiss National Bank occurred at Everest Capital’s flagship hedge fund, Everest Capital Global. According to reports from Reuters, the Wall Street Journal and Bloomberg News, the flagship fund will close after being essentially wiped out from a bet the Swiss Franc would fall in value. (Other funds at the firm plan to remain open.) The company was believed to have lost almost all of the flagship fund’s assets of approximately $830 million, according to the news reports. How a “hedge” fund could wipe itself out on one strategy calls into question the very meaning of “hedge” fund. Expect to see a lot of customers scampering for the door at other hedge funds.

Wall Street’s largest banks extend billions of dollars in loans to hedge funds under a business segment known as Prime Brokerage. When a currency moves 30 percent in a matter of moments, the big banks are unable to demand additional collateral in adequate time to cover their exposure. If a customer is wiped out before the bank can obtain the additional collateral, the bank will have to record the loss. It could be days, or even weeks, before the extent of Franc-mageddon is known.

The opacity of the situation is likely to trigger a retrenchment in credit extension by the Wall Street mega banks until there is visibility on just which financial institutions have exposure or have experienced losses that have not yet been announced.

Having been blind-sided by the $6.2 billion in losses from JPMorgan’s London Whale trades in high-risk derivative bets in 2012, it is likely that bank examiners from the Office of the Comptroller of the Currency and the Federal Reserve have been earning some overtime this past weekend at the big Wall Street banks.

More market turbulence is clearly ahead as the Governing Board of the European Central Bank meets this Thursday and its President, Mario Draghi, is widely expected to announce some type of plan for Quantitative Easing, or QE,  (buying up the sovereign debt bonds of ECB members) at the conclusion of the meeting. The meeting comes at a time of disarray in sentiment with German newspapers editorializing against the QE action. German citizens widely believe that QE is a thinly disguised plan for German taxpayers to bail out the weaker Eurozone countries.

If the size of the QE announced by Draghi is vague or deemed inadequate, there could be more market spasms at the end of this week.