November’s Deflation Figures the Fed Would Rather You Not See 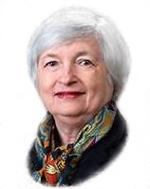 According to the U.S. central bank, the Federal Reserve, in its December 17, 2014 policy statement delivered by the Federal Open Market Committee, America has become a veritable oasis in a sea of economic turmoil. Economic activity is “expanding,” labor conditions have “improved further,” housing spending is “rising moderately,” business fixed investment is “advancing.” And that plunge in oil prices? Well, that’s going to be “transitory” and “dissipate.”

The Fed’s position that the United States can wave a magic wand and delink itself from the vicious deflationary forces besetting our trading partners is the stuff of fairy tales.

As of November 2014, annual rates of inflation as measured by the Consumer Price Index (CPI), showed that ten of our trading partners, mostly in the Eurozone, were experiencing deflation:

Another seven of our trading partners showed annualized inflation, as measured by CPI, below one-half of one percent:

Despite the U.S. central bank keeping its Federal Funds rate at 0 to ¼ percent for the past six consecutive years and ballooning its balance sheet to over $4 trillion in bond purchases in an effort to stimulate economic activity, U.S. inflation as measured by CPI is running at a tepid 1.3 percent on an annualized basis as of November, a drop from the October annualized reading of 1.7 percent.

CPI data for December, which will incorporate a further plunge in crude oil prices during the month, will be released on January 16, 2015 by the Bureau of Labor Statistics.

The deflationary trends captured in the CPI readings are being confirmed by market expectations on sovereign debt yields. Ten-year note yields or comparable maturities in Germany, Italy, Austria, Belgium, Finland, France and Ireland have set record lows this month.

The yield on the U.S. 10-year Treasury note, which is a closely watched indicator of future economic activity, has been falling instead of rising, despite the upbeat pep talk coming out of the Fed. If the U.S. economy was genuinely experiencing an expansionary trend, the yield on the 10-year Treasury would be rising in expectation of inflationary pressures coming from increased consumer demand. Instead, the 10-year Treasury has moved from a yield of 3 percent in January of this year to a yield of 2.18 percent this morning, briefly dipping below 2 percent in mid October.

The Fed may see its optimistic spin as a matter of national interest: if consumers were told of storm clouds ahead they might retrench, causing more rounds of store closings and layoffs and exacerbating deflationary trends. But by incessantly chatting up a rate hike coming in 2015, the Fed may be causing seniors who are desperate for an income stream on secure investments, to wait to lock in yields.

If that wait produces lower yields instead of higher ones, the Fed has done a serious disservice to struggling seniors and inflicted serious damage to its credibility. It won’t be helpful to the economy either, since seniors will have even less income to spend.