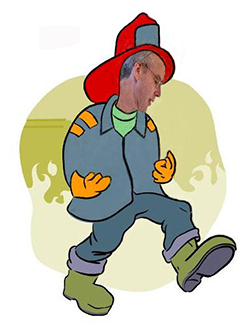 Dudley sits at the helm of the regional Fed bank that supervises the mega Wall Street banks that collapsed the U.S. economy in 2008. His ability to supervise either the Wall Street banks or his own institution has come into serious question. Recently, he told Senator Elizabeth Warren during a Senate hearing that he viewed his regulatory role over Wall Street not as a cop on the beat but “more as a fire warden,” making sure the banks don’t burn down. (Burning the country down is clearly another matter.)

The U.S. Senate Subcommittee on Financial Institutions and Consumer Protection called Dudley to testify on November 21. Darrell Delamaide, writing for USA Today, called Dudley’s demeanor at the hearing “slightly cocky.” It was that and more. At times, Dudley delivered his answers through clenched teeth, giving the impression that he viewed his inquisitors as dunces.

The hearing was triggered by a history of regulatory lapses at the New York Fed followed by the September release of internal tape recordings made by Carmen Segarra, a former bank examiner who says she was fired from her job at the New York Fed in retaliation for refusing to change her negative examination of Goldman Sachs. Portions of the tape recordings were released by ProPublica and public radio’s This American Life, showing a regulator willing to accept “legal but shady” as an acceptable business model for Wall Street rather than challenge the powerful, politically-connected banks.

Dudley’s ability to manage the New York Fed came under further doubt when the Federal Reserve’s Inspector General released a report in October indicating that New York Fed examiners had identified potential trouble in the Chief Investment Office at JPMorgan on multiple occasions. Despite recommendations for a comprehensive review of the unit, the Fed failed to conduct it. In 2012, it emerged via press reports that this unit of JPMorgan was making wild derivative bets with depositors’ money in London and had lost $6.2 billion of those funds. The incident became known as the London Whale scandal, triggering more Senate hearings.

After Dudley’s thoroughly discredited performance before Congress, one would have assumed that he would have been instructed by the Federal Reserve Board of Governors to maintain a low profile while they considered his future with the Fed. The Board of Governors announced the day before the Senate hearing that it would be conducting its own internal review as to whether bank examiners are allowed to express divergent views and if those views are getting through to decision makers.

But far from keeping a low profile, Dudley has decided to get out in the spotlight as a key spokesman on Fed monetary policy – making highly questionable predictions on everything from the drop in oil prices to the course the U.S. economy will likely take over the next year.

Speaking yesterday at Baruch College, Dudley characterized the 38 percent collapse in crude oil prices this year as “beneficial for our economy.” He explained further: “In economist parlance, falling energy prices are a positive ‘terms of trade’ shock for the U.S.  Over the near-term, this will lead to a significant rise in real income growth for households and should be a strong spur to consumer spending.”

Dudley offered nary a word about the very real potential that the collapse in oil prices is the result of a global glut of supply triggered by a slowdown in manufacturing which is in turn being fanned by a tapped out consumer attempting to survive in the greatest wealth and income inequality era in history.

Dudley used the term “lift-off” five times during his speech, suggesting that it was likely the U.S. economy would grow strongly enough by next year for the Fed to “lift-off” interest rates from their zero-bound range. Dudley did not use the word “deflation” once – although the collapse in crude oil prices and other industrial commodities strongly suggests that battling deflationary pressures is what the Fed will be dealing with next year rather than worrying about any need for “lift-off.”

Dudley also seemed to be casting an overly sunny view of the financial condition of the U.S. consumer. Dudley told the Baruch audience that “consumers are in better financial shape.  Households are carrying less debt, with total household liabilities roughly $500 billion below their cyclical peak in 2008…In addition, household net worth has recovered sharply, boosted primarily by higher financial asset valuations, but also by some recovery in home prices.”

Two separate studies by the Fed call that rosy assessment into question. As recently as November 25, the New York Fed released its Quarterly Report on Household Debt and Credit for the third quarter of 2014. The report found that “the trend of increasing household debt balances is continuing” with an increase of $78 billion in the third quarter. The study further found that the aggregate household debt balance now stands at $11.71 trillion. That’s just 7.6 percent lower than the peak of $12.68 trillion in the midst of the financial crash in the third quarter of 2008.

There are also serious questions about household net worth recovering sharply, as Dudley alleges. In August, the Fed’s Division of Consumer and Community Affairs released a study showing that 52 percent of Americans would not be able to raise $400 in an emergency by accessing their checking, savings or borrowing on a credit card which they would be able to pay off when the next statement arrived.

Dudley has already thoroughly discredited the Fed as a competent regulator of Wall Street banks. The Federal Reserve Board of Governors should rein him in before he likewise discredits monetary policy.