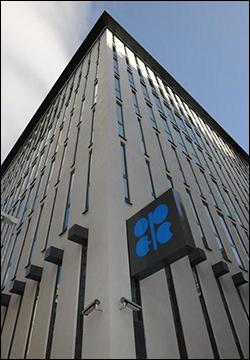 It was only a matter of time until the evidence became irrefutable that the only way out of a global deflation on the order of the Great Depression was to address the fact that 571 U.S. billionaires simply don’t have enough hours in the day to spend adequate money to buy enough goods that would require the restocking of shelves, create new factory orders and thereby ramp up job hiring to keep a nation of 317 million people afloat.

A nation where the top 10 percent reaps more than 50 percent of the income is doomed to end up in the quicksand of deflation, dragging down the rich along with everyone else. The Federal Reserve’s timidity to address this reality since the crisis of 2008, as the national debt ballooned and its own balance sheet quadrupled, has now put it in a dire pickle at a most inopportune time.

The Fed has attempted to assure the world that things are so dandy here in the “Goldilocks economy” that its biggest focus is when it will raise interest rates to keep the economy from overheating and keep inflation in check. That thesis has been quite a bit of a stretch with 45.3 million of its fellow citizens living in poverty and a labor force participation rate of 62.7 percent – a data point that has been steadily getting worse since the financial crisis in 2008.

A key component that has allowed both the Fed and Congress to keep from taking strong measures to address a looming deflation has been the price of crude oil. Because oil impacts everything from transportation costs that inflate the price of food and other products to the cost of an airline ticket or heating a home, the high price of this commodity has, to a degree, masked the growing deflation threat.

Now the mask has been removed. Oil prices are in freefall and an oil price war has broken out among OPEC members, raising the specter of 1986 when oil prices fell by 50 percent in just an eight month span. A serious global slowdown has effectively turned the oil cartel, OPEC, into a beggar thy neighbor band of go-it-alone dealmakers who hope to sign individual contracts with customers and grab market share before prices decline further.

Earlier this month, Saudi Arabia’s state-owned oil company, Saudi Aramco, cut its official crude price by $1 a barrel for November deliveries to its Asian customers. It also dropped pricing by approximately 40 cents a barrel to U.S. and European customers. According to OPEC data, “Saudi Arabia possesses 18 per cent of the world’s proven petroleum reserves and ranks as the largest exporter of petroleum.” As the world learned in 1986, if Saudi Arabia wants to start a price war to assert its dominance, it has both the resources and production capability on its side.

According to a report from Bloomberg News, Iran is now offering oil discounts similar to Saudi Arabia. The situation is fraying nerves in countries dependent on oil revenues with Venezuela calling for an emergency OPEC meeting prior to its regular meeting slated for November 27.

Before the latest news of OPEC’s disarray sent oil prices plunging, the Fed was already expressing some concerns about the low rate of inflation. Its minutes for the Federal Open Market Committee (FOMC) meeting of September 16 – 17, 2014 included the following:

“The staff continued to project inflation to be lower in the second half of this year than in the first half and to remain below the Committee’s longer-run objective of 2 percent over the next few years. With longer-term inflation expectations assumed to remain stable, resource slack projected to diminish slowly, and changes in commodity and import prices expected to be subdued, inflation was projected to rise gradually and to reach the Committee’s objective in the longer run.”

In other words, a sudden, sharp drop in inflation expectations caused by an oil price war raging around the globe was not present in the Fed’s crystal ball just a month ago. But it should have been: other commodity prices have been sending up red flags for some time now. As we reported on September 24, just one week after the Fed’s September meeting:

“Iron ore has now slumped 41 percent this year, marking a five-year low. In just the third quarter the price is off by 15 percent, suggesting the trend remains in place. This week the price broke $80 a dry ton for the first time since 2009.

“Agricultural commodity prices are also confirming the trend with corn off 22 percent since June and wheat down 16 percent in the same period. Soybean prices are down 28 percent this year to the lowest in four years.

“Deflationary winds blowing in from Europe, cooling economic growth in China, together with the question of just how disfigured the stock market has become as a result of $1.09 trillion propping up the S&P 500 through corporate buybacks in the last 18 months, all signal one word for the average investor: caution.”

Another key gauge of inflation expectations, the 10-year U.S. Treasury note, has been telling the market for some time that deflation was far greater a worry than inflation and that the Fed’s thesis of hiking interest rates next year had all the staying-power of a snow cone in July.

The 52-week high in the yield of the 10-year Treasury note was 3.06 percent. This morning, it is yielding 2.28 percent. That’s not the behavior of an interest-rate benchmark anticipating heated economic growth in the U.S. or an interest rate hike by the Fed.

The market has delivered epiphanies to the Fed on multiple fronts – some of them blazing with sirens – but the Fed seems to have had its head in the sand just as securely as it did heading into the 2008 crisis.

The problem for the Fed, which has already quadrupled its balance sheet to over $4 trillion to sustain a less than 2 percent inflation rate while keeping interest rates in the zero-bound range, is that its monetary arsenal loses its firing power with the onset of deflation, should it occur.

Deflation boosts the value of holding cash and deferring purchases. The thinking goes like this: the longer you wait to buy, the cheaper the house or product becomes, effectively raising the value of the cash you hold. Conversely, if you spend your cash prematurely, the product or investment you buy may lose future value as a result of the deflation, handing you a wealth loss. If enough people adopt that attitude and defer enough purchases, the deflationary spiral becomes self-reinforcing, as it did in the Great Depression.

Then there is the problem of the strong U.S. dollar. This hampers export growth for U.S. manufacturers because it costs more in local currencies to buy the product we are attempting to sell in foreign markets. A strong dollar can also accelerate deflationary trends by making foreign imports cheaper in the U.S. as a result of the increased purchasing power of our currency. This would further complicate the Fed’s ability to beat deflationary forces.

As Wall Street on Parade reported in December, the Fed prides itself on gathering intelligence from the marketplace, starting its day at 4:30 a.m. at the New York Fed and ending up around 6:30 p.m. with conference calls to the Federal Reserve Board of Governors in between. The growing fear is that the Fed is once again, like 2008, watching the market tick by tick but failing to see the larger, dangerous trends.