Jamie Dimon Gets a Personal Call from the Prez; Seniors Get Garnished 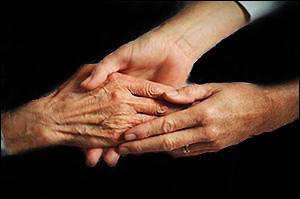 Sometimes we have to pinch ourselves to make sure we are not sleepwalking in a Dickensian dream. Earlier this week we heard Senator Elizabeth Warren tell a Senate Banking session how JPMorgan’s CEO, Jamie Dimon, got a $8.5 million raise after craftily negotiating away all of the bank’s crimes with the payment of billions in shareholders’ money. (Two of those crimes, by the way, were felony counts for aiding and abetting Bernie Madoff in his Ponzi scheme – also craftily settled under a deferred prosecution agreement with the Justice Department, which effectively puts the bank on probation for two years.)

Last night, the Wall Street Journal informed the public that, apparently, none of this criminal activity at JPMorgan has dulled President Obama’s fondness for its CEO Jamie Dimon, who has recently been undergoing treatments for throat cancer.  The Journal reported: “During one of his earliest treatments, Mr. Dimon received a call on his cellphone from President Barack Obama, who wished him a healthy recovery, the bank confirmed.”

A President with a kind heart toward those experiencing health issues is, of course, a virtue. But it is more than likely that the President hasn’t similarly dialed up the victims of JPMorgan’s various and sundry wealth transfer assaults when they fall ill.

One day before the news of the President’s phone call to Dimon emerged, we learned from the U.S. Senate’s Special Committee on Aging and the Government Accountability Office (GAO) that some senior citizens are having their Social Security payments garnished over unpaid student loan debt, forcing them below the poverty threshold.

The GAO’s study, derived from the Survey of Consumer Finances, found that 706,000 households headed by those 65 or older still carry student loan debt. Stunningly, the outstanding federal student debt for this age group grew from approximately $2.8 billion in 2005 to an estimated $18.2 billion in 2013.  For persons of all ages, Federal student loan debt has risen from $400 billion to more than $1 trillion during the same period.

That’s more than a six-fold increase for seniors and only 2.5 times for persons of all ages. What’s going on here? We strongly suspect that seniors who were just getting by on the interest income they earned on their 4 and 5 percent certificates of deposit together with their Social Security payments have experienced an impossible task of paying bills over the past half decade as interest rates have plunged to 1 or 2 percent on CDs. When seniors let their student loans go into default, the amount of debt interest begins to compound, dramatically increasing the amount of principal due.

Since it’s pretty clear that no material number of seniors aged 65 and older are taking on new debt to attend college, and the GAO reports that 82 percent of the debt is their own, not that taken out for children or grandchildren, the above scenario seems like the most plausible explanation for the six-fold increase.

Now let’s take a moment to remember that it was the biggest Wall Street banks like JPMorgan who crashed the financial system in 2008 through 2010 through toxic debt practices, causing interest rates to plunge as the economy went into freefall. The Federal Reserve has kept short rates low ever since in an attempt to revive the economy. Those Wall Street banks and their foreign counterparts were allowed to borrow an aggregate of $16 trillion from the Federal Reserve – frequently at rates below 1 percent – to repair their balance sheets. They also received hundreds of billions in cash infusions from the taxpayer. No such help was offered to the average American to repair their balance sheet.

This is what the GAO report told us is happening to seniors who can’t make their student loan payments:

“After the loan has been delinquent for 425 days (approximately 14 months), Education determines whether to take actions intended to recover the money it is owed. These actions can have serious financial consequences for the borrower. For example, Education may charge collection costs up to 25 percent of the interest and principal of the loan. Interest on the debt continues to accumulate during the delinquency and default period. In addition, Education may garnish wages or initiate litigation. Education may also send the loan to a collection agency. The defaulted debt may also be reported to consumer reporting agencies, which can result in lower credit ratings for the borrower. Lower credit ratings may affect access to credit or rental property, increase interest rates on credit, affect employers’ decisions to hire…”

In addition, the senior citizen can have his or her Social Security payments garnished. The Treasury Department calls this garnishment “offsets.” The GAO reports the following:

The study reports further that the amount of money collected from Social Security benefit offsets to repay defaulted federal student loans was about $150 million in 2013. The full report can be read here.

The GAO study comes on the heels of a report released by the Federal Reserve last month which asked respondents if they had set aside a rainy day fund that would cover three months of living expenses. For respondents aged 60 and over, 41.7 percent reported having no rainy day fund. (Among respondents of all ages, a majority, 57.9 percent, answered no to the question.)

Equally alarming, the study found that only 48 percent of Americans could raise $400 in an emergency from their own checking, savings, or through borrowing on a credit card which they would pay off when the next statement arrived.

The next time President Obama considers delivering well wishes to a Wall Street big bank CEO, it might do him well to remember just who put the country in this lingering economic situation.