Goldilocks Economy? What Are They Smoking at the Wall Street Journal? 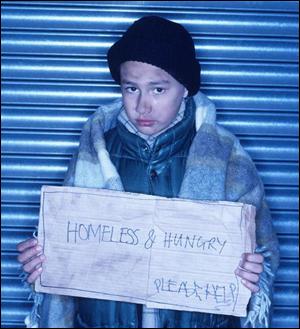 Imagine historians 25 years from now looking back on one of the worst economic periods since the Great Depression and finding that the Wall Street Journal was calling this a “Goldilocks Economy” – “not too hot, not too cold.” (They can’t actually bring themselves to say “just right” to stay on script with the fairy tale.)

On September 7, 2014 the Wall Street Journal went with this headline: “The Upside of August’s Jobs Report: A Goldilocks Economy.” The next day, in a blog post, this appeared: “Stocks rallied Friday following the disappointing jobs report as those hoping for a Goldilocks economy (not too hot, not too cold) cheered.”

During the Great Depression, headline writers were admonished not to use the phrase “Great Depression” but to go with the more benign “hard times.” The theory behind the use of the phrase “Goldilocks Economy” at the Wall Street Journal seems to be: move along, nothing more to see here in the way of a depressed economy so just forget about extending unemployment benefits or increasing the minimum wage or helping homeless families. That’s so not cool in the age of casino capitalism where the winner takes all – by hook or by crook.

On Monday, the U.S. Education Department released statistics showing that 1.3 million homeless children were enrolled in school in the 2012-2013 school year – an increase of 8 percent from the 2011-2012 period. And the numbers likely undercount the severity of the problem as the study notes that it does not include homeless infants, toddlers or children too young to attend school.

The headline of a “Goldilocks Economy” at the Wall Street Journal reminded us of last year’s valiant effort by former Labor Secretary Robert Reich to tackle that very type of propaganda in his groundbreaking documentary, “Inequality for All.”

Reich reminds us of the stunning parallels between the leadup to the crash of 1929 and the two decades leading up to the 2008 crash. Wealth became dramatically concentrated in the financial sector and its titans.

Reich includes the graph below in the documentary, showing that in both 1928 and 2007 – the years before the two greatest financial crashes in U.S. history, income inequality peaked. The data comes from Emmanuel Saez, Professor of Economics at the University of California, Berkeley and Thomas Piketty, author of this year’s bestselling 700-page tome, Capital in the Twenty-First Century. As you might imagine, both Saez and Piketty have been denounced on the editorial page of the Wall Street Journal.

And one other critical thing is true about both 1928 and 2007 – the Glass-Steagall Act, which barred banks holding savers’ deposits from engaging in speculative gambles by underwriting stocks and bonds – did not exist.

The Banking Act of 1933, known today as the Glass-Steagall Act, served our nation exceptionally well for 66 years until its repeal at the beckoning of Sandy Weill and his first lieutenant, Jamie Dimon – the twosome who headed Traveler’s Group and went on to merge it with Citibank to create Citigroup – a merger not allowed under the Glass-Steagall Act at the time.

Just nine years after the Glass-Steagall Act was repealed in 1999, the financial system crashed in an epic display of casino capitalism bearing all the hallmarks of the corruption inherent in the crash of 1929.

The U.S. Congress that passed the Banking Act of 1933 understood one thing that today’s Congress, blinded by corporate finance money and Wall Street lobbyists, fails to grasp: by allowing the casino Wall Street banks to use the little guys’ savings to leverage speculative bets for the house – only the billionaires win. When the bets fail, the shareholders pay. When the banks fail, the taxpayers pay. The taxpayers are forced to bail out the banks because they have been allowed to grow into bloated global giants that threaten economic stability.

Sandy Weill walked away from Citigroup in 2006 with over a billion in compensation for his tenure. The bank collapsed two years later and was propped up by the U.S. taxpayer. Weill didn’t pay back a penny of his outsized stock awards and bonuses.

When JPMorgan lost $6.2 billion of depositors’ money in the infamous London Whale derivative bets gone bad in 2012, the bank’s shareholders eventually paid over $1 billion in fines while CEO Jamie Dimon (long moved on from Citigroup) kept his job and eventually got another big raise – well on his way to eventually joining the billionaires’ club.

Goldilocks economy? Only in fairy tales.