Was That Really a Public Meeting on High Frequency Trading? 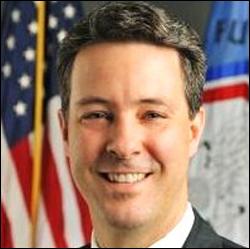 The regulator in charge of policing high frequency trading in the futures markets, the Commodity Futures Trading Commission (CFTC), held a “public meeting” yesterday to determine if the allegations raised in the Michael Lewis book, Flash Boys, relating to high frequency traders rigging the stock market might also be occurring in the futures markets.

What we heard were the overtly defensive voices of the executives from the two major futures exchanges and their very supportive staff. Based on missing coverage this morning in the media, it does not appear that any major business media turned out for this “public meeting” other than possibly the Financial Times which carried a brief mention.

One person whom the CFTC may have asked to stand in for the public was Joe Saluzzi, co-founder of Themis Trading and an expert on needed reforms in the area of high frequency trading in the stock market. But because the stock market and futures market are vastly different animals, Saluzzi was decidedly a fish out of water at yesterday’s meeting.

CFTC Commissioner Scott D. O’Malia opened the meeting saying that “Michael Lewis’s book has stirred up quite a debate about high-frequency trading…” O’Malia said he wanted to “address these issues directly and have a frank discussion with all of you to understand how automated and high-frequency trading impacts derivatives markets.”

O’Malia said he had asked the panelists to address “fees and rebate programs, order types, and co-location policies.” Unfortunately, there was no frank discussion, whatsoever, on these critically problematic areas and that was because no one representing the public was present to press the panelists to come clean.

Bryan Durkin, Managing Director and Chief Operating Officer of the Chicago Mercantile Exchange Group (CME), which operates the largest futures market in the world, used the same subterfuge that his CME boss, Terrence Duffy, Executive Chairman and President of the CME Group, deployed before the U.S. Senate Agriculture Committee on May 13.

Duffy testified to the Senate Committee that “Our market data is sent to everyone at once. While customers have several options in terms of how they can receive data from us, we do not restrict access.  Having multiple connectivity options makes our markets accessible to a broader array of participants.”

The speed at which traders receive their data from the CME depends on where the traders’ computers are located. Exchanges, including the CME, are now selling the right to locate one’s computers inside the exchange’s computer facilities (co-location) to gain a competitive edge over other slower traders. Duffy justified the practice as follows in his Senate testimony:

“Another service that CME Group provides to the marketplace is colocation.  The criticism of colocation in some of the public coverage of this issue has failed to recognize that colocation actually equalizes access to the benefits of speed through proximity.  It used to be that the benefit of speed from proximity was available only to traders who could buy real estate near an exchange, or where he or she thought the server would be…Everyone in our facility connects with the same length wire, so there are no unequal location advantages.  This is one of the true benefits of our colocation services.”

What the CME refuses to talk about is its discriminatory pricing practices which constitute the core of the debate. CME’s co-location pricing plan is available at this link. It shows an eight-tiered market based on the participant’s ability to pay CME $144,000 a year for super-fast speed declining to $6,000 a year at the bottom rung of the speed chain. Each higher rung of the pricey chain is permitting the fleecing of the slower traders on the lower, cheaper rungs.

Because exchanges in the United States are permitted to function as self-regulatory bodies, they are mandated under law to provide a level playing field to all comers.

Another subject discussed by Duffy before the U.S. Senate came up yesterday.  Senator Sherrod Brown had probed Duffy on  high frequency traders getting ahead of other participants by receiving confirmations of their own trades which are not recorded on the CME’s data feed until later.

Senator Brown: “As we know the world of high speed trading time is measured in microseconds (millionths of a second) or milliseconds (thousandths of a second)…The Wall Street Journal highlighted ‘order latency’ when trade information is routed to the parties to a trade before they post to the rest of the market. This informational advantage, if you will, allows high speed trading firms to see which way prices are heading, as you know, and trade ahead of the rest of the market on a different futures exchange, exploiting arbitrage opportunities in mere milliseconds.”

Duffy had responded to that charge as follows:

Duffy: “All of our market data comes out of one pipe sir. And then the way you decide to acquire that is up to you. So there’s multiple ways to receive market data. So it does go out all at once. What you’re referring to, I believe, in the Wall Street Journal article that was written over a year and a half ago is where a participant would receive his confirmation of a trade but the market data did not hit the tape yet. So he knew he had the trade, he was the only one who knew he had the trade, the rest of the world didn’t know he had the trade yet. That was what the Wall Street Journal article cited. We have shrunk that latency dramatically about market data to market confirmation.”

Yesterday, the CME hauled in one of its staffers to discuss the trade confirmation issue. The presentation was so convoluted it clarified absolutely nothing.

One piece of big news did come out of the hearing: according to the CFTC, the futures exchanges have increased the “incentive” programs they offer to various market participants and high frequency traders from 56 to 340 programs. But, again, the public was left in the dark at this meeting about what these incentive programs actually do.

Wall Street On Parade located one incentive program which was submitted to the CFTC by CME on May 15 of this year. The program, which started on March 14, 2011 was being revised to extend to June 30, 2015. Below are excerpts of the plan:

The purpose of this Program is to incent market makers to enhance liquidity in the products listed below.  The resulting increase in central limit order book liquidity on the CME Globex® Platform benefits all participants segments in the market.

Volume Commitment. CME may terminate a Tier 1 Market Maker if it fails to account for at least five percent (5%) of aggregate electronic volume in the Products on a monthly basis.

Tier 1 and 2: Incentive Pool. During each full month of participation in the Program, Tier 1 and Tier 2 participants may be eligible to participant in a predetermined incentive pool.

As Wall Street On Parade has suggested previously, if Congress genuinely hopes to get at the facts and the truth about our rigged markets, and convey the information to the public in language it can understand, both the Senate and the House must hire a Special Counsel who knows how to speak in plain language and has a deep background in the securities and futures markets to conduct its public hearings. The Senate appointed Ferdinand Pecora to do the job after the 1929 crash and ensuing Great Depression. Pecora issued subpoenas and demanded testimony under oath for two years. It’s well past the time to start this process.