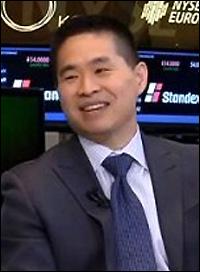 After Senator Carl Levin and members of the U.S. Senate’s Permanent Subcommittee on Investigations give their opening remarks tomorrow, the next thing you will hear are these words or something akin to them:

“Rule number 6 of the U.S. Senate’s Permanent Subcommittee on Investigations requires that all witnesses appearing before the Subcommittee testify under oath.” You might think that would be the rule at every Senate hearing involving Wall Street’s serial malfeasants, but, shockingly, it’s not.

When the men on Panel Two finally take their places, there could be some sweating going on when those right hands are raised. This isn’t just any ole subcommittee; it’s the subcommittee that issued a 2013 scathing 307-page report on JPMorgan’s ethical and legal lapses in the London Whale derivatives trading scandal along with 98 exhibits including deeply incriminating emails. Equally sweat-producing, the subcommittee uses its subpoena power liberally and has a full staff intimately well-versed on the nuances of Wall Street’s jaded ways.

The hearing is titled: “Conflicts of Interest, Investor Loss of Confidence, and High Speed Trading in U.S. Stock Markets” and will begin at 9:30 a.m. in the Hart Senate Office Building.

First up on Panel One will be Brad Katsuyama, President and CEO of IEX Group, Inc. Katsuyama is the young man with the fresh-scrubbed face at the center of the Michael Lewis book, Flash Boys, who is challenging the corrupt practices of some high frequency traders by setting up his own trading platform for institutional investors. Katsuyama has rigged up coiled fiber to blunt the ability of high frequency traders to front run other trades. The coiled fiber simply slows down the trading of the flash boys to put them on a par with everyone else. (High frequency traders are sometimes referred to as flash boys because of the rapid-fire flashing of millions of bids and offers on stocks, which are then quickly withdrawn, to outwit other traders.)

Lewis revealed in Flash Boys that “both Nasdaq and the New York Stock Exchange announced that they had widened the pipe that carried information between the HFT [high frequency trading] computers and each exchange’s matching engine. The price for the new pipe was $40,000 a month, up from the $25,000 a month the HFT firms had been paying for the old, smaller pipe.”

Jonathon Trugman, writing at the New York Post on April 6 of this year, said:  “These traders who use the HOV lane to get ahead of investors could not do their trades without the full knowledge and complicity of the New York Stock Exchange and Nasdaq,” going on to add that “What is clearly unfair and unethical — and, frankly, ought to be outlawed — is how the exchanges have essentially taken on the role of running a high-priced, high-frequency brothel…”

Adding further outrage, the SEC is approving these shady money deals for high-speed access at the exchanges – even submitting the plans to the Federal Register on behalf of the exchanges. According to the Lewis book, the Royal Bank of Canada conducted a study in which they “found that more than two hundred SEC staffers since 2007 had left government jobs to work for high-frequency trading firms or the firms that lobbied Washington on their behalf.”

Lewis says that some of these same staffers had played key roles in deciding whether to regulate high frequency trading, specifically citing Elizabeth King, who quit the SEC to work for Getco, one of the largest high frequency traders. Says Lewis: “The SEC, like the public stock exchanges, had a kind of equity stake in the future revenues of high-frequency traders.” 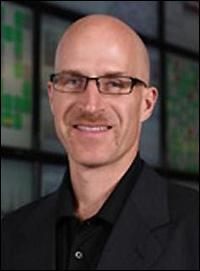 One of the stock exchanges that Katsuyama has publicly called out is BATS Global Markets, Inc. The CEO of that firm, Joseph P. Ratterman, will testify tomorrow as part of Panel Two. (Apparently, Senator Levin knew better than to put Ratterman on the same panel with Katsuyama.) Earlier this year, Katsuyama was badgered, rudely interrupted and even poked by BATS Global Markets, Inc. President, William O’Brien, in what has now become an infamous exchange on CNBC.

Despite the on-air harassment, Katsuyama calmly said to the angry, finger-poking O’Brien seated next to him: “I believe the markets are rigged and I also think you’re part of the rigging.”

What makes that no-punches-pulled statement from Katsuyama even more amazing is that SEC Chair Mary Jo White has now appeared before two Congressional hearings and flatly stated that the markets are not rigged. Levin’s subpoenas may start flying in the direction of the SEC itself. And that’s not a bad idea at all. It may take a full house cleaning to repair these deeply discredited markets. 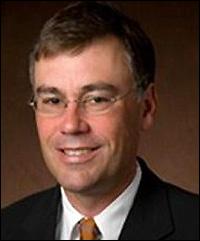 Sharing Panel One with Katsuyama is Robert Battalio, Professor of Finance at the Mendoza College of Business at the University of Notre Dame. Battalio has co-authored studies on what Wall Street calls “maker-taker fees.” Battalio and colleagues Shane A. Corwin of Mendoza and Robert Jennings of the Kelley School of Business at Indiana University, wrote in March that they had identified “retail brokers that seemingly route orders to maximize order flow payments: selling market orders and routing limit orders to venues paying large liquidity rebates. Because venues offering high rebates also charge liquidity demanding investors high fees, fee structure may affect the arrival rate of marketable orders. If limit orders on low-fee venues fill when similarly priced orders on high-fee venues do not, routing orders to maximize rebates might not always be in customers’ best interests.”

Also on the docket tomorrow will be the issue of discount brokers selling their own customers’ orders to dark pools run by some of the biggest Wall Street banks. That cash pipeline is known as “payment for order flow,” a system deployed by none other than Bernie Madoff at Madoff Securities before he confessed to the largest Ponzi scheme in history in 2008.

Steven Quirk, Senior Vice President of the Trader Group at discount broker, TD Ameritrade, will be on the hot seat on the issue of “payment for order flow.” It sells its retail customer orders to dark pools for mega amounts of cash each year. Dark pools do not subject the orders to the transparency of exchanges before executing the trades.

To give you an idea of how far the stock exchanges and the SEC have travelled in the race to the bottom, consider these remarks made by Edward Kwalwasser, the Group Executive Vice President at the NYSE in charge of regulation on October 29, 2002 when the SEC convened this hearing on Market Structure:

Kwalwasser: “I think we have to look at, from a market perspective, and when we talk about payment for order flow and internalization. The last panel — first panel agreed that one of the characteristics of a National Market System that we all said — who were sitting here said was really good, was that customer orders should be able to interact without the benefit of a dealer. Both internalization and payment for order flow are distortions of that public good that we all agree was there. And, to the extent that those orders aren’t in the marketplace, they’re not helping create the best price for all orders in the marketplace…I never thought Bernie [Madoff] was a bad guy. I started out, however, out of law school representing people in the record industry and in the rock-and-roll part of the business. And to think that the securities industry has a lower code of conduct than the record industry is really, I think, something that I — I never wanted to believe would be part of an industry that I was working at…”

So in 2002 a market insider felt that U.S. markets were starting to feel like the record industry and by 2014 the characterization has become that of a “brothel.” It doesn’t take a rocket scientist to see that we’re moving in the wrong direction.

Citigroup (of all companies) has explained to the SEC why the U.S. stock exchanges can no longer police their members. In a letter to the SEC on August 22, 2012, complaining about Nasdaq’s handling of the Facebook IPO, Citigroup Managing Director Daniel Keegan wrote:

“The era of market self-regulation has passed. Nasdaq no longer regulates its market participants; they are regulated by FINRA. Nasdaq’s rule book is not posted on the home page of its website. The vast majority of its market related rules have been deleted. Nasdaq’s regulatory focus has been narrowed to the operation of its listing and stock trading businesses, a clear conflict of interest.”

New York State Attorney General Eric Schneiderman says the problem with publicly traded U.S. exchanges being self-regulatory bodies while striving to maximize profit for their shareholders goes much deeper. Schneiderman has issued subpoenas of his own and stated publicly that he is concerned about the coziness. In a speech at the New York Law School on March 18, Schneiderman said:

“Building tremendously lucrative advantages into markets for high-frequency traders at the expense of the investing public is wrong. The idea of the United States, and this permeates all 30 bureaus in my office, is that no one’s supposed to have a special advantage. We’re supposed to be a little more equal than the rest of the world. That’s why we didn’t have kings or aristocrats, and the idea was to have something close to a level playing field…”

Other witnesses currently scheduled to be part of Panel Two tomorrow are Thomas W. Farley, President of NYSE Group, and Joseph P. Brennan, head of the Global Equity Index Group at the large mutual fund company, the Vanguard Group, Inc.