Dark Pools, Barclays and the ‘Tone at the Top’

Yesterday, New York State Attorney General Eric Schneiderman filed a civil fraud complaint against the global bank, Barclays, for what can best be summed up as fostering an internal culture that rewards serial lying to customers and enforces the culture of lies by firing or intimidating employees who refuse to go along.

The lawsuit was framed around well documented allegations that Barclays is running a dark pool that allows, encourages, and facilitates high frequency traders to front run the orders of slower market participants like pensions and mutual funds; but the critical takeaway from the complaint goes to the very heart of global banking. The complaint is the clearest proof yet that the insidiously corrupt culture of global banking has not been reformed but has instead metastasized throughout each operating unit of the unmanageable behemoths.

To fully grasp this reality, it is helpful to reflect on what was happening at Barclays in the summer of 2012. Barclays was fined $451 million for fostering a culture which resulted in its traders colluding with other employees of the bank and outside banks to rig the interest rate benchmark known as Libor. Embarrassing emails showing the casual attitude the employees demonstrated toward breaking the law resulted in hearings by Parliament’s Treasury Select Committee in 2012 to examine Barclays’ leadership. 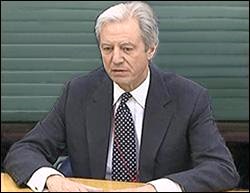 On July 10, 2012, the Treasury Select Committee called Barclays Chairman, Marcus Agius to testify. It also released an April 10, 2012 letter to Agius from the U.K.’s Financial Services Authority, the main U.K. regulator of global banks at the time, which outlined a laundry list of serious concerns about Barclays and noted the following: “…I wished to bring to your attention our concerns about the cumulative impression created by a pattern of behavior over the last few years, in which Barclays often seems to be seeking to gain advantage through the use of complex structures, or through arguing for regulatory approaches which are at the aggressive end of interpretation of the relevant rules and regulations.”

The letter, signed by Adair Turner, Chairman of the FSA at the time, went on to say that “These concerns are sufficiently great that I felt it was appropriate to communicate them directly to you, and to urge you and the Board to encourage a tone of full co-operation and transparency between all levels of your Executive and the FSA.” (See FSA Letter to Barclays’ Chairman, Marcus Agius, Dated April 10, 2012.)

This and other letters were read to Barclays Chairman Agius during the hearing by the Treasury Select Committee on July 10 as proof that Barclays CEO, Bob Diamond, had repeatedly lied before the same Parliamentary panel during his recent appearance, by disclaiming any knowledge that regulators were warning about the “tone at the top” at Barclays.

There was a house cleaning of Barclays in the summer of 2012 with the resignations of Chairman Marcus Agius; CEO, Bob Diamond; and COO, Jerry del Missier – ostensibly to provide an ethical “tone at the top” going forward.

And yet here we are today in the ongoing endless summer of our discontent with global banks continuing to fleece us blind and prosecutors failing to put any bank CEOs in jail.

The rigging of the dark pool at Barclays did not happen years ago under the old “tone at the top.” According to Schneiderman’s complaint, one of the most shocking and ethically unconscionable activities occurred just eight months ago. (See Barclays Lawsuit Filed by New York State Attorney General Eric Schneiderman Re Dark Pool and High Frequency Trading on June 25, 2014.)

“In October, 2013, Barclays prepared a trading analysis for a major institutional investor that services millions of individual accounts both inside the United States and abroad (‘Institutional Investor’).  The analysis determined that:

“Approximately 88% of this Institutional Investor’s sampled trades in dark venues were executing in Barclays’ dark pool;

“Approximately 60% of the trading counterparties for the Institutional Investor’s sampled orders were high frequency trading firms; and

“Approximately 75% of all orders routed by Barclays to dark venues were executing in Barclays’ own dark pool.

“Those extraordinarily high internalization rates suggest that Barclays’ representations to investors that it did not route orders in favor of any particular trading venue were false or misleading.

“In preparation for a meeting with the Institutional Investor to explain these findings, two senior Directors prepared a PowerPoint presentation that included the results of the trading analysis.  Two days before the scheduled meeting, one of those Directors was called into a meeting with senior leadership in the Equities Electronic Trading division, who instructed him not to disclose the findings to the client.  According to this Director, ‘[t]here was no suggestion at that meeting, or at any other point, that the analysis was wrong,’ merely that it should not be shared with the client because it reflected poorly on Barclays.  Despite the pressure from senior leadership, this Director declined to withhold the findings from Institutional Investor.  The next day, and prior to the scheduled meeting with the Institutional Investor, this Director was fired.

“Another Director was then instructed to change crucial figures in the PowerPoint presentation, in order to make them more favorable to Barclays.”

There is another critical takeaway from this latest Barclays’ complaint. The two hundred year old theory of how efficient markets operate when all market information is visible and transparent to all market participants at precisely the same time through the enforcement of public stock exchanges operating in the public good has been delivered a death blow by these dark pools.

Investing in corporations on the basis of their fundamentals, which in the past has guided price discovery for all market participants, has no role in the formula for investing by high frequency traders operating inside dark pools.

According to Schneiderman’s complaint, Barclays allowed the high frequency traders to “cross-connect” to its computer servers, giving them a “speed advantage over those slower-moving counterparties.”

A former Barclays’ insider explained what happened next:

“ ‘[T]he way the deal would work is [Barclays] would invite the high frequency firms in. They would trade with the buy side.  The buy side would pay the commissions.  The high frequency firms would pay basically nothing.  They would make their money off of manipulating the price. Barclays would make their money off the buy side.  And the buy side would totally be taken advantage of because they got stuck with the bad trade.’ ”