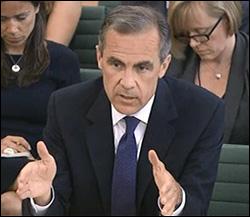 The tabloids in London are having a field day today with headlines calling Bank of England Governor, Mark Carney, an “unreliable boyfriend” – a remark made yesterday by MP Pat McFadden during a hearing of the Treasury Select Committee of Parliament over the mixed signals Carney is sending the market about the timing of interest rate hikes by the BOE. (Carney, a Canadian and former head of the Bank of Canada, where he masterfully steered the Canadian economy through the financial crisis, might be forgiven for alternately thinking he’s on a bad blind date in his current assignment.)

Carney suffered a withering grilling yesterday over a speech he delivered on June 12 in which he said “There’s already great speculation about the exact timing of the first rate hike and this decision is becoming more balanced. It could happen sooner than markets currently expect.” (See full text of speech linked below.)

The real stunner of yesterday’s hearing, however, and the import of its underlying message, came at almost the end of the session in response to questions from MPs John Thurso and Stewart Hosie. Carney, who is also Chairman of the G20 Financial Stability Board, raised the very real possibility that the big asset purchases that have inflated both the BOE’s balance sheet as well as created a $4 trillion balance sheet at the U.S. Fed, are not going to be fully unwound – they are the new normal.

Thurso started off with this line of questioning: 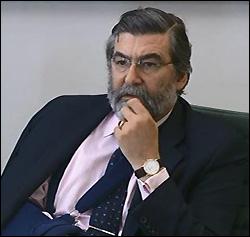 Thurso: “It seems that there is a general view that we have to get out of QE at some point and this is important. Yet, Professor Miles [a member of the BOE’s Monetary Policy Committee] in a speech he made recently observed that when markets are functioning properly, the purchase or sale of assets does not have a great deal of impact…The question, really, is this: would it be true to say that it is the movement in the stock of assets that actually is the important thing rather than the quantum of assets held? And, therefore, is there an argument to say that having done a great movement to achieve where we are, actually we don’t need to do another movement, i.e. an exit; and we could keep that as a weapon when we need to go in the opposite direction at a future stage. In other words, exiting itself may be a danger rather than holding on.”

Carney responded that the BOE has been actively studying this issue and will continue to do so.

Professor Miles weighed in with this: 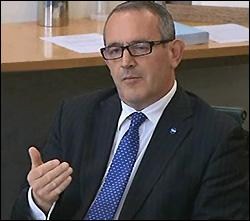 Hosie: “Governor, when you were first before us, in answer to the question from David Ruffley, what does unwinding QE mean, you said, returning the bank’s balance sheet to its pre-crisis position. All of the indications now are that that will not be the case. So can I just now ask a simple question? Is this a policy change or is it simply a pragmatic tweaking in relation to the banks’ need to hold reserves in relation to new liquidity rules?”

Carney: “…I would define – picking up on what my colleagues have said – pre-crisis position as a position that’s consistent with the normal course of liquidity requirements of the banking system…What has changed, to the good, in terms of the banking system here is that through regulation and supervision we have put much more responsibility on the banks themselves to hold liquidity to manage liquidity shocks. And, as a consequence of that, their demand for reserves can be expected to be higher. The further consequence of that is that the balance sheet of the Bank of England will be larger…”

On March 31, 2009, the FDIC reported that there were 8,246 FDIC insured institutions in the U.S. with total domestic deposits of $7.5 trillion.  Just four of those  institutions, Bank of America, JPMorgan Chase, Wells Fargo & Co. and Citigroup, controlled 35 percent of all the insured domestic deposits in 2009.

By the second quarter of last year, according to FDIC data, the 8,246 banks and savings institutions in the U.S. had shrunk to 6,940 institutions. Bank of America, JPMorgan Chase, Wells Fargo & Co. and Citigroup, controlled a combined $3.511 trillion in domestic deposits, a stunning 58.8 percent of all domestic bank deposits.

The market share of these four U.S. mega banks has increased by 24 percent in just 4 years and the U.S. Fed has effectively become their permanent sugar daddy.

There is a very real suspicion that Carney was simply laying the groundwork for Fed Chair Janet Yellen to begin to slip the same hints into her forthcoming speeches.