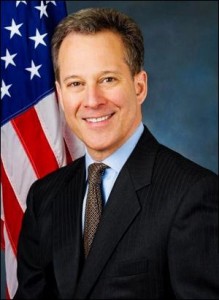 Bloomberg News is reporting that New York State Attorney General, Eric Schneiderman, has issued subpoenas to six high-frequency trading firms. The article, however, names only three firms, none of which are household names.

According to the article, Schneiderman is asking the firms, which include Chopper Trading LLC, Jump Trading LLC and Tower Research Capital LLC about the “special arrangements they have with exchanges and dark pools as well as their trading strategies.”

This is a curious approach. Why not ask the three big stock exchanges, the New York Stock Exchange, Nasdaq and BATS to hand over the names of all high frequency traders to whom they have sold expensive perks that have the effect of rigging the stock market against the average investor.

On March 18 of this year, Schneiderman gave an address at New York Law School indicating his intimate knowledge of the unfair and potentially manipulative practices taking place at the stock exchanges and, somewhat demurely, calling out Securities and Exchange Commission Chair, Mary Jo White, for not doing enough to stop these abuses.

On the subject of co-location, where the high frequency traders are allowed for a high fee to locate their own computers inside the exchange’s data centers to be close to the exchange’s main computers and shave fractions of a second off their trading speed, Schneiderman said: “In that tiny sliver of time, these firms get a first look at the direct-data feeds provided by the exchanges.  They see pricing, volume, trade and order information and use it with their sophisticated technology, and algorithms that make the systems automatic, to trade on it before others can possibly react.”

Schneiderman said this co-location also allows the high frequency traders to “continuously monitor all the exchanges for large incoming orders.  And if they spot a large order from an institutional investor, like a pension fund, high-frequency traders can instantaneously get on the other side of the trade — driving up the prices artificially.”

The exchanges are also supplying “extra bandwidth, special high-speed switches and ultra-fast connection cables to high-frequency traders, so they can get, and receive, information at the exchanges’ data centers even faster,” said Schneiderman, which is giving them a “leg up on the rest of the market.”

Sounding a bit like President Obama on the campaign trail, Schneiderman said:

“Building tremendously lucrative advantages into markets for high-frequency traders at the expense of the investing public is wrong. The idea of the United States, and this permeates all 30 bureaus in my office, is that no one’s supposed to have a special advantage. We’re supposed to be a little more equal than the rest of the world. That’s why we didn’t have kings or aristocrats, and the idea was to have something close to a level playing field…”

One of the most serious rigging mechanisms being deployed between the stock exchanges and high frequency traders was not addressed in any detail by Schneiderman in his speech on March 18 – the exotic order types that effectively allow high frequency traders to prey on the uninformed and effectively repeal price-time priority rules that over a half million stockbrokers trading for moms and pops across America thought were still in place on the stock exchanges to provide a fair trading venue. (Not only is there a technology gap hurting the average investor but these stealth order practices have created a knowledge-gap as well.)

Just how effective these new tricks of the trade are for high frequency traders was on display in a fascinating prospectus filed by Virtu Financial Inc. on March 27. The filing said that “As a result of our real-time risk management strategy and technology, we had only one losing trading day during the period depicted, a total of 1,278 trading days.”

Anyone who thinks that level of trading success is achievable within a level playing field has clearly never worked for any period of time as a trader on Wall Street.

Virtu Financial Inc. postponed its Initial Public Offering (IPO), ostensibly as a result of the public outcry flowing from the 60 Minutes episode on March 30 where bestselling author, Michael Lewis, previewed his new book, “Flash Boys” and charged that the stock market is rigged by these high frequency traders.

Virtu acknowledges in its IPO prospectus that there’s a high-tech arms race on Wall Street, writing: “We believe that our success in the past has largely been attributable to our technology, which has taken many years to develop. If technology equivalent to ours becomes more widely available for any reason, our operating results may be negatively impacted. Additionally, adoption or development of similar or more advanced technologies by our competitors may require that we devote substantial resources to the development of more advanced technology to remain competitive.”

In his talk at New York Law School last month, Schneiderman endorsed a plan to slow down the technology arms race, indicating that there is a proposal by academics at the University of Chicago Business School, which he endorses, which would “put a speed bump in place. Orders would be processed in batches after short intervals – potentially a second or less than a second in length – but that would ensure that the price would be the deciding factor in who obtains a trade, not who has the fastest supercomputer and early access to market-moving information.”