Did the SEC Admit That It Knows the Stock Market is Rigged? 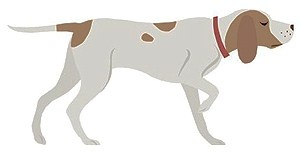 Can This Watchdog Still Hunt?

Last month, the Securities and Exchange Commission released the second in what looks to be a never-ending, head-scratching study into whether some aspects of high frequency trading are, in fact, the equivalent of rigging the stock market and thus patently illegal under existing law. In one long paragraph, the SEC appears to emphatically say that two strategies, order anticipation and momentum ignition, are manipulative and illegal. The SEC writes:

“Directional strategies generally involve establishing a long or short position in anticipation of a price move up or down. The Concept Release requested comment on two types of directional strategies – order anticipation and momentum ignition – that ‘may pose particular problems for long-term investors’ and ‘may present serious problems in today’s market structure.’  An order anticipation strategy seeks to ascertain the existence of large buyers or sellers in the marketplace and then trade ahead of those buyers or sellers in anticipation that their large orders will move market prices (up for large buyers and down for large sellers).  A momentum ignition strategy involves initiating a series of orders and trades in an attempt to ignite a rapid price move up or down.  As noted in the Concept Release, any market participant that manipulates the market has engaged in conduct that already is illegal.  The Concept Release focused on the issue of whether additional regulatory tools were needed to address illegal practices, as well as any other practices associated with momentum ignition strategies.”

We have italicized the following phrases in the above paragraph: “trade ahead”; “in an attempt to ignite a rapid price move up or down”; and “conduct that already is illegal.” The SEC certainly appears to be saying that it recognizes these activities to be market manipulation and illegal under the statutory framework of the Securities Exchange Act of 1934.

So why has the SEC been studying this problem for the past four years instead of charging those deploying these strategies with crimes? We can thank former SEC trial attorney, James Kidney, for answering that question: the revolving doors of the SEC have morphed it into a Federal agency “that polices the broken windows on the street level and rarely goes to the penthouse floors.  On the rare occasions when Enforcement does go to the penthouse, good manners are paramount. Tough enforcement – risky enforcement – is subject to extensive negotiation and weakening.”

The SEC began its research-as-a-substitute-for-enforcement of high frequency trading on January 13, 2010 when then SEC Chair, Mary Schapiro, issued a concept release seeking public comment. As further evidence of the open-ended nature of this “research,” the public comment period was slated to close on April 21, 2010. Instead, comments were accepted throughout 2010, 2011, 2012, 2013 and as recently as this month.

Some of the questions posed by the SEC for which they sought enlightenment from the public were so self-evident that they made a mockery of the SEC’s statutory mandate. The SEC asked, for example:

“Do co-location services (which enable exchange customers to potentially route trades faster by placing their computer servers in close proximity to an exchange’s computer system) give proprietary trading firms an unfair advantage?…

“Has the trading volume of undisplayed trading centers (such as dark pools) reached a sufficiently significant level that it has detracted from the quality of public price discovery?”

Many of those on the wrong side of this debate, the high frequency scalpers, asked for and received private meetings with the SEC — which are noted among the public comments but devoid of any detailed disclosure of what was discussed. (Another version of a dark pool.)

Justin Hudock, a trader from Massachusetts filed a public comment on June 28, 2010, telling the SEC: “I can’t believe it took Goldman Sachs 17 pages to spell out the idea that: the market is perfect, we are making a truck load of money, don’t change a thing.” 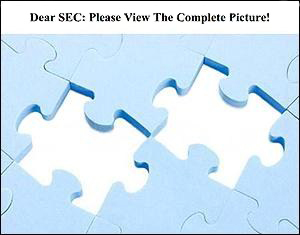 R.T. Leuchtkafer wrote on April 16, 2010 that “Someone once suggested the real scandal is often not what is illegal but instead what is legal. What is legal in today’s market includes an exchange that sells real-time data to high frequency trading (‘HFT’) firms telling those firms exactly where hidden interest rests and in what direction. What is legal is the replacement of formal and regulated intermediaries with informal and unregulated intermediaries. What is legal is the proliferation of high-speed predatory momentum and order anticipation algorithms unrestrained by the anti-manipulation provisions of the Exchange Act. What is legal is a market structure that dismantled the investing public’s order priorities and gave priority to speed and speed alone and then began charging for speed. What is legal is the widespread lack of supervision of the most aggressive and profitable groups of traders in American history. What is legal is exactly what the Release says it is worried about, ‘a substantial transfer of wealth from the individuals represented by institutional investors to proprietary firms.’”

The co-founders of Themis Trading, Sal Arnuk and Joseph Saluzzi, who have been pounding the table on rigged markets for years and, literally, wrote the book on it, told the SEC it was going to have “limited visibility” into high frequency trading unless it also studied dark pools since “high speed players are operating in dark pools as well as exchanges.”

The SEC’s study released in March admits that it’s looking at old data from 2008, 2009 and 2010 in some cases and that the data from NASDAQ upon which the research was based excluded “the proprietary trading desks of large integrated broker-dealer firms” – a vast chunk of the marketplace and potentially the darkest.

“The direction the Commission takes in its bid to fulfill its mission will say much about the type of country in which we live. As difficult as it might be, regulators must stand apart from the industries they regulate, listening and understanding industry’s point of view, but doing so at arm’s length, and with a clear conviction that on balance our capital markets exist for the greater good of all Americans. This is a test of whether the Commission is just a ‘regulator by consensus,’ which only moves forward when it finds solutions favored by large constituencies on Wall Street, or if it indeed exists to serve a broader mission, and therefore will act decisively to ensure the markets perform their two primary functions of facilitating capital formation and serving the interests of long-term investors.

“A consensus regulator may tinker here and there on the margins, adopt patches when the markets spring a leak, and reach for low-hanging fruit when Wall Street itself reaches a consensus about permissible changes. In these times, however, the Commission must be bold and move forward.”

Kaufman’s letter was filed on August 5, 2010. More than three years later, the SEC hasn’t even begun to “tinker” with what it clearly knows is illegal conduct within U.S. financial markets.