Swiss Insurers and JPMorgan Have More than ‘Suicides’ in Common 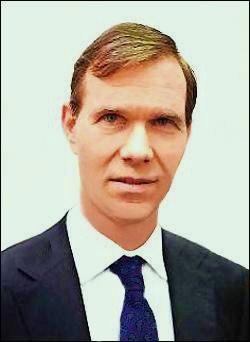 Questions continue to mount over why a rash of suspicious deaths among executives in the financial services industry are occurring now when the worst of the crisis, layoffs, bankruptcies and bailouts occurred over five years ago – or at least Federal officials keep assuring us that the worst is over.

The underlying concern is that we still cannot get a clear assessment of global financial risks because of what we can’t see: the interconnectedness of global banking; offshore banking; off balance sheet vehicles; and regulatory arbitrage where U.S. financial institutions move high risk operations to foreign locales with light-touch regulators.

It now emerges that there are significant financial ties between JPMorgan Chase, which experienced three suspicious deaths of employees in their 30s in January and February of this year, and two Swiss insurers where a suspicious executive death occurred in August of 2013 and another this past January, the week before a JPMorgan executive was found dead on a 9th level rooftop of the bank’s European headquarters in London.

The Swiss insurance company deaths began on Monday, August 26, 2013, when the 53-year old CFO of Zurich Insurance Group, Pierre Wauthier, was found dead in his home near Lake Zug, Switzerland. Wauthier’s wife and two children were out of the country at the time and Wautheir was alone in the home, according to the Wall Street Journal. The police reported finding a typed suicide note. Typically suicide notes are handwritten so that the individual leaves no doubt in the minds of his loved ones that the words are genuinely his own.

Prior to joining Zurich Insurance Group in 1996, Wauthier worked for JPMorgan Chase for 11 years, his last position being Vice President of the Insurance Product Group in London. JPMorgan’s ties run deep with Zurich Insurance Group. JPMorgan is a market maker in the stock of Zurich Insurance Group, which raises red flags since it also puts out overweight, underweight and neutral ratings on the company which can move the share price up or down. JPMorgan also serves as an investment banker to the company, raising still more red flags for potentially conflicted research. (This is all a reminder of just how little has changed under the Dodd-Frank financial reform legislation in the U.S.)

In addition, JPMorgan is an asset manager for a large roster of mutual funds contained in the ILPs (Investment Linked Policy) offered by Zurich Insurance Group as life insurance products in Singapore. Some of these funds carry significant risk and have substantial exposure to the emerging markets that have been experiencing convulsions since the U.S. Federal Reserve announced its plans to “taper,” that is, to reduce the liquidity it has been providing to the markets through its more than $1 trillion a year bond purchases.

According to an online analysis at Zurich Insurance Group’s web site, one JPMorgan managed fund, the Global Natural Resources Fund, has lost 42.54 percent as of June 30, 2013, reflecting its performance since inception on April 2, 2012.

The custodian of the assets in these funds is J.P. Morgan Bank Luxembourg S.A., a location which will certainly provide no comfort to U.S. regulators who have spent almost two years attempting to understand what JPMorgan was doing with its London Whale trades which resulted in at least $6.2 billion in losses using depositor money at the FDIC insured banking unit of JPMorgan.

A brochure on the ILPs notes that the owner could potentially lose all of his principal, causing his insurance policy to lapse, and adds that JPMorgan can use a wide range of derivatives in the portfolios, including “credit default swaps” – the very instruments that caused the havoc in the London Whale debacle. (Being able to lose all of your money and have your life insurance lapse puts a whole new twist on the meaning of “insurance.”)

On December 16, 2013, Zurich Insurance Group announced that George Quinn, the CFO at another Swiss insurer, Swiss Re, would be replacing its CFO who died, Wauthier, as CFO effective May 1, 2014. Before Quinn had time to pack up his office, Swiss Re’s U.K.-based Director of Communications, Tim Dickenson, died a suspicious death. The company has declined to provide details to any media concerning the death: not the exact date of the death, the location or the circumstances. What we know from the Wall Street Journal is that Dickenson died sometime between January 19 and the death of JPMorgan’s Gabriel Magee whose body was discovered on January 28.

Wall Street On Parade emailed Swiss Re to see if perhaps they had withheld information at the time of death to wait for more formal findings. A Zurich-based spokesperson, Michael Gawthorne, responded that “As a matter of policy Swiss Re cannot give out private information about its employees. Many thanks for your understanding.” We wrote back asking for Dickenson’s age on the basis that this was surely public information. A testy response came back including this sentence: “If this information is on the public record, then I would kindly ask you to make use of the public record.” Media “Relations” apparently has a whole new meaning in Zurich.

Wall Street On Parade responded to Gawthorne that “Swiss Re is a publicly traded company whose shareholders have a right to material information that might influence their decision to buy or sell your shares.” Shareholders can hardly assess what is material when not a shred of information has been released during a period of an unprecedented string of deaths in the financial industry. And, let’s face it, Swiss secrecy has not worked out very well for the interests of the United States.

Dickenson had worked for Swiss Re since March of 2002 according to his LinkedIn profile. One would think that out of respect for his service to the company, it would release a statement of sorrow for the family, his age and bio. A search of Swiss Re’s web site turned up no media release.

Swiss Re also has significant financial ties to JPMorgan. In January 2010, Swiss Re obtained a $1 billion Letter of Credit facility from JPMorgan. According to BrightScope, JPMorgan’s Stable Value Fund is one of the three largest funds in the 401(k) plans Swiss Re offers to its U.S. workers. JPMorgan Cazenove (the marketing name for JPMorgan’s investment bank in the U.K.) has served as Swiss Re’s investment bank on past deals.

Swiss Re and Zurich Insurance Group also provide excess insurance lines to JPMorgan in its tower insurance structures to provide liability protection from securities fraud claims – a problem JPMorgan has been perennially addressing.

Recently, the three companies were teamed up on an investment in Switzerland that essentially gives investors a chance to bet on the direction of the firms’ share prices. Also included in the offering, called a Multi Barrier Reverse Convertible, was Credit Suisse Group, Julius Baer Group, and UBS. The investment product trades on the SIX Swiss Exchange.

On September 18, 2007 the Securities and Exchange Commission (SEC) brought and settled charges against a unit of Swiss Re, the Swiss Re Financial Products Corporation (SRFP), for illegally shorting stock the day of or the day before a secondary offering. The SEC complaint states that the “transactions were effected by several traders located in New York and London who were part of a group of traders that is no longer associated with SRFP or its affiliates…that, in each instance, the short sale occurred before the offering was priced; and that the firm covered all or part of the short position with shares it was allocated in the offering.” Swiss Re settled the matter by paying a $95,000 penalty and a disgorgement and prejudgment interest of $457,605.

The SEC’s past problems with the Zurich Insurance Group were far more serious than the shorting claims against Swiss Re. On December 11, 2008, the SEC announced it had settled civil securities fraud charges against Zurich Financial Services (the former name of Zurich Insurance Group) and Converium Holding AG, the new name of a unit of the company formerly known as Zurich Re (for reinsurance). According to the SEC, the scheme began in 1999 when the company “developed three reinsurance transactions for the purpose of obtaining the financial benefits of reinsurance accounting.  However, in order for a company to obtain the benefits of reinsurance accounting, the reinsurance transaction must transfer risk.  Here, Zurich designed the transactions to make it appear that risk was transferred to third-party reinsurers, when, in fact, no risk had been transferred outside of Zurich-owned entities.”

According to the SEC, the fraud was heightened when the company received “a significant windfall when it spun off Converium in a December 2001 initial public offering [IPO]. Converium continued the fraudulent scheme following the IPO.”  Zurich Financial Services and Converium agreed to settle the SEC’s charges without admitting or denying the SEC’s findings, with Zurich Financial Services paying a $25 million penalty.

The year before the IPO settlement, the SEC charged another unit of Zurich Financial Services, Zurich Capital Markets Inc., “for its role in providing financing to hedge fund clients that engaged in market timing of mutual funds and facilitating the hedge funds’ deceptive trading tactics.” The SEC ordered the company to pay $16.8 million, which consisted of $12.8 million in disgorgement and prejudgment interest and a $4 million penalty.

Approximately one week after the death of Swiss Re’s Communications Director, Tim Dickenson, the body of a 39-year old technology Vice President, Gabriel Magee, at JPMorgan’s European headquarters building in London, was found on the 9th level rooftop of the building at approximately 8:02 a.m. in the morning of January 28. According to persons close to Magee, no suicide note was left and he had emailed his girlfriend the evening before from the office to say he would be home shortly. Magee’s area of specialty at JPMorgan was “Technical architecture oversight for planning, development, and operation of systems for fixed income securities and interest rate derivatives” according to his LinkedIn profile. A coroner’s inquest is scheduled for May 15 to determine how Magee died.

Less than a week later, another JPMorgan employee, Ryan Crane, age 37, was found dead in his Stamford, Connecticut home on February 3, 2014. The Chief Medical Examiner’s office is still in the process of determining a cause of death. Crane was an Executive Director involved in trading at JPMorgan’s New York office. Crane’s death was not reported by any major media until February 13, ten days after his death, when Bloomberg News ran a brief story.

Two weeks later, a JPMorgan worker the press has alternately identified as Dennis Li or Dennis Li Junjie or Dennis Lee, died on February 18, 2014 as a result of a purported fall from the 30-story Chater House office building in Hong Kong where JPMorgan occupied the upper floors. Li, age 33, is reported to have been an accounting major who worked in the finance department of JPMorgan. For days, however, the South China Morning Post, an English language Hong Kong newspaper, ran articles calling Li an investment banker.