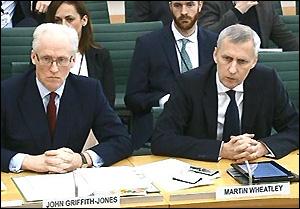 Yesterday, Martin Wheatley, the Chief Executive of Britain’s top financial regulator, the Financial Conduct Authority (FCA), testified before Parliament’s Treasury Select Committee that the public has valid reasons not to trust the way that rates are set in the foreign currency exchange markets “because of what they’ve seen and the stories that they’ve seen come out.”

Global investigators have accumulated evidence that strongly suggests that traders at the too-big-to-fail banks have been rigging foreign exchange rates in much the same manner that they rigged the interest rate benchmark, Libor.

Unfortunately for the public, Wheatley said it is likely that the investigation will drag into 2015, meaning the public will just have to go on not trusting a marketplace that trades $5.3 trillion a day. (Is this any way to run a global financial system or have we permanently entered the Alice in Wonderland world of finance?)

In answer to the question as to whether the public could trust “the way foreign exchange rates are fixed,” Wheatley responded:

“The methodology is quite interesting. The methodology to most people would seem a much safer methodology than Libor; because it’s actually trades which are real trades – not somebody’s view of the price at which things could happen — in a very, very liquid market. So I think the surprise for all of us as regulators is that actually the allegations have become so strong about fixing of those trades – collusion between traders in that market.

“So the elements that are different to Libor is that it’s a much deeper, much more liquid market based on real trades. The elements that are similar to Libor, and this is purely on what’s reported, is that the suggestions of collusion between individuals at a number of firms and the use of chat rooms and phones to collude to influence prices.

“But we’re still in the investigation phase. So I can’t really comment too much on any findings other than to say the allegations are every bit as bad as they have been with Libor.”

Upon further prodding for a direct response as to whether the public should trust the way rates are set, Wheatley added:

“Again, given what’s come out, no, people will not trust the way that rates are fixed. We’re trying, I’m chairing a group at the FSB [Financial Stability Board] level and also IOSCO [International Organization of Securities Commissions] which are the global bodies to look at this to introduce a new standard that all rates operate to. So we’re trying to change the method but, in truth, no, people won’t trust it because of what they’ve seen and the stories that they’ve seen come out.”

Wheatley said that at least ten banks are being investigated and there is informal coordination of the investigation between the U.S. Department of Justice, the U.S. Commodity Futures Trading Commission, the FCA and Swiss regulators.

Upon further probing, Wheatley admitted that other benchmarks set in London are being investigated for similar abuses but he declined to tell the Committee what those benchmarks are – adding further to public distrust of all rate regimes involving the big banks.

According to reports in business media since last November, JPMorgan, Citigroup, Deutsche Bank, HSBC, UBS, RBS, Barclays, Lloyds and Standard Chartered have already fired, suspended, or put currency traders on leave. However, no individual or firm has as yet been charged with wrongdoing. The largest four banks in foreign exchange – Deutsche Bank, Citigroup, Barclays and UBS – control more than 50 percent of the market.

In November of last year, Goldman Sachs said in a filing that it was under investigation by regulators in the currency fixing matter. 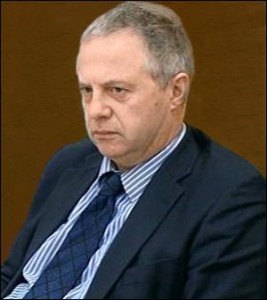 John Mann, Member of the British Parliament, Questions Martin Wheatley of the FCA on February 4, 2014

According to leaks to the business press – traders at some of the largest firms were using Bloomberg chat rooms dubbed “The Cartel” and “The Bandits Club” to rig the market.

Wheatley took a particularly hard grilling from John Mann, a Member of Parliament from the British Labour Party. Mann scowled and paused for dramatic effect between each syllable of the words “consumer champion.” The exchange follows:

Mann: “Have we or have we not just had the biggest series of quantifiable wrongdoing in the history of our financial services industry?”

Wheatley: “Yes we have.”

Mann: “Is there any other industry in recorded history in this country who’s had a comparable level of quantifiable wrongdoing to your knowledge?”

Mann: “So we’ve had a bit of a problem then. So you’re the consumer champion [Mann almost chokes on the word ‘champion’]. But I haven’t heard you say anything yet really about consumers. It’s all been a bit dry…Now, David Lawton [Director of Markets, FCA] stated that the, in November, that the Financial Services Act 2012 didn’t give the impetus for a radical change to the way we approach markets supervision. Why is that Mr. Wheatley? You’ve been there all along?”

Wheatley: “I think it was drawing a distinction within our organization as to which bits were more effective and which less. So markets supervision is effectively the oversight of formal markets, equity markets, debt markets, credit markets and which are the area which have been less affected. I don’t think he was using markets in its much broader sense…”

Mann: “My question is why your organization is saying that the Act in 2012 wasn’t good enough, when you were there, advising on these matters, all the way through.”

Apparently, as is the case with the Dodd-Frank financial reform legislation enacted in 2010 in the U.S., those significant new powers do not include the ability to stop the big banks from rigging markets and fleecing the public or inhibiting traders from bragging about it in chat rooms.