All Eyes Are on Wall Street; And Not in a Good Way 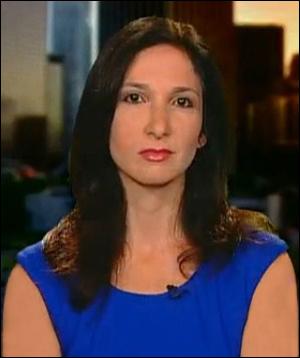 It’s five years and counting since Wall Street collapsed under the weight of its own corruption, aided and abetted by compromised regulators, and yet, by many measures, the financial system  is more vile than it was pre-crisis.

Yesterday, Andrew Brooks, head of U.S. equity trading at mutual fund giant T. Rowe Price, which manages $647 billion in customers’ funds, called the markets “dysfunctional” in an article in the Wall Street Journal. Mentioned elsewhere in the article was the growing unlit marketplace where trades are conducted by more than 40 dark pools away from exchanges or the continuing practice of internalization where the biggest Wall Street firms match their own customers’ buy and sell orders away from the stock exchanges.

The signature financial reform legislation of the Obama administration, the Dodd-Frank Wall Street Reform and Consumer Protection Act, is increasingly seen as a bureaucratic boondoggle, embedded with layers of hoops and hurdles by Wall Street’s lawyers and lobbyists to ensure that heightened regulation of Wall Street remains forever on the distant horizon. It’s almost three and one half years since the passage of Dodd-Frank and yet Wall Street is rife with corruption, conflicts, market rigging and cartel behavior on an unprecedented scale.

The tiny ray of sunshine is that the situation is so bad that good minds are looking at more than reforming the status quo and taking a hard look at the overall structure of the financial system in the United States. Increasingly, attention is focusing on the inherently conflicted contours of the Federal Reserve as both a central bank engaged in monetary policy while simultaneously wearing the hat of a key Wall Street regulator.

The always insightful Nomi Prins has a new book coming out early next year, All the Presidents’ Bankers, which has plumbed presidential archives for documents explaining how this unique structure in the world of central banks evolved, moving through history from the panic of 1907 to the crash of 2008. The book, not yet available for review, is billed as “an explosive account of the hundred-year interdependence between the White House and Wall Street” which explores “the alarming global repercussions of a system lacking barriers between public office and private power. Prins leaves us with an ominous choice: either we break the alliances, or they will break us.” (So far, they’re breaking us.)

This book’s premise is not hyperbole. Warnings are now coming from left, right and center: Senators from both sides of the aisle, regulatory insiders, academics, whistleblowers on Wall Street, and, most recently, a bank examiner at the New York Fed. The system is now akin to flesh-eating amoeba – unstoppable and determined to destroy its host.

On June 26 of this year, Thomas Hoenig, former President of the Federal Reserve Bank of Kansas City and now Vice Chair of the FDIC, told a Congressional committee that the biggest banks are “woefully undercapitalized” and that we have a “very vulnerable financial system.” Hoenig believes Dodd-Frank is a failure and is strongly advocating the return of the Glass-Steagall Act, legislation which would force the separation of banks holding insured deposits from Wall Street brokerage firms and investment banks.

At the same hearing, Richard Fisher, President of the Federal Reserve Bank of Dallas, testified: “I don’t think we have prevented taxpayer bailouts by Dodd-Frank,” adding that the legislation “enmeshes us in hyper bureaucracy.”

Former Federal Reserve Chairman Alan Greenspan is fond of remarking that nobody could have foreseen the last crash. While many people did, in fact, warn of an unstable and corrupt Wall Street prior to its 2008 implosion, this time around there is a much greater chorus. Sadly, the Obama administration and our 9-percent approval rated Congress are not listening.