Why Wasn’t the NSA Spying on Bloomberg Chat Rooms Where Unprecedented Market Rigging Was Taking Place? 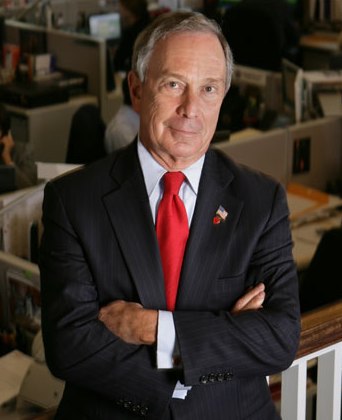 In recent months we’ve learned that the National Security Agency (NSA) has been spying on tens of millions of law-abiding citizens’ emails and telephone calls placed through companies like Google, Yahoo, Verizon, AT&T and Sprint Nextel. What the NSA does not appear to have been spying on are the Bloomberg chat rooms where real financial frauds involving potentially trillions of dollars in trades have been occurring for years.

Now, the ultimate embarrassment has occurred for those sleuths at the NSA. The Wall Street Journal is reporting that investigators probing a new line of market manipulation, rigged foreign currency trading, have found that potential lawbreakers were so cavalier about their conduct that they used chat names such as “The Bandits’ Club” and “The Cartel.”

On December 20, 2012, we reported that the Bloomberg chat room was the brand choice for traders plotting to rig the interest-rate benchmark known as Libor. Municipalities and other investors have filed lawsuits alleging that the rigging of this benchmark has cost them billions of dollars in losses. A total of five large international banks have cumulatively paid over  $3.5 billion to settle charges of rigging Libor and other related interest rate benchmarks.

Prosecutors have released a sampling of chats on the Bloomberg system to make their case that the interest-rate benchmarks were systematically rigged. Many of the chats involved Tom Hayes, a trader who worked for Citigroup and later, UBS. Hayes communicated with colleagues, with inter-dealer brokers and with traders at other large Wall Street firms.

In one electronic chat on November 20, 2006, Hayes explained to a junior UBS employee that he and another trader “generally coordinate” and “skew the libors a bit.”  Hayes added that “really need high 6m fixes till thursday,” meaning he wanted the 6-month Libor rate submitted by UBS to be rigged higher to aid his trading positions until Thursday.

On August 15, 2007, according to the U.S. Justice Department, Hayes sent an electronic message to an inter-dealer broker noting that he needed “to keep 6m up till tues then let it collapse.”  The broker responded: “doing a good job so far…as long as the liquidity remains poor we have a better chance of bullying the fix.”

In another electronic message on January 19, 2007, Hayes told a trader at another Wall Street firm: “bit cheeky but if you know who sets your libors and you aren’t the other way I have some absolutely massive 3m fixes the next few days and would really appreciate a high 3m fix. Anytime i can return the favour let me know as the guys here are pretty accommodating to me.”

The trader responded: “I will try my best.”  Ten days later, the same trader sent an electronic communication to Hayes, asking: “Anything you need on libors today? High 6m would help me.”  Hayes responded: “high 3m i’ll sort our 6m rate for you thanks.”  Following the electronic chat, Hayes contacted a UBS colleague and requested a high 6-month Yen Libor submission.

According to the Justice Department, these Bloomberg communications continued through at least May 2010, after Hayes had left UBS and moved on to Citigroup.  According to the complaint, Hayes left UBS and began working as a senior Yen swaps trader at Bank D, Citigroup, from approximately December 2009 through September 2010.

In a Bloomberg terminal electronic chat on May 12, 2010, while employed at Citigroup, Hayes stated to a trader at his former firm, UBS: “libors are going down tonight.” The UBS trader asked: “why you think so?” Hayes responded: “because i am going to put some pressure on people.”

The Libor investigation is now five years old but no U.S. Justice Department charges have yet been brought against Citigroup or JPMorgan, despite Canadian government documents implicating their traders.

Dan Doctoroff, CEO and President of Bloomberg L.P, boasts on the company’s web site that its “315,000 subscribers exchange 200 million messages a day. They have 15 to 20 million chats a day. They’re a community.”

Bloomberg calls its foreign-exchange trading platform a “secure proprietary network.” The company notes further that its “tightly integrated Instant Bloomberg (IB) network tool provides instant access to the world’s most sophisticated FX [foreign-exchange trading] community, helping you know what’s moving — and who is moving it.” It adds that you can “connect to your colleagues and trading partners with IB Dealing, a chat based trading tool that captures trade details directly from conversations and provides straight-through processing (STP) to your treasury management system or your back office.” [Emphasis added.]

Elsewhere on the Bloomberg web site, the company notes that “Communication is powerful with Instant Bloomberg®, the leading chat tool used by the global financial community. Completely integrated with Bloomberg Professional service, our unique chat-parsing technology lets you capture chat text, incorporate crucial deal details and send them directly to your trading platform. All chats are archived and auditable, enabling you to fulfill compliance requirements. You can share screens, data sets, charts or Excel files through Instant Bloomberg to collaborate quickly and easily with colleagues and trading partners.”

Bloomberg also acknowledges doing its own background checks before a trader gains access to the chat rooms: “Each member’s identity is validated and secured through Bloomberg, allowing you to converse, collaborate and trade with confidence.”

Why the NSA was unable to hack into the Bloomberg chat rooms while savvy tech giants like Google and Yahoo posed no problem, is a question begging for an answer.