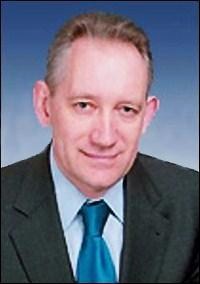 Just when it seemed one could no longer be shocked by the corruption, hubris and lack of accountability in the American financial system, along comes yesterday’s release of the Federal Reserve’s minutes for the October 29-30 meeting of its Federal Open Market Committee (FOMC).

While mainstream media focuses on what the minutes revealed about when the Fed might begin to reduce its monthly $85 billion in bond purchases, receiving scant attention is a brazen power grab boldly stated on page two of the eleven pages of minutes.

Back on October 31, wire services reported that the temporary dollar and foreign currency swap lines that had been put in place between central banks on a temporary basis during the financial crisis had been turned into standing arrangements.

The Associated Press explained the action as follows: “Six of the world’s leading central banks, including the U.S. Federal Reserve, say they will provide each other with ready supplies of their currencies on a standing basis, extending arrangements set up to steady the global financial system during post-2007 turbulence.”

In other words, without public deliberations, an action that was adopted as a temporary, emergency operation, now had become a permanent part of world finance – on the basis of minutes and details yet to be seen by Congress or the general public.

When those minutes were released yesterday, alarm bells should have rang out from the business press. Not only did this temporary emergency measure become permanent, but the full FOMC committee is reduced to voting on its continuance but once a year and the conduct of the program has been effectively delegated to the Chairman of the Federal Reserve and a man the American people have never heard of, Simon Potter, the Manager of the System Open Market Account and Markets Group at the Federal Reserve Bank of New York.

According to the minutes, ten members of the FOMC Committee, including Federal Reserve Chairman Ben Bernanke and his likely replacement, Vice Chairman, Janet Yellen, unanimously voted in favor of the plan. The comments of those opposing the plan are opaquely described in the minutes as follows:  “The Committee considered a proposal to convert the existing temporary central bank liquidity swap arrangements to standing arrangements with no preset expiration dates.  The Manager [Potter] described the proposed arrangements, noting that the Committee would still be asked to review participation in the arrangements annually.  A couple of participants expressed reservations about the proposal, citing opposition to swap lines with foreign central banks in general or questioning the governance implications of these standing arrangements in particular.”

Instead of the full FOMC committee, which includes Federal Reserve Board Commissioners and Presidents of the regional Federal Reserve banks, approving these interventions in foreign currencies, the Chairman of the Federal Reserve will simply now consult with a subcommittee. But more troubling, the New York Fed has gained enormous power in the process. The minutes state: “authority to approve subsequent drawings of a more routine character for either the dollar or foreign currency liquidity swap lines may be delegated to the Manager [Potter], in consultation with the Chairman.”

Simon Potter already wields enormous and nontransparent power in financial markets. Potter is head of the Markets Group which oversees a sprawling trading operation at the New York Fed. Of the 12 regional Federal Reserve Banks, only the New York Fed has a trading floor rivaling that of Goldman Sachs. Potter is also Manager of the System Open Market Account (SOMA) at the New York Fed. According to the Fed’s web site, SOMA operations are designed to influence bank reserves, money market conditions, and monetary aggregates.

The New York Fed has come under withering criticism for allowing CEOs of the serially prosecuted Wall Street banks to serve on its Board of Directors while it purports to function as a primary regulator of Wall Street. Despite having failed to detect and prevent the frauds that led to the financial collapse of Wall Street in 2008, it has received expanded regulatory powers under the Dodd-Frank “reform” legislation.

On July 16 of last year, the former New York State Attorney General and later Governor who attempted to drag Wall Street corruption into the light of day before it imploded the system, Eliot Spitzer, penned an article for Slate on the insidious doings of the New York Fed.

Under the headline, “Why the New York Fed Must Be Investigated,” Spitzer explained the history of the New York Fed’s role in turning a blind eye to the rigging of the global interest rate benchmark known as Libor, a benchmark impacting everything from student loans to mortgage rates to municipal borrowing costs across America. Spitzer wrote: “The New York Federal Reserve knew about Libor games being played by the banks years ago and seems to have done precious little about it—except perhaps send a memo parroting the so-called reform ideas proposed by the banks themselves. Then nothing more. No prosecutions, no inquiries of the banks to see if the illegal behavior had stopped—just a live-and-let-live attitude.”

Spitzer called for an independent special prosecutor to investigate the New York Fed, citing the deep conflicts of interests on its Board over the years:

“Well, look who was on the board: Dick Fuld of Lehman fame; Sandy Weill of Citibank; Jeff Immelt of GE—the largest beneficiary of the Fed’s commercial paper guarantees; and, of course, Jamie Dimon of JPMorgan Chase, whose bank’s London derivative trades and Libor involvement make his role on the board even more absurd.”

Dimon’s two-terms totaling six years on the Board of the New York Fed ended this past December. He continued to serve even as his bank, JPMorgan Chase, was being investigated for losing $6.2 billion trading exotic derivatives with its bank depositors’ money.

And the hits just keep on coming. Last month we learned that Carmen Segarra, a former bank examiner at the New York Fed is charging in a lawsuit that she was told to change her negative review of Goldman Sachs over its inadequate conflict of interest policy. When she refused to do so, she was terminated in retaliation and escorted from the Fed premises, according to her lawsuit.

Just how long will it take Congress — that body in Washington with a 9 percent approval rating from the American people — to figure out that “just trust us” has been a killer policy when it comes to Wall Street and other people’s money.