JPMorgan Is In a Boatload of Trouble Over Madoff: Here’s Why 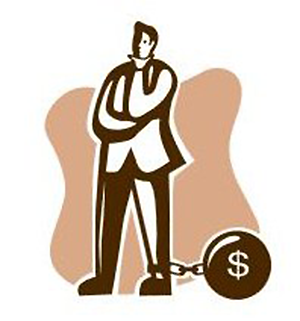 There are five words that neatly sum up JPMorgan Chase’s dilemma in its efforts to avoid a deferred prosecution agreement or a more serious outcome over its handling of Bernard Madoff’s business account for more than two decades: the “Know Your Customer Rule” and recidivism.

The Know Your Customer Rule is ingrained in every banker and broker on Wall Street by the legions of compliance officers who send out terrifying memorandums depicting recent examples in the news or the courts of what happens to unwitting financial reps who didn’t know their customers. The memos are backed up with equally terrifying compliance meetings and compliance handbooks that one must acknowledge receiving in writing. Some firms now require brokers to take computer-based continuing education classes which further enshrine the mandates of the Know Your Customer Rule.

The object of this rule is to make the banker or broker responsible for determining the legitimate line of work the customer is engaged in while monitoring the account regularly to see if the transactions correlate to that legitimate business. The overall goal is to protect the Nation’s banking system from being a conduit for money laundering or other illicit activities.

It is not uncommon to receive a phone call from the bowels of the compliance department if something appears amiss. I once received such a call because a parent who was a client wanted to transfer a large sum from his account to his son’s account to help him buy a home. These were both long term clients whom I knew from my own town and who had done nothing more alarming in a decade than collect muni bond interest in their accounts. I had to get a copy of the purchase contract on the home to satisfy the inquiring minds in compliance.

On another occasion, I filled out a new account card for a science professor who was the husband of a long term client. I got a call from the compliance department suggesting he wasn’t really who he said he was. It took about 30 seconds to pull up his 20-year resume at his university, complete with his email address, and email it back to the compliance department to make their own contact.

Understanding intimately how the Know Your Customer Rule plays out every day on Wall Street makes it next to impossible to understand how JPMorgan Chase could have legitimately maintained the Madoff account. According to lawsuits filed by the Trustee handling the Madoff recovery funds, Irving Picard, JPMorgan knew that Madoff was engaged in an investment advisory business for hundreds of clients; but the Madoff bank account that JPMorgan Chase oversaw showed billions of dollars in cash being wired in and out but no payments going to any party engaged in processing or clearing a stock trade.

Unlike my client’s one-time transfer to his son’s account which triggered monitoring by the compliance department, Picard alleges in his lawsuit that Madoff’s account showed repeated, inexplicable round-trip wire transfers for many millions of dollars between Madoff and the same elite group of customers – some of whom were also large customers at JPMorgan.

Then there is the problem of recidivism. JPMorgan just proved to regulators in the London Whale debacle that its risk controls were deficient, to put it kindly. But JPMorgan signed an agreement with the Federal Reserve Bank of New York and the New York State Banking Department on July 28, 2003, effectively agreeing to “operate in compliance with applicable safety and soundness standards and federal and state laws, rules and regulations” and assured them that the company would “effectively manage their financial, operational, legal, reputational, and compliance risks.”

This agreement grew out of SEC charges that between 1997 and 2001, JPMorgan had made loans to Enron totaling $2.6 billion while disguising them as “prepay” transactions. The New York District Attorney’s office said JPMorgan, through these transactions, had “knowingly structured the prepaid transactions with Enron in a way that allowed Enron to engage in fraudulent accounting and to make its financial statements less transparent.”

Like Madoff, Enron was a big, lucrative client to JPMorgan.

Coming on the heels of Enron, duplicitous mortgage transactions, the London Whale debacle involving $6.2 billion in trading losses using insured deposits, energy market manipulation, the blindness deployed in overseeing the Madoff business account looks and smells like recidivism. And the word on the street is, the Feds are no longer buying “the dog ate my homework.”