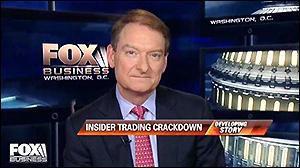 Wall Street has marshaled every ounce of political and public relations clout it can muster to defeat Eliot Spitzer from advancing into the position of New York City Comptroller. The New York City primary is tomorrow and, like clockwork, today’s Wall Street Journal’s opinion page features a vicious attack on Spitzer by Paul Atkins, a former SEC Commissioner turned public relations pro/opinion writer/media pundit and consultant to Wall Street.

Atkins heads a firm, Patomak Global Partners, that provides consulting and litigation support to the financial services industry. Its web site boasts that “Our professional team includes two former Commissioners and a former General Counsel of the Securities and Exchange Commission, a former member of the Board of Governors of the Federal Reserve System, and others with diverse backgrounds and senior management experience in both public and private sector leadership positions.” In other words, they have finely honed the revolving door model and will deliver it to your corporate doorstep.

Atkins served on the staff of SEC Chairman Arthur Levitt in years prior to becoming an SEC Commissioner himself.  When Gary Weiss authored Wall Street Versus America: The Rampant Greed and Dishonesty That Imperil Your Investments, he had this to say about Levitt:

“Levitt presided over the worst abuses to descend upon Wall Street since the 1920s. He failed miserably at dealing with the problems that he did not ignore entirely, but he did a couple of things better than just about any recent SEC chairman in history — give speeches, and court the press.”

Atkins was appointed to the SEC as a Commissioner by President George W. Bush and served from 2002 to 2008 – the critical years leading up to the implosion of Wall Street and a period when the SEC failed to remove its rose-colored glasses long enough to see a frightening level of leverage, insanely concocted derivatives and off-balance sheet risks heading like a heat-seeking missile directly at the U.S. economy.

As recently as last Fall, Atkins was also a Senior Partner in Sphere Consulting, a public relations firm serving Wall Street’s biggest banks, among other corporations. Atkins is no longer listed as an employee on the Sphere Consulting web site and the Wall Street Journal does not include the company’s name in Atkins’ bio at the end of the opinion piece. A press release issued by Sphere shows Atkins’ joining the company in September 2010.

According to Sphere Consulting’s web site, it “has worked with some of the world’s largest investment banks to educate decision makers…Whether our client is one of the larger banks or a smaller financial institution, we have experience developing and executing a communications and media relations program to ensure the important facts and implications are clearly understood.” It lists its strengths as “shaping perceptions” and “driving debate.” Atkins began his career as a lawyer with Davis Polk & Wardwell in New York, a Wall Street legal powerhouse.

Why is Wall Street so obsessed with blocking Spitzer’s entry into a seemingly innocuous political job in New York City? The New York City Comptroller manages the investments of five New York City pension funds, totaling approximately $140 billion. The Comptroller’s office is also in charge of auditing city agencies with a staff of over 700 employees, including lawyers and accountants.

Given the abusive interest rate swaps and tainted deals Wall Street has bestowed on municipalities across America, there is effectively no one who closely follows Wall Street who believes that the New York City pensions have been immune to Wall Street’s dirty deals.

Others supporting Spitzer want a thorough accounting for what has happened with New York City operating funds and potential sweetheart deals for Wall Street under the three consecutive terms of Mayor Michael Bloomberg, who has repeatedly shown fealty to Wall Street interests. Bloomberg financed and led the charge to repeal term limits in order to remain in office for another four years. Tomorrow’s primary will also decide which candidates will be running for Mayor to replace Bloomberg, who was first elected in 2001.

In the Wall Street Journal opinion piece, Atkins calls Spitzer’s work as the former New York State Attorney General “ill-advised prosecutions in his pursuit of personal publicity.” He goes on to say that “What New York City needs in a comptroller is someone who will competently manage the auditing of city offices, protect taxpayer interests, root out fraud and corruption in city government, and let the boards of the city pension funds responsibly work to maximize returns for the benefit of retirees. It does not need grandstanding for the media, a trail of broken companies and endless litigation.”

The trail of broken companies in New York City – names like Lehman Brothers and Bear Stearns and Citigroup and Merrill Lynch – were all supervised by the SEC at the time Atkins served as a Commissioner. Is he really in a position to be advising voters on who will best protect taxpayers’ interests?