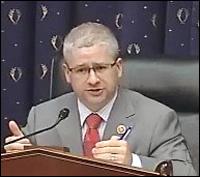 One day after terrorists set off a bomb at the Boston Marathon leaving a tragic trail of senseless human suffering, the U.S. House of Representatives held a scheduled hearing to debate another form of terrorism – the kind of economic terrorism that gripped the United States from 2008 to 2010 and lingers today in the form of 46 million Americans living in poverty, mass underemployment, stagnating wages, a shaky housing market, tepid GDP growth and ballooning national debt. The House was debating the “grave threat” to the Nation posed by the too-big-to-fail banks. You likely didn’t hear about the hearing because the media was focused on the Boston Marathon and its more easily understood, visually shocking form of terrorism.

On April 16, 2013, members of the House Oversight and Investigation Subcommittee of the Financial Services Committee wanted to learn more about two words, “grave threat,” that appear just twice in the Dodd-Frank financial reform legislation that was passed in 2010 but has yet to be fully enacted.

Scott Alvarez, the General Counsel of the Federal Reserve Board of Governors, who was present at the hearing, explained the use of the phrase in Section 121 of the Dodd-Frank legislation: 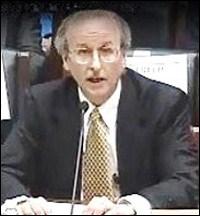 Scott Alvarez, General Counsel of the Federal Reserve Board

Alvarez said: “…Section 121 allows the Federal Reserve, in consultation with F-SOC [Financial Stability Oversight Council], not the FDIC, to require large firms to sell assets. However, it imposes a high hurdle on the requirement. We must find, and the F-SOC must agree – two-thirds of the F-SOC must agree – that the institution poses a ‘grave threat,’ not just any threat, a ‘grave threat,’ to financial stability. And, we are required by statute to consider a variety of alternatives first, including restrictions on growth, restrictions on activities, conditions on operations, many other things as precursors to the sale of assets. The sale of assets is the last on the list.”

The Chairman of the Committee, Congressman  Patrick McHenry (R-NC), asked Alvarez if the regulators had yet defined the term “grave threat.” Alvarez responded: “No we have not.”

Congressman Dennis Ross (R-FL) went further: “So let me ask you this, point blank: do you have any quantitative metrics that you use now to determine whether a company may be a grave threat.” Alvarez answered: “We do not have a quantitative measure.”

Compounding the genuine threat that the biggest Wall Street banks continue to pose to the safety and soundness of the banking system of the United States and the economy is the paranoia that has gained traction in the U.S. House of Representatives and on display throughout this hearing. The Republicans, for the most part, aren’t interested in the Dodd-Frank reference to “grave threat” because they believe the big banks are dangerous. They believe big government is dangerous and might arbitrarily decide to break up big banks or force them to sell assets.

Many Democrats have their own dangerous brand of myopia, ignoring the mounting evidence that Dodd-Frank is a bust and defending it in continuous hearings. The $6.2 billion of bank deposits gambled away in derivatives in a stealth operation in London by JPMorgan traders two years after the passage of Dodd-Frank is undeniable proof of the failure of Dodd-Frank to rein in the excesses of Wall Street. Thomas Hoenig, a former President of the Federal Reserve Bank of Kansas City and now Vice Chair of the FDIC, testified before a June House hearing that the largest Wall Street banks are “woefully undercapitalized” and that we have a “very vulnerable financial system.” If this isn’t a grave threat – what is?

The only bright spot in this boondoggle is the bipartisan work in both the Senate and House in the introduction of legislation to effectively repeal Dodd-Frank through the restoration of the Glass-Steagall Act, separating banks holding insured deposits backed by the FDIC and the taxpayer from the high risk gambles of Wall Street’s investment banks.

Noting how little has changed since the days of the financial collapse in 2008, Congressman Emanuel Cleaver (D-Missouri) posed the following question to Alvarez:

“Mr. Alvarez, would you agree that with some different, more stringent accounting standards, that the so-called too-big-to-fail banks are actually twice as large as they appear in the rear view mirror on the passenger side?”

Alvarez said “a lot of securitizations are now reflected on the balance sheet of banks….” Alvarez made no mention of the trillions of dollars in interest rate swaps or credit default swaps that the banks hold and that continue to pose a threat to financial stability of the U.S.

The other appearance of the words “grave threat” in the Dodd-Frank legislation relates to leverage. For financial institutions with $50 billion or more in assets, the Federal Reserve can enforce a “debt to equity ratio of no more than 15 to 1, upon a determination by the [Financial Stability Oversight] Council that such company poses a grave threat to the financial stability of the United States and that the imposition of such requirement is necessary to mitigate the risk that such company poses to the financial stability of the United States.”

Below is the text of Section 121 of Dodd-Frank relating to breaking up banks that pose a “grave threat” to the U.S.

(1) limit the ability of the company to merge with, acquire, consolidate with, or otherwise become affiliated with another company;

(2) restrict the ability of the company to offer a financial product or products;

(3) require the company to terminate one or more activities;

(4) impose conditions on the manner in which the company conducts 1 or more activities; or

(5) if the Board of Governors determines that the actions described in paragraphs (1) through (4) are inadequate to mitigate a threat to the financial stability of the United States in its recommendation, require the company to sell or otherwise transfer assets or off-balance-sheet items to unaffiliated entities.

(b) NOTICE AND HEARING.—

(1) IN GENERAL.—The Board of Governors, in consultation with the Council, shall provide to a company described in subsection (a) written notice that such company is being considered for mitigatory action pursuant to this section, including an explanation of the basis for, and description of, the proposed mitigatory action.

(3) DECISION.—Not later than 60 days after the date of a hearing under paragraph (2), or not later than 60 days after the provision of a notice under paragraph (1) if no hearing was held, the Board of Governors shall notify the company of the final decision of the Board of Governors, including the results of the vote of the Council, as described in subsection (a).

(c) FACTORS FOR CONSIDERATION.—The Board of Governors and the Council shall take into consideration the factors set forth in subsection (a) or (b) of section 113, as applicable, in making any determination under subsection (a).

(d) APPLICATION TO FOREIGN FINANCIAL COMPANIES.—The Board of Governors may prescribe regulations regarding the application of this section to foreign nonbank financial companies supervised by the Board of Governors and foreign-based bank holding companies — (1) giving due regard to the principle of national treatment and equality of competitive opportunity; and (2) taking into account the extent to which the foreign nonbank financial company or foreign-based bank holding company is subject on a consolidated basis to home country standards that are comparable to those applied to financial companies in the United States.