Wall Street’s Metals Cartel On Trial Today in the Senate 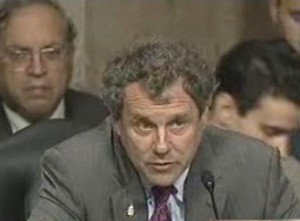 If you think Wall Street’s rigging of foreclosures to struggling homeowners, or rigging interest rate swaps sold to municipalities, or rigging the Libor interest rate benchmark is the extent of its cartel activities, think again. Today, in U.S. Senate chambers, expert witnesses will make the case that the London Metal Exchange (LME) has become little more than a rigged Wall Street game to benefit a handful of powerful Wall Street firms while costing consumers and the economy greatly.

Timothy Weiner, Global Risk Manager of the giant beer brewer, MillerCoors LLC, has told the Senate in his written statement that his company’s concerns about the London Metal Exchange are shared by many other companies, including The Coca-Cola Company, Novelis, Ball Corp., Rexam, Dr. Pepper Snapple Group, D.G. Yuengling Brewing Company, North America Breweries, Rogue Brewery and Reynolds Consumer Products, among others. All of these companies need easy access to aluminum for beverage cans or other consumer products.

According to Weiner, under exemptions the big Wall Street firms obtained from the Federal Reserve:

“…U.S. bank holding companies have effective control of the LME, and they have created a bottleneck which limits the supply of aluminum. Aluminum prices in general and for can sheet in particular have remained inflated relative to the massive oversupply and record production. What’s supposed to happen under these economic conditions? When supplies rise while demand is flat to down, prices should fall.”

What’s happening instead, according to Weiner, “is that the aluminum we are purchasing is being held up in warehouses controlled and owned by U.S. bank holding companies, who are members of the LME, and set the rules for their own warehouses. These bank holding companies are slowing the load-out of physical aluminum from these warehouses to ensure that they receive increased rent for an extended period of time. Aluminum users like MillerCoors are being forced to wait in some cases over 18 months to take physical delivery due to the LME warehouse practices or pay the high physical premium to get aluminum today. This does not happen with any of the other commodities we purchase. When we buy barley we receive prompt delivery, the same with corn, natural gas and other commodities. It is only with aluminum purchased through the LME that our property is held for an extraordinary period of time, with the penalty of paying additional rent and premiums to the warehouse owners, until we get access to the metal we have purchased.”

According to Weiner, the Wall Street firms that are members of the LME also make up its Warehouse Rules and Regulations committee, while also owning a large number of warehouses that store metals.  Weiner said that through December 2012, Goldman Sachs was the largest LME principal and through its ownership of Metro International Trade Services owns one of the largest warehouse complexes in the LME system, controlling 29 of the 37 warehouse locations at the LME approved site in Detroit. According to Weiner, “This site houses approximately one quarter of the aluminum stored in LME facilities globally and over 70% of the available aluminum in North America. Henry Bath (100% owned by JPMorgan), Glencore and other trading companies also own LME warehouses.”

Weiner’s written statement said there is no independent regulator of the LME warehouses or of the Exchange itself – it’s self-regulated by these Wall Street firms and its other principals, according to Weiner.

Joshua Rosner, a Managing Director of the independent research firm, Graham Fisher & Company, was even more strident in the written testimony he provided to the Subcommittee in advance of his appearance. Rosner said  “We’re on the threshold of a new Gilded Age, where the fruits of all are enjoyed by a few.” He put the blame squarely on the Federal Reserve, saying it has been rewriting securities laws.

“In 2003, with the stroke of a pen, the Federal Reserve razed the walls between deposits and commerce with its approval of Citi’s ownership of Phibro, a nonfinancial business. It did so again, in 2005, when it approved JPM’s entry into the physical commodities business. This kind of unilateral extra-legal decision-making by an entity not directly accountable to voters or Congress or even the executive branch has proven perilous to the public and anti-democratic.”

Saule Omarova, an Associate Professor of Law at the University of North Carolina at Chapel Hill School of Law, outlined in her written testimony the sprawling encroachment of the Wall Street firms into physical commodity ownership, storage and trading as the Federal Reserve stood by blindly acquiescing.

According to Omarova, Morgan Stanley has constructed power plants in Georgia, Alabama and Nevada, allowing it to become a major electricity seller. In 2006, it acquired “full ownership of Heidmar Inc., a Connecticut-based global operator of commercial oil tankers. Although Morgan Stanley sold 51% of equity in 2008, it still retained a 49% stake. Heidmar operates a fleet of more than 100 double-hull vessels and provides transportation and logistics services to major oil companies around the world.”

But Morgan Stanley is hardly alone. According to Omarova, Goldman Sach’s subsidiary, GS Power Holdings LLC, “holds another prized asset in Goldman’s commodities empire: Metro International Trade Services LLC (“Metro”). Metro is a metals warehousing company that owns and operates nineteen warehouses in the Detroit metropolitan area, as well as warehousing facilities in Europe and Asia. By acquiring Metro in February 2010, Goldman gained control of one of the largest metals warehouses in the global network of storage facilities approved by the LME.”

Omarova explained to the Senate in detail how JPMorgan Chase (JPMC) entered the realm of physical commodities:

“In 2008, JPMC bought the key assets of Bear Stearns, an independent investment bank on the verge of failure. As part of the deal, JPMC acquired commodity trading assets and operations, including a significant network of electric power generating facilities owned by Arroyo Energy Investors L.P., a commodities subsidiary of Bear Stearns.

“After acquiring Bear’s energy assets, JPMC’s CEO Jamie Dimon and the head of commodities operations Blythe Masters began aggressively expanding the firm’s physical commodities business. In 2008, the firm started trading physical oil and looking at ‘more ways to boost its presence in energy markets.’  In addition to hiring more people in its commodities and energy trading and investment team, JPMC started drawing plans for strategically expanding its metals and energy operations in Asia.

“In November 2010, JPMC also bought RBS Sempra’s North American power and gas business, which added further strength to the operations the firm inherited from Bear Stearns. This purchase propelled JPMC into the top tier of natural gas and power marketers in North America…

“In addition to oil, gas, and electric power assets, JPMC’s crisis-driven acquisitions allowed the firm to become a significant force in global markets for metals. In late 2011, JPMC bought a stake in LME from the bankrupt futures firm, MF Global, and became the exchange’s largest shareholder. As part of its Sempra deal, JPMC acquired control of Henry Bath, a UK-based metals warehousing company that owns and operates one of the largest LME-approved global metal storage networks.”

And, of course, there is Goldman Sachs. Omarova’s written testimony said that “Coca-Cola complained that Goldman intentionally created a bottleneck at its Metro warehouses in order to drive up market prices for aluminum and sell their own metal stock at the inflated price.”

Taking the side of Wall Street was Randall D. Guynn, the head of the Financial Institutions Group at Davis Polk & Wardwell LLP, a firm that has represented all of the major Wall Street firms and had its finger in almost every legislative and regulatory pie involving Wall Street, including the 2008 bailout.

One written statement submitted by Guynn to the Subcommittee was curious. He said: “Another important benefit of allowing financial holding companies to own inventory in physical commodities is that this permits them to finance the inventory for customers, such as airlines and refiners…” That function could just as easily happen by banks giving their business customers commercial loans, a traditional component of what banks are meant to do.