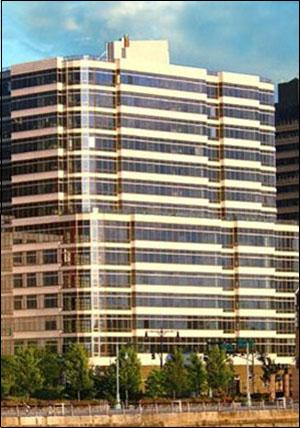 NYU Provided a $2.85 Million Mortgage to a Law Professor to Buy a 6 Room, 3 1/2 Bath Condo In This Building

According to documents unearthed in a month-long search of public records, NYU Law School has created an array of nonprofits to funnel money into lavish perks for its professors. The money has been used by professors to buy multi-million dollar brownstones and condos in Manhattan and Brooklyn with portions of some loans forgiven over time. In some cases, even the interest charged on the loans has been reimbursed.

The decision to use nonprofit funds to enhance the lifestyles of a select handful of professors and administrators rather than assisting students is under investigation by Senator Chuck Grassley at the Senate’s Judiciary Committee. A referral has also been made by the NYU chapter of the American Association of University Professors to the New York State Attorney General’s Charities Bureau which oversees nonprofit organizations.

From the hundreds of records examined, NYU, under the leadership of President John Sexton, looks like a real estate developer in drag as a university. According to its federal tax returns from 2006 through 2010 – just a five year period, its five highest paid independent contractors received over $568 million for construction work and an eye-popping $173 million to clean its buildings.

Last year, Newsweek magazine ranked NYU as the fourth least affordable university in the country with an annual on-campus cost of $58,858.

Sitting in close geographic proximity to the rapacious denizens of Wall Street, with a Board sprinkled with the chummy financial titans and chaired by their go-to legal counsel, Martin Lipton, it seemed only a matter of time before NYU would succumb to Wall Street’s brand of  crony capitalism as a business model.

In 2004, the NYU School of Law Foundation informed the IRS on its annual tax filing that its primary purpose which garnered it tax exempt status was to foster legal education and research “by awarding scholarships, making grants for educational purposes related to law, and supporting programs of the School of Law.”

That deal followed an earlier one with Pildes in 2001. On January 30, 2001, the NYU School of Law Recruitment Assistance Corporation gave a $200,000 mortgage loan to Pildes and magically made him a tenant in common with the nonprofit in a brownstone on West 10th Street. On October 29, 2004, the same nonprofit bought back Pildes’ 49 percent interest in the West 10th Street brownstone for $3,000,000, according to the public record it filed with New York City, even paying $42,000 in transfer taxes.

Catherine DeLong, listing herself as the Vice President of the Board of Directors of the NYU School of Law Recruitment Assistance Corporation, filed a document with the City stating that “There is not now, nor has there ever been a written contract of sale in connection with this conveyance.”

In response to an emailed request for clarification, Pildes says “I never received a penny from NYU (or anyone else) for the sale of my interest in the house.  When the house was sold in 2004/03, all of the money from the sale went to NYU.” Just a little over a month after the $3 million faux sale of the West 10th Street brownstone, Pildes got his $2,850,000 mortgage loan for the new condo with river views.

I asked Pildes to explain the rationale for the deals, how it was possible for an NYU professor to carry that level of debt, and inquired if the debt was being forgiven over a number of years. Pildes said he was out of the country and couldn’t access the records to provide greater detail. I sent him the link to his specific transactions which were recorded at the Office of the City Register, available to the public at no charge with the click of a button. I received no further information from him.

On the same day that the NYU School of Law Recruitment Assistance Corporation registered a $3,000,000 buyback of a 49 percent interest by Pildes in the West 10 Street brownstone, valuing the full property at over $6,000,000, it flipped the property in an outright sale to a D’Andrea Benedetto, who is associated with RPM Music in Manhattan according to the public record, for $4.7 million. Citimortgage financed that deal, providing Benedetto with a 5-year fixed rate of 4.25 percent, adjustable thereafter.

It is not known if Benedetto is related to anyone at NYU. Further clarification on the deal was not forthcoming from queries to three different members of the media relations team at NYU.

Pildes has had at least one high profile involvement with Wall Street. In 2008, Pildes filed an Amicus Curiae (friend of the court) brief with the U.S. Supreme Court on behalf of seven former Commissioners of the Securities and Exchange Commission (SEC). The brief was to defend placing a newly created Public Company Accounting Oversight Board (PCAOB) under the jurisdiction of the SEC following the scandals at Enron, Worldcom and a host of other companies. Pildes told the court that the SEC and self-regulatory agencies “have collectively succeeded in protecting the integrity of U.S. markets.” Just months after this brief was filed, Wall Street collapsed under the weight of its own corruption and the ineptitude of its regulators.

Anna Deavere Smith, the actress, has a Masters of Fine Arts degree from the American Conservatory Theatre, according to her profile at NYU.  In addition to being a Professor at the NYU Tisch School of the Arts, she is listed on the faculty page at the NYU Law School. That status apparently qualified her to receive a $1 million mortgage on a property on N. Moore Street in Manhattan from the NYU School of Law Faculty Retention Assistance Corporation on May 23, 2001. 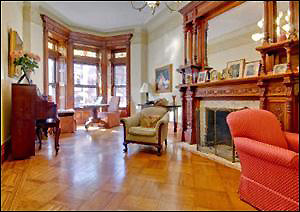 On February 2, 1999, law professor Noel Cunningham and his partner, adjunct professor Laura Cunningham, received a $1.4 million mortgage for a brownstone in the Park Slope section of Brooklyn. The loan went to $1.5 million 11 months later. The nonprofit that arranged the deal was the NYU School of Law Faculty Retention Assistance Corporation. Noel Cunningham had already been a law professor at the school for 24 years, suggesting retention was not an issue.

In 2008, Noel Cunningham wrote a paper on  carried interest — the scheme under which billionaire hedge fund managers on Wall Street pay a paltry 15 percent income tax – less than most struggling middle class Americans. Cunningham’s paper came in response to a Congressional proposal to tax hedge fund managers at 35 percent, in line with other high income earners at the time. Cunningham advocated for a “more moderate legislative fix.” Five years later, the topic is still being debated as the windfall continues to flow to Wall Street. NYU has a number of hedge fund managers on its Board.

Ten days ago, the Dean of the NYU School of Law, Richard Revesz, who has served in that post since June 1, 2002, stepped down to head up the Marron Institute on Cities and the Urban Environment, a nonprofit made possible by a $40 million gift from Donald Marron, the former Chairman and CEO for two decades of the Wall Street firm, Paine Webber.

Revesz’ mortgage deals with NYU date all the way back to June 24, 1998 when the NYU School of Law Foundation bestowed on he and his partner, Vicki Been (also a law professor at NYU), a 46.5465 percent interest in a brownstone on West 11th Street in the West Village. The home had been purchased by the Foundation on October 16, 1995 at a cost of $1,450,000. With considerable improvements made by the Foundation, the fair value was placed at $2,664,000 on the date Revesz and Been acquired their interests. The Foundation sold the 46.5465 percent interest to the law professors for $1,240,000 and provided their full purchase price in two mortgage notes. On December 19, 2002, a little over six months after Revesz became Dean of the Law School, the Foundation transferred its 53.45 percent interest in the property to Revesz and Been.

According to documents on file with New York City, large amounts of the interest on the Revesz mortgage loans were not being paid but were, instead, allowed to accrue and be added to principal. On March 30, 2012, Revesz and Been entered a mortgage modification directly with NYU, not the Foundation. The document notes that as of March 30, 2012 there was a combined outstanding principal balance in the amount of $2,180,597 (including capitalized interest) and a second outstanding principal balance of $1,197,661. The deal was renegotiated to reduce the amount of interest and extend the maturity date on the larger balance.

According to NYU’s 2010 federal tax filing with the IRS (the most recent one made public), Revesz owed the University at that time a total of $5,683,652. It is not known what the amount in excess of the mortgage debt represents.

Many other law professors are named in real estate deals with the NYU nonprofits in the New York City property records files but, other than the address of the property, the details are missing from the public paperwork.

John Sexton, who was Dean of the School of Law from 1988 to 2002, at which time he became President of NYU, is slated to receive a length of service bonus of $2.5 million in 2015. He will also receive an annual pension of $800,000 after he retires – on a par with Wall Street’s lush golden handcuffs.

Sexton was also a Board Member of the National Association of Securities Dealers (Nasdaq) from 1996 to 1998 and Founding Chair of the Board of NASD Dispute Resolution from 2000 to 2002. NASD Dispute Resolution (now called FINRA) is a private justice system (mandatory arbitration) where Wall Street shields its misdeeds from the sunshine of public courtrooms.

On July 20, 2000 the Public Investors Arbitration Bar Association (PIABA) charged the NASD with rigging its computerized system of selecting arbitrators, stating: “Many public investors were thus twice cheated: first, by an NASD member firm that fraudulently conned them out of their life’s savings, and second by the NASD Arbitration Department’s rigged panels.”

Senator Grassley’s investigation of NYU grew out of the disclosures made by Jack Lew for his Senate confirmation hearings to become U.S. Treasury Secretary. Lew had worked five years for NYU as Chief Operating Officer and faculty at the School of Law. He received a $1.3 million mortgage, signed for by John Sexton, and later increased by another $150,000, to buy a luxury home in the Riverdale section of the Bronx. Large amounts of the loan were forgiven and Lew was further paid $685,000 in a so-called “severance bonus” when he left NYU to become Chief Operating Officer of Citigroup. While Lew was there, Citigroup financially collapsed and received over $2 trillion in low interest loans, equity infusion and asset guarantees from the New York Fed and other federal bailout funds. Lew received and accepted $940,000 of those bailout funds as a personal bonus. The division he headed is the one that collapsed the bank.

When contacted by email, Andrew Ross, President of the NYU chapter of the American Association of University Professors (NYU-AAUP), had this to say about the mushrooming revelations at NYU:

“When our students are often working two jobs and piling up debt on their credit cards just to scratch together tuition, it’s highly questionable for the proceeds to be distributed as extravagant compensation packages and mulltimillion dollar loans to top administrators. In fact, for a non-profit educational institution, it’s quite offensive.”

The faculty of a number of schools on the campus have registered a no-confidence vote in Sexton while the Board staunchly defends his record.

NYU-AAUP has released a “Profile for a 21st Century Presidency at NYU,” which includes  recommendations to create “more equitable range spread between the highest and lowest paid of NYU employees,” and “the right and obligation of student representatives to participate in a university-wide plan to reduce the student debt burden by expanding needs-based financial aid,” and “a moratorium on the growth of non-academic personnel, offices, programs, and costs that are extraneous to core academic functions.”