Jay Sekulow: The Man Pumping the IRS Scandal on Network TV Sits At the Center of a Web of Nonprofits That Have Paid Him, His Family and Related Businesses $40 Million Since 1998 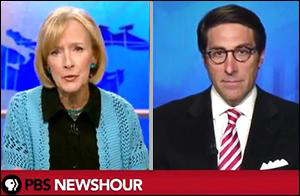 Jay Sekulow will never be accused of a lack of audacity. The man who has orchestrated and pumped the “scandal” that the IRS was unfairly targeting nonprofits tied to the Tea Party, is the same man who filed 27 applications with the IRS in recent years seeking tax-exempt status for Tea Party and related groups. He’s also the man who together with family and business interests have reaped at least $40 million since 1998 from a tangled web of IRS approved nonprofits with eye-popping conflicts of interest.

In the early days of the IRS controversy, Jay Sekulow was a major source of information for network news. On May 13, he framed the controversy for CBS News and the PBS Newshour. Two days later he appeared on GBTV with Glenn Beck, framing the current IRS matter as “worse” than in the days of Nixon. He also appeared on the Larry Kudlow show on CNBC, which ran a headline across the screen “Time for Independent Counsel.”

From May 14 onward, he has been interviewed repeatedly by Fox News’ commentators presenting his side of the “scandal”: interviewers included Megyn Kelly, Sean Hannity, Eric Bolling, and Jeanine Pirro. His son, Jordon Sekulow, who is part of his nonprofit empire, appeared on Geraldo Rivera’s Fox News show to pump the story. 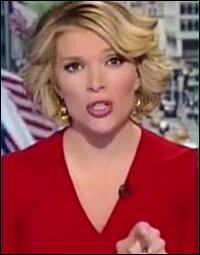 In Sekulow’s interview with Megyn Kelly on Fox News, Kelly concedes just who it is that has been pushing this story, saying: “I tip my hat to you Jay because you and Mark Levin have really been the motivating forces behind this whole thing…” Later, Kelly ferociously points her finger at viewers and demands to know “whether somebody should be behind bars for this behavior.” Indeed.

Levin is the President of Landmark Legal Foundation, a nonprofit which five days ago announced it was petitioning the U.S. Supreme Court to decide if the Environmental Protection Agency has the authority to regulate greenhouse gases. Landmark Legal receives funding from right-wing foundations, Exxon Mobil and Donor’s Trust, a secretive money funnel tied to Charles Koch.

As first reported by Bob Smietana in 2011 in USA Today, just two of Jay Sekulow-related nonprofits, American Center for Law and Justice (ACLJ) and Christian Advocates Serving Evangelism, Inc. (CASE) “have paid out more than $33 million to members of Sekulow’s family and businesses they own or co-own, according to the charities’ federal tax returns.” Smietana’s research included returns filed since 1998.

That $33 million has grown to at least $40 million today. The 2011 tax return for CASE, publicly available at GuideStar.org, shows that in just the two-year period of 2010 and 2011, the nonprofit took in over $81 million. The charity is structured as a 501(c)(3), meaning that both its income is tax exempt and donations made to it are tax deductible – a big tax subsidy from the U.S. taxpayer.

Jay Sekulow is the President of CASE and his family fills four of the five slots on the Board of Directors. His wife, Pam, is the Secretary; his two sons, Jordan and Logan, are Directors; his brother, Gary, is the Chief Financial Officer and Chief Operating Officer.

The 2010 and 2011 990 tax filings with the IRS show that ACLJ paid a business called the Constitutional Litigation and Advocacy Group a total of $5.6 million in just that two year period. The tax return notes that Jay Sekulow owns 50 percent of this business.

The 2011 tax filing with the IRS by CASE shows Jay Sekulow receiving $97,848 in “reportable compensation” with zero “compensation from related organizations.” Under “independent” contractors, CASE lists Regency Productions with a payment of $740,365. Part IV of the tax return notes that Jay Sekulow owns Regency. It also lists his sister-in-law, Kim Sekulow, as owner of a company called PFMS which received $528,705 for radio and TV agency work.

According to a 2011 analysis by the American Bar Association Journal, using research from Bob Smietana, since 1998 CASE and the ACLJ have paid out the following: (These sums exclude payments in 2011 and 2012 which were not then available to the ABA Journal.) 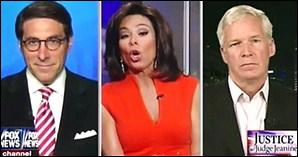 Right wing media is all fired up chasing down leads to tie the IRS controversy to the White House. All the time, sitting under their nose, with a mic and a megaphone provided by the networks to pump this story, was the real center of the scandal.

Be sure and come back tomorrow for Part II.

A Partial Listing of Nonprofits and Businesses With Money Flows Tied to Jay Sekulow:

American Center for Law and Justice

Center for Law and Justice

European Center for Law and Justice

Slavic Center for Law and Justice