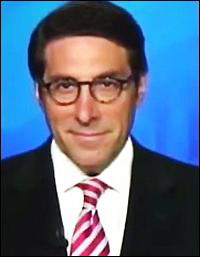 Jay Sekulow is all about freedom and liberty – for some.

He’s not a fan of a woman’s right to the control of her own body. He’s been a major litigator on behalf of abortion protesters’ rights.

He’s a big proponent of religious freedom — for some. His nonprofit filed a lawsuit to stop the ground zero mosque.

In the last two weeks, he’s been on a whirlwind of television interviews railing against the oppression of the IRS stalling the rights of his clients to get their organizations registered as tax-exempt nonprofits – some of which were political organizations with clearly no right to get registered. His clients are Tea Party groups, whose mottos invariably include the words liberty and freedom.

And now it turns out, this is the same man who helped John Ashcroft write the USA Patriot Act, despised by right and left alike as a malignancy on liberty and freedom.

In Hans J. Hacker’s 2005 book, The Culture of Conservative Christian Litigation, Hacker writes: “When interviewed in September 2004 for this project, Sekulow noted that he worked on the USA Patriot Act from ‘concept to completion.’ ”

In an August 20, 2011 radio interview with Rick Wiles on Trunews, Jordan Sekulow, the son of Jay Sekulow and an executive in his sprawling nonprofit empire, expanded further on his father’s involvement in the writing of the notoriously anti-civil-rights legislation:

What does that even mean – “we had the technology to get things done.” 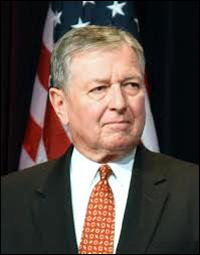 As we reported yesterday, since 2006, John Ashcroft has been the recipient of $2.3 million from the Law and Justice Institute, a nonprofit created by Jay Sekulow, which for most of its life seems to have had little purpose other than to funnel money to John Ashcroft. (We sent an email to John Ashcroft asking for clarification and received the response yesterday from his spokesperson: “No comment.”)

Ashcroft stepped down as U.S. Attorney General under George W. Bush in 2005 and started his own consulting and lobbying firm, Ashcroft Group LLC. In 2006, the Washington Post reported that his firm had 30 clients, a third of which he would not disclose, with many involved in selling products or technology for homeland security. At that point, the Office of Management and Budget was expecting Federal spending on homeland security to reach $60 billion by the following year. The Ashcroft Group told the Post that it had taken ownership stakes in eight of its clients. Since 2005, according to the Center for Responsive Politics, the Ashcroft Group has received over $5 million in lobbying fees.

Ashcroft also sits on the Board of Academi, the company previously known as Blackwater, the private military firm which has come under fire for the killing of civilians while working for the U.S. government in Iraq.

The two major nonprofits that provide income to Jay Sekulow and his family are the Christian Advocates Serving Evangelism (CASE) and the American Center for Law and Justice (ACLJ). CASE states on its IRS tax filing that its mission is “the ideal that religious freedom and freedom of speech are inalienable, God given rights…” ACLJ tells the IRS its mission is “ensuring the ongoing viability of freedom and liberty in the U.S.”

How do those goals intersect with writing the USA Patriot Act? In addition to filing lawsuits framed as constitutional arguments, Jay Sekulow spends an enormous amount of time as an advocate for Israel and its security interests. ACLJ provides funding to a related nonprofit, the European Centre for Law and Justice (ECLJ), where Sekulow serves as Chief Counsel. ECLJ says it holds “Special Consultative Status as an NGO before the United Nations.”

In an August 6, 2012 letter to Mark Thompson, Director General of the British Broadcasting Corporation, Sekulow wrote the following:

“In its coverage of the 2012 Olympics, the BBC has maintained a biased and politically divisive stance in its dealings with the State of Israel. On its website compilation of competitor nation profiles, the BBC has intentionally refused to list Jerusalem as the capital of Israel. While the BBC respects the right of other nations to designate their own capitals by listing them as such on their country profiles, the BBC, by refusing to list Jerusalem as the Israeli capital, demonstrates an ignorance of international law, openly biased and politically-charged journalism, and a clear intention to insult and denigrate the State of Israel vis-à-vis other participating states.”

A search at ACLJ.org pulls up 557 entries about Israel or Muslims, including the following:

Obama’s Gift for the Muslim Brotherhood

Standing with Israel Against Media Bias

On May 28, an opinion piece appeared at the Wall Street Journal titled “Curious IRS Timing.” The article said that the IRS was giving special scrutiny to groups supporting Israel and that “many applications related to Israel had to be sent to ‘a special unit in D.C.’ ”

Sekulow came to represent 27 Tea Party-type groups all over the country before the IRS – long before the media attention began. His office is in Virginia but groups as far away as Hawaii, Texas, Kentucky, Ohio, Colorado, New Mexico, Arizona and Hawaii became his clients. How exactly did that happen if these groups are the independent, spontaneous grassroots movements we’ve all been told they are.

Since 1998, Sekulow and his family and related businesses have received over $40 million from his sprawling array of nonprofits. Given Sekulow’s strident advocacy of Israel while never listing that as a core goal for his nonprofits with the IRS, perhaps the IRS has good instincts in setting up a special unit.