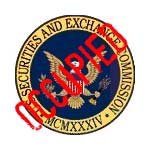 The SEC Is Indeed Occupied; By Wall Street Lawyers

Yesterday, Mary Jo White, the new Chair of the Securities and Exchange Commission, announced that a law partner from the firm she just left, Debevoise & Plimpton LLP, would become the new Co-Director of the SEC’s Division of Enforcement – the unit that decides who gets prosecuted and who gets a pass.

In making the announcement that Andrew Ceresney of Debevoise & Plimpton will share the post with the Acting Director, George Canellos, White called Ceresney a “former prosecutor.” That hardly does justice to the cozy ties between Ceresney and Wall Street. (Ceresney worked for the U.S. Attorney’s office in the Southern District of New York in a prior career but has been employed at Debevoise since 2003.)

This time last year, Ceresney was basking in the glow of a herculean accomplishment for JPMorgan Chase, Citigroup, Wells Fargo, Bank of America and Ally. While directly employed as counsel to JPMorgan Chase, Ceresney had played a pivotal role in directing the negotiations between the U.S. Justice Department, 49 state attorneys general and an array of Federal regulators to tie up with a neat little red ribbon charges of mortgage, foreclosure and servicing fraud into the infamous National Mortgage Settlement – a deal big on promises and short on cash.

The Assistant U.S. Attorney at the U.S. Justice Department who worked with Ceresney in cementing that deal was Thomas J. Perrelli. Not long thereafter, Perrelli re-joined Jenner & Block, a corporate law firm with Wall Street clients.

The National Mortgage Settlement or NMS, which was promoted as a $25 billion settlement, was announced in February of last year. To date, no hard cash to injured borrowers has been paid out. A statement was added to the settlement’s official web site yesterday (which, bizarrely, is adorned with gleefully happy homeowners).  The statement advises that “Approximately $1.5 billion of the funds recovered in the national settlement are being used to compensate borrowers who lost their home to foreclosure during the period of January 1, 2008, to December 31, 2011… Checks to borrowers who submitted claim forms are expected to be mailed in 4 to 6 weeks. The exact amount of the payment to be made to each eligible claimant is not yet known but it is anticipated it will exceed the minimum payment of $840 that was indicated on the claim form.”

Let that sink in for a moment. You lost your home to an illegal foreclosure, potentially as long ago as January 1, 2008, and half a decade later you might be able to look forward to $840.

The more evil twin sister of the National Foreclosure Settlement, as we reported in a series last week here at Wall Street On Parade, is the Independent Foreclosure Review settlement, where Wall Street banks were allowed to determine who was harmed and define the categories of harm, essentially becoming their own regulators.

This month and last, news has been spewing forth that the National Mortgage Settlement is running a close second in dirty dealing with the Independent Foreclosure Review. Senator Barbara Boxer sent a letter on April 12 to U.S. Attorney General Eric Holder, demanding a full scale investigation. Boxer wrote:

“A recent survey of housing counselors in my own state of California found widespread violations of the NMS. Among the most troubling findings of the survey, which was conducted by the California Reinvestment Coalition, large majorities of counselors reported that despite the settlement’s requirements, the largest banks still frequently were failing to: provide borrowers with a Single Point of Contact who was accessible, consistent or knowledgeable; stop the foreclosure process while borrowers were negotiating in good faith for a loan modification – a practice known as dual tracking; or honor timelines for responding to, and deciding upon, borrower applications for loan modifications.”

In other words, according to Boxer, it’s business as usual for the Wall Street banks. At the end of March, over 100 watchdog groups issued a statement confirming that many of the same practices which brought on the foreclosure crisis were still occurring while major provisions of the settlement were being brazenly ignored. The statement read in part:

“…the settlement requires banks to provide a Single Point of Contact to guide consumers through the loan modification process. This reform is critical to cutting back on delays and improving outcomes for borrowers and lenders. But it does not appear to be working: 81% of housing counselors surveyed by the National Housing Resource Center, and 70% of housing counselors surveyed by the California Reinvestment Coalition, reported that their contact at the bank was only ‘sometimes,’ ‘rarely,’ or ‘never’ accessible, consistent or knowledgeable about relevant program rules.”

In testimony to the Senate Banking committee’s Subcommittee on Housing, Transportation and Community Development on April 17 of last week, Joseph A. Smith, Jr., monitor of the National Mortgage Settlement, conceded he was hearing complaints about a flawed process that had failed to correct the core problems of the past. Smith said: “Through the complaints and my meetings with Attorneys General staff, housing counselors and lawyers, I have learned about the issues that borrowers continue to experience. While I have heard about progress and success in obtaining consumer relief, problems with the servicing standards, including single points of contact, dual tracking and the loan modification process in general are still occurring all too often.”

In 2009, Ceresney was lead author of an article for the American Criminal Law Review with two colleagues from Debevoise & Plimpton titled: “Regulatory Investigations and the Credit Crisis: The Search for Villains.” In reading the article, it feels like 49 pages of arguments against prosecuting these crimes: it would be a waste of resources, too hard to prove, too labor intensive, they were just errors of business judgment, too complex. The word “complex” appears 13 times. This is an excerpt from the article:

“The financial instruments and arrangements at issue in the credit crisis investigations are highly complex. In many of the areas being investigated, there simply may not have been intentional misconduct or criminally reckless behavior, but rather plain bad judgment on the part of market actors. Even in situations where there was wrongdoing, the time and resources required to mount investigations and the burden of proving intent to defraud are formidable obstacles for prosecutors and regulators to surmount, except in the most straightforward of fraud cases. In sum, in its search for credit-crisis villains, law enforcement may not be able to bring successful criminal or regulatory enforcement cases to punish wrongdoing, at least in connection with the most complicated areas of financial transactions involving the largest dollar amounts. At the very least, these investigations will be highly time and resource intensive…”

After arguing his case in print, pounding the table in the National Mortgage Settlement, Ceresney will now complete the circle of protection for Wall Street at the Securities and Exchange Commission. Then, no doubt, it will be back to his lucrative career at Debevoise & Plimpton, using the rewards of the revolving door just as effectively as his boss, Mary Jo White.