Is Wall Street Still Dangerous? Yes, According to Senate Hearings 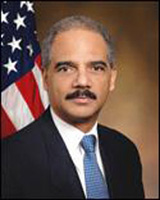 For years I’ve used the phrase “Frankenbanks” in my articles – those global banking behemoths created as a result of the repeal of the Glass-Steagall Act in 1999 that allow the co-mingling of FDIC insured mom and pop savings accounts with investment banking activities that blow up things using the mom and pop savings accounts leveraged to the hilt. Now the U.S. Senate is making my case for me on the use of Frankenbanks as an appropriate soubriquet.

If we date the run up to the financial crisis as beginning in the summer of 2007, which the Office of the Comptroller of the Currency does, it is more than five years since Congress has been studying why Wall Street is very adept at blowing up things but adept at not much else – like its main job of fairly allocating capital to new companies that will produce the good jobs of the future. Just yesterday, the U.S. Senate posted the following announcement:

“The Permanent Subcommittee on Investigations has scheduled a hearing, ‘JPMorgan Chase Whale Trades: A Case History of Derivatives Risks and Abuses,’ on Friday, March 15, 2013, at 9:30 a.m., in Room G-50 of the Dirksen Senate Office Building.

“The Subcommittee will examine matters relating to credit derivative trades made by the JPMorgan Chase Chief Investment Office. The Subcommittee expects to issue a Subcommittee staff report in conjunction with the hearing summarizing its investigative findings and recommendations. Witnesses will include representatives from JPMorgan Chase and the Office of the Comptroller of the Currency. A witness list will be available Wednesday, March 13, 2013.” 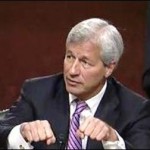 No, JPMorgan wasn’t trading whales as the hearing name suggests; the largest Wall Street bank in the U.S. was blowing up $6 billion of insured deposits in London – just five years after Wall Street blew up the U.S. economy with risky bets. The bets were so huge that the JPMorgan trader became known as the London Whale.

This past Wednesday, the Senate Judiciary Committee was grilling U.S. Attorney General Eric Holder over why no top executives of the largest Wall Street firms have been prosecuted. Holder explained how Frankenbank status is also a license to steal with impunity:

“The size of some of these institutions becomes so large that it does become difficult for us to prosecute them when we are hit with indications that if you do prosecute, if you do bring a criminal charge, it will have a negative impact on the national economy, perhaps even the world economy. And I think that is a function of the fact that some of these institutions have become too large.”

As stunning as that admission is for the highest law enforcement official in the United States, it certainly doesn’t answer the question as to why individuals at the Frankenbanks have not been prosecuted.

The hearing follows a devastating report, The Untouchables, that aired January 22 of this year on the PBS program, Frontline. The investigative piece was written and produced by the highly respected Martin Smith. At one point in the program, Smith asks Lanny Breuer, head of the criminal division at the Justice Department (who has recently announced he is stepping down) why he has failed to indict any senior Wall Street executives. Breuer responds: “I think there was a level of greed, a level of excessive risk taking in this situation that I find abominable and very upsetting…but that is not what makes a criminal case.”

In response to that, Jeff Connaughton, former chief of staff to former Senator Ted Kaufman, stated: “You’re telling me that not one banker, not one executive on Wall Street, not one player in this entire financial crisis committed provable fraud…I mean, I just don’t believe that.” Equally doubtful was former New York State Attorney General, Eliot Spitzer, who bluntly says that the prosecutors at the Justice Department “have not done what needed to be done.”

There are good grounds for skepticism according to this exchange on the Frontline program:

The Libor rate-rigging matter is another prime example. The Libor investigation began in the spring of 2008 and it is well established that at least two U.S. banks colluded to rig the Libor benchmark that affects everything from exchange traded interest rate contracts to adjustable home mortgages to student loans and swap contracts sold to municipalities across America. The Justice Department has charged and settled with three foreign banks, Barclays, UBS and RBS, but after five years of investigations it has yet to charge one U.S. bank.

If there is lingering doubt in Congress as to whether the legislative solution to too-big-to-fail is working, the Dodd-Frank Wall Street Reform and Consumer Protection Act passed in 2010, the fact that hearings like those described above are still taking place should settle that matter without further debate. Nothing short of the reinstatement of the Glass-Steagall Act, separating insured deposit banks from their gambling casino cousins, will bring an end to these hearings and prevent Wall Street from blowing up the economy again.