Memo to the President: Actions Speak Louder Than Lofty Speeches 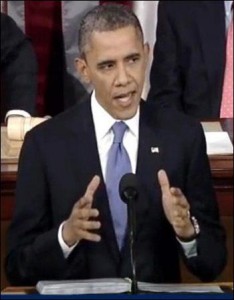 President Obama Delivering His 2013 State of the Union Speech

President Obama delivered an uplifting State of the Union address to the Nation last evening, promising “to reignite the true engine of America’s economic growth – a rising, thriving middle class.” He said it was the country’s “unfinished task to restore the basic bargain that built this country – the idea that if you work hard and meet your responsibilities, you can get ahead.” He said it was his job “to make sure that this government works on behalf of the many, and not just the few.”

Unfortunately, the President’s speechwriter is not in charge of nominating candidates who could turn those lofty goals into realities. One must wonder exactly who is in charge of nominating candidates. When it comes to the most important posts that oversee Wall Street, the one industry in America that does more than any other to prevent hardworking Americans from getting ahead, it feels like Wall Street is in charge and not the man elected by the people to run the country.

Later this morning, Jack Lew’s confirmation hearing to serve as U.S. Treasury Secretary, one of the highest offices in the land, will take place in the Senate Finance Committee.

The President could have picked from any one of those 99 percent of Americans to serve as his Treasury Secretary but instead he picked Jack Lew, a former executive of Citigroup who worked in the very division that collapsed the company at the very time it collapsed and received close to $1 million in bonuses when he departed in the midst of its collapse.

Mary Jo White, the individual the President has chosen to head the Securities and Exchange Commission, is another example of inspiring words not being met by inspiring actions by the President. 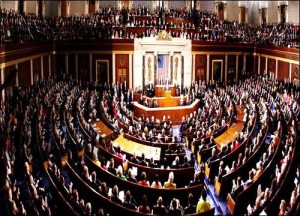 State of the Union Speech 2013

There are 99 percent of Americans who have not provided legal representation to JPMorgan, Bank of America, UBS and Morgan Stanley, four of the major Wall Street firms that the Securities and Exchange Commission regulates. But Mary Jo White has represented all four as a partner of the law firm, Debevoise and Plimpton. And yet, the President does not see a problem in nominating Mary Jo White to the critical top role at the SEC.

Sadly for America, the President’s second term feels much like the first term: lofty words and promises diverging greatly from his actions.