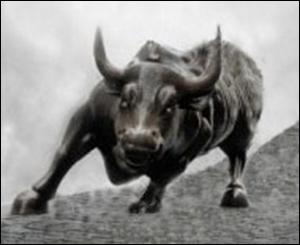 (This column, with updates, runs periodically at Wall Street on Parade. Please consider emailing it to friends and family members.)

A study conducted by Edward N. Wolff for the Levy Economics Institute of Bard College in March 2010 made the following findings:

Wealth concentration in too few hands while the general populace is saddled with too much debt to buy the goods and services produced by the corporations, is a replay of the conditions leading to the crash of 1929 and the ensuing Great Depression.

Writing in his book, “The Worldly Philosophers,” Robert Heilbroner explained the situation leading up to the depression of the 1930s:

“The national flood of income was indubitably imposing in its bulk, but when one followed its course into its millions of terminal rivulets, it was apparent that the nation as a whole benefited very unevenly from its flow. Some 24,000 families at the apex of the social pyramid received a stream of income three times as large as 6 million families squashed at the bottom — the average income of the fortunate families was 630 times the average income of the families at the base…And then there was the fact that the average American had used his prosperity in a suicidal way; he had mortgaged himself up to his neck, had extended his resources dangerously under the temptation of installment buying, and then had ensured his fate by eagerly buying fantastic quantities of stock – some 300 million shares, it is estimated – not outright, but on margin, that is, on borrowed money.”

In both eras, Wall Street ceased being an allocator of capital to worthy enterprises and became an institutionalized system of rigged wealth transfer. The primary artifices this time around included issuing knowingly false stock research; lining up large institutional clients to buy at predetermined prices (laddering) on the first day of a new issue of stock – this made the price appear to soar and thus sucked in the small investor; threatening to take the stock broker’s commission away (penalty bid) if the broker let the small investor take profits in the newly issued stock – the practice was known as flipping and was reserved for the big boys. When the tech mania went bust and the rigged game was revealed, the small investor left in droves. Wall Street, with the Fed’s able assistance, fueled the next bubble – housing – and crafted complex derivatives to turn this market into a cash cow for Wall Street and foreclosures for Main Street. And, we are just now learning some of the details about how even interest rates were rigged against the little guy – the Libor Scandal.

The January 21, 2010 Supreme Court decision to allow corporations to have staggering financial influence in our elections (Citizens United v. Federal Election Commission) should send a bone chilling message: help is not on the way. The end game of this massive wealth concentration is long-term deflation, economic misery and multiple generations who will look back on us as the hapless society who couldn’t tame the Wall Street greed machine for want of a plan.

Below I offer ten ideas to get started on the first course of taming the Wall Street beast. And, just to be clear to those perched on the edge of their seats preparing to scream “Socialist!,” I’m not suggesting “redistributing” wealth; I’m suggesting putting the wealth back into the hands from which it was taken in a rigged wealth transfer scheme.

(1) Shorten Your Home Mortgage: Former Supreme Court Justice Louis Brandeis summed it up: “We can have democracy in this country, or we can have great wealth concentrated in the hands of a few, but we can’t have both.” The Wall Street beast is thriving on interest on our debt and using it to hire lobbyists and fund politicians who will work for their interests, not ours.

Seek your accountant and/or financial advisor’s advice about converting your 30 year mortgage to a 15 year to move wealth from the bank’s shareholders’ pockets to yours. Rates have never been more favorable for such a move. Typically, over the life of the loan, you will save tens of thousands of dollars of interest. You can look at the savings for your specific situation by clicking on the mortgage calculator at www.bankrate.com. (I’m not endorsing any of the bank loans offered at this site since I haven’t done any research in that area; I’m just suggesting the use of the mortgage calculator.)

Talk to your children before they buy a home about the interest differential between a 30-year and 15-year mortgage over the life of the loan. Show them how to use the mortgage calculator.

(2) Think Local: Consider moving money as it becomes liquid out of the big Wall Street banks that have an iron grip on your Congress and moving it into FDIC insured certificates of deposit at your community bank (being careful not to exceed the insurance limits). A good rule of thumb is to ladder maturities to avoid being locked into any one interest rate environment. This will also help provide loans to local businesses and residential housing in your area. Again, you should consult with your accountant and/or financial advisor before making any moves.

(3) Start a Business: Don’t worry about the possible arrival of the pink slip; be proactive. Start a business on the side. Do well by doing good: what product or service can you provide that a struggling consumer wants and can afford. (Ideas might include: debt counseling, low cost child care, foreclosure counseling, a pick-your-own fruit and vegetable business if you own farm land, consignment shop, home staging services to help with faster resales.)

(4) Invest Wisely: Get smart with your 401(k). Investing the bulk of your money in the S&P 500 is simply feeding the beast; the beast that’s using your cheap capital to hire lobbyists, create PACs and separate you from representative government. Some 401(k) plans allow you to roll over 50 percent or more to your own IRA after reaching a certain age. Call your benefits office and find out what your options are. Speak to your accountant and/or financial advisor before making any move. You may also want to consider opening an IRA at a community bank and buying insured CDs as an alternative to putting more funds in the 401(k).

(5) Check Out Credit Union Membership: Do you have a family member that belongs to a Credit Union? Chances are they can get you an account there. Some credit unions have opened up their membership to anyone in their local area. If you need to use a credit card, try to get one through the credit union at a reasonable rate and then cut up any high-rate card. It’s an outrage that some of the banks that required a taxpayer bailout got their money from the Federal Reserve at almost no cost while charging struggling citizens 20 percent interest.

(6) Don’t Use Credit Cards from Corporations That Abuse You: All of the following have one thing in common: Home Depot, Exxon Mobil, Shell, Macy’s, Sears, Zales. At some point, they have all extended credit to their customers on a Citigroup credit card. Millions of customers are helping to prop up Citigroup and its bad practices by using these cards.

(7) Brand Attacks: Chances are high that your local storeowners don’t have a PAC and lobbyists on K Street working against your interests? Reward them with your business and starve the S&P 500 firms until they get the message: if you want me to honor your brand, honor my right to representative government.

(8) Return the Courts to Workers: Many of the largest corporations force workers to sign away their rights to the Nation’s courts as a condition of employment. It’s called mandatory arbitration and it’s an unfair process that is rigged to favor the corporation. If you interview for a new job, ask if the company has such a policy and walk away if they do. (See Judicial Apartheid: Wall Street’s Kangaroo Courts: Part I and Part II.)

(10) Run for Office: If we want to take back our democracy, we’ll need a front row seat. It can be local, state or Federal – but good people must engage to get a good outcome.