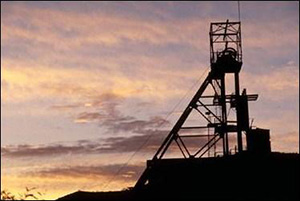 Yesterday the International Energy Agency (IEA) delivered a stunning research study showing that a shale-oil bonanza in the United States would assist it in overtaking Saudi Arabia as the world’s largest oil producer by 2020.  In two decades, the U.S. would become largely self-sufficient as an energy producer.

According to the report:

“Energy developments in the United States are profound and their effect will be felt well beyond North America – and the energy sector. The recent rebound in oil and gas  production, driven by upstream technologies that are unlocking light tight oil and shale gas resources, is spurring economic activity – with less expensive gas and electricity prices giving industry a competitive edge – and steadily changing the role of North America in global energy trade. By around 2020, the United States is projected to become the largest global oil producer (overtaking Saudi Arabia until the mid-2020s) and starts to see the impact of new fuel-efficiency measures in transport. The result is a continued fall in US oil imports, to the extent that North America becomes a net oil exporter around 2030.”

That was startling news but even more surprising was the stock market’s reaction – it didn’t budge.  The Dow Jones Industrial Average closed unchanged on the day.

But surely one of the energy stocks with heavy involvement in shale production would get a price boost – like ConocoPhillips, for example.  The stock (symbol: COP) closed down 3 cents at $55.64 on the day.

What about the U.S. Treasury market.  Wasn’t there a big relief rally that all that extra tax revenue from all that extra oil production would help reduce the national debt.  Nothing there either: the 10-year Treasury has traded in a narrow range for the past week, yielding around 1.60 percent.

To put it bluntly, there are only two ways to interpret the big yawn from the stock market over this blockbuster news: (1) the market thinks the report is bogus; (2) the market doesn’t like the inference that should the U.S. no longer need OPEC, it might not continue to spend its military budget protecting U.S. corporate interests in the Middle East.  Those corporate interests are not just the interests of oil companies.  Many companies that trade on U.S. stock markets also have an economic interest in what happens in the Middle East – particularly military armaments manufacturers.

The report duly noted that by 2035, an estimated  90 percent of Middle East oil exports will be heading to Asia.  “It accelerates the switch in direction of international oil trade toward Asia, putting a focus on the security of the strategic routes that bring Middle East oil to Asian markets.”

One aspect of the report is not in doubt – the growth of shale in America’s energy landscape. Whether that is a sustainable long-term trend is another matter. ConocoPhillips reports the following at its web site:

“North American natural gas is now in abundance as production from shale has become technically and economically viable. North America is believed to hold nearly a century’s supply of natural gas, and shale is also proving an increasingly important source of oil and natural gas liquids in many areas.

“Having entered several of the most promising shale plays early, we succeeded in building large acreage positions while lease access costs were relatively low. In today’s market environment of low North American natural gas prices, we are focusing our capital investments on the more liquids-rich shale plays, since higher liquids prices enable us to generate more profitable returns.

“In 2011, we added approximately 600,000 net acres in rapidly developing shale areas, including the Wolfcamp and Avalon plays in Texas and New Mexico, the Niobrara Play in Colorado, and the Duvernay and Canol plays in Canada. These add to our significant holdings in the proven Montney and Muskwa plays in western Canada and our major producing U.S. plays in Eagle Ford, Permian, Bakken and North Barnett.

“In the liquids-rich Eagle Ford Play in South Texas, we have assembled an attractive core leasehold of 223,000 net acres in the trend’s fairway and accelerated our delineation activities during 2011. Long-term peak production is targeted by 2017.”