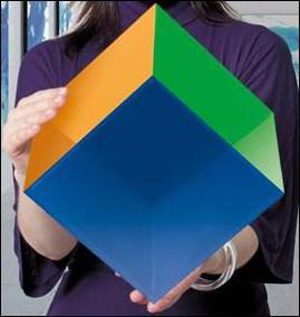 When Ron Suskind’s new book, “Confidence Men,” was released last Fall, there was much noise about the jaw-dropping revelation that President Obama told Treasury Secretary Tim Geithner to “wind down” Citigroup and Geithner brazenly disobeyed the President, essentially doing his own thing where Citigroup was concerned.

Here’s a snippet: “In early April, Obama’s economic team congregated in the Oval office for the morning briefing.  All the key players were there, except Geithner.  After a few moments, the president talked about a resolution plan for Citigroup as a key item in his arsenal, and wondered how close it was to completion.  Christina Romer and Larry Summers glanced at each other.  They had been talking for nearly a month about how the Treasury Department seemed to be ignoring the president’s clear, unequivocal orders involving Citigroup. Geithner and his team were moving forward with their own favored policy, the stress tests, but they had done virtually nothing about a plan to wind down Citigroup.”

Suskind’s book buttresses what many have long suspected — that when it comes to lawyered up Wall Street behemoths, even a direct command from the President of the United States can be ignored.

There is growing evidence that Timothy Geithner should be slapped silly for allowing the lumbering hulk of a zombie bank to continue to scare the kiddies and peasants of the countryside (formerly middle class rendered peasants by Citigroup investments).

Yesterday, Citigroup made a fascinating filing with the SEC.  It says that “CitiFirst is the family name for Citi’s offering of investments including notes, deposits, certificates and OTC strategies.”

In my 30 years of observing Wall Street, I have never before seen an FDIC insured deposit instrument offered alongside high risk investments.  As Citigroup notes on one of its various offerings — “Investments provide for a payment at maturity that may be zero…”

Citigroup says it has set up a web site with more details: www.CitiFirst.com. There we learn that “CGMI [Citigroup Global Markets Inc.] or any of its affiliates may have its own specific interest in relation to the issuers or any affiliates of the issuers, the financial instruments or the transactions that are mentioned on the Site. CGMI or any of its affiliates may have long or short positions in or act as a market maker in securities or financial instruments mentioned in the Site (or options with respect thereto).”  This really is Citi…first.

Citigroup’s SEC filing sports the graphic above – a tricky looking empty box that perhaps symbolically suggests the potential for a “zero” return on one’s investment.  The web site has chosen another interesting graphic: a photo of a seriously life-vested man in a canoe with drenched boxes floating about in the water. Take heed.