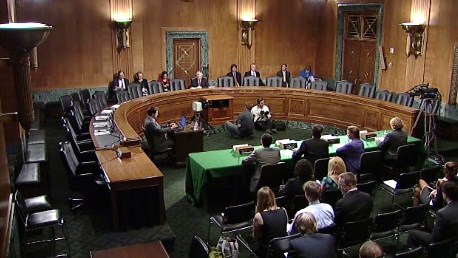 Out of 18 Senators on the Senate Subcommittee, Only One Shows for IPO Hearing

The Senate Banking Committee’s subcommittee on Securities, Insurance, and Investment held a hearing from 9:30 a.m. to 11:30 a.m. this morning on a matter of national urgency: the failing process of bringing new companies to market, otherwise known as Initial Public Offerings or IPOs.

Out of an 18-member subcommittee, one Senator showed up for the hearing, Senator Jack Reed, Democrat from Rhode Island.  Calls and emails to the press offices of the other members of the subcommittee turned up only one explanation (thus far) for this embarrassing slight to the panelists and to a subject that goes to the heart of creating jobs in America and to restoring confidence in the markets by treating the average investor fairly in the IPO process. 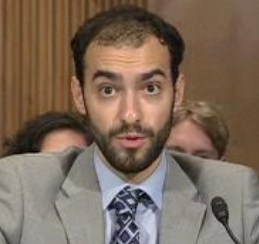 Ilan Moscovitz of The Motley Fool Testifying Before the Senate June 20, 2012

When we first reported on this hearing here at Wall Street on Parade on June 18, two days ago, there was no individual representing the public on the panel.  Two days later, Ilan Moscovitz of The Motley Fool, was present to testify.  Moscovitz’ testimony was essential to this hearing, even if 17 Senators who have a fiduciary responsibility to show up for committees on which they have agreed to serve weren’t around to hear it.

Moscovitz stated in his written testimony:

“From our vantage point as retail investors, the overarching problem with IPOs is that there is an imbalance of both information and access. Although issuers and venture capitalists ultimately depend on us for capital and liquidity, the deck is stacked against us in at least two major ways.

“First, insiders, underwriters, and their favored clients have access to more and better information than do ordinary investors. This gives them an unfair advantage over us in estimating a company’s fair value. Reports of Facebook’s recent IPO provide a prominent example of this…  Second, there’s unequal access to shares. The initial offering is traditionally limited to preferred clients of underwriters. By the time we can buy shares, there’s already been a significant markup. It’s estimated that from 1990 to 2009, that markup averaged 22%, totaling $124 billion. In addition to these two problems, the fact that IPOs are weighted against individual investors needlessly diminishes confidence in our markets… After a period of artificially inflated volume of IPOs in the mid-to-late 1990s, filings dropped by 75% from 2000-2001 once retail investors lost confidence in the quality of companies coming public.”

Back in 2006, I wrote a review of Gary Weiss’ book, Wall Street Versus America.  In that review I talked about the IPO process:

In a 1994 article by Business Week (4/4/1994: Beware the IPO Market) regulators had the goods to clean up the systemic looting of American investors by bulge bracket Wall Street firms and their cronies. The article quotes Lynn A. Stout, professor of securities regulation at Georgetown University Law Center: “The IPO [Initial Public Offering] market is rigged. It’s rigged against the average investor.” The article goes on to define exactly how a “penalty bid” works. “This is a penalty imposed on brokers who flip or sell their customers IPO shares right after the offering. The practice, devised by a group of top Wall Street firms during Securities Industry Association meetings in the 1980s, is used by underwriters to help prop up the stock price of an IPO in the sensitive weeks following its issue. Brokers whose customers flip, risk having their commissions taken away, giving them an incentive to discourage customers from selling out.” The article points out, however, that the Wall Street firm’s institutional clients were allowed to cash out while the individual investors are left “holding the bag” and serving as a prop under the price of the shares.

Two and a half years later, the Wall Street Journal took up the issue of the penalty bid. (12/2/1996: Tough IPO Market Triggers Penalty Bids Against Brokers by Deborah Lohse) “Even though penalty bids are taken out of brokers’ commission, many investors gripe that they are the ones being penalized, since their brokers exert subtle, or not so subtle, pressure on them not to sell their IPO shares while the penalty bid is in place.”

One and a half years later comes Michael Siconolfi and Patrick McGeehan in the Wall Street Journal, who decide to take the gloves off on this penalty bid issue. (6/26/1998: Big Institutions Can Cash Out Quickly; the Little Guy Can’t Without Penalties) “It’s one of Wall Street’s best kept secrets: While securities firms allow big institutional investors to dump hot new stocks at their whim, often within hours or minutes of the stock’s first trade, they try to persuade investors to hold on to IPOs, for better or worse.” This article clearly points out that while the little investor continues to be fleeced, the SEC has its lens fogged.

It’s now March of 2001. It’s seven years since Business Week first tipped off the regulators and the Wall Street Journal reporters did everything short of filing the brief and buying the handcuffs. And there are no more hot IPOs. There are only drowning IPOs. Ron Chernow in the New York Times summed it up: “Let us be clear about the magnitude of the Nasdaq collapse. The tumble has been so steep and so bloody — close to $4 trillion in market value erased in one year – that it amounts to nearly four times the carnage recorded in the October 1987 crash.” Chernow likens the NASDAQ to a “lunatic control tower that directed most incoming planes to a bustling, congested airport known as the New Economy while another, depressed airport, the Old Economy, stagnated with empty runways. The market functioned as a vast, erratic mechanism for misallocating capital across America.”

This misallocation of capital, capital that should have been feeding American innovation to secure our economic future but went instead to build millions of miles of unneeded fibre optic cables or now bankrupt dot.coms while shifting wealth to such unprecedented levels of concentration in America as to threaten our democracy, can be placed squarely at the feet of Arthur Levitt’s SEC.

That the IPO process is still broken can be placed squarely at the feet of today’s SEC Chair, Mary Schapiro, and the empty chairs in the picture above.

Update: Senator Kohl’s office said he was having coffee with constituents in his office.