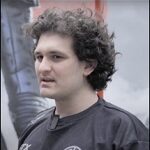 By Pam Martens and Russ Martens: November 10, 2022 ~ FTX, the second largest crypto exchange, is teetering near bankruptcy this morning; has shuttered withdrawals of money and crypto by its customers; and is dealing with investigations by the Securities and Exchange Commission, the Commodity Futures Trading Commission and the U.S. Department of Justice. At least one of those investigations is focusing on the potential misuse of customer funds between FTX and Alameda Research, a trading firm created by FTX founder and CEO, Sam Bankman-Fried. The Wall Street Journal reports that FTX has a “shortfall of up to $8 billion.” A deal by the largest crypto exchange, Binance, to buy out FTX as it faltered, was scrapped yesterday after due diligence lawyers for Binance didn’t like what they saw. As recently as January, FTX had a valuation of $32 billion. Its sophisticated investors include Sequoia Capital, BlackRock, Tiger Global Management,  SoftBank, … END_OF_DOCUMENT_TOKEN_TO_BE_REPLACED

By Pam Martens and Russ Martens: November 9, 2022 ~ The August/September cover of Fortune Magazine raised the titillating question as to whether crypto billionaire Sam Bankman-Fried might be the next Warren Buffett – a man whose investment acumen has survived more than seven decades. Less than three months later, the public has its answer. Bankman-Fried’s crypto empire has turned to ruins in one week. As it turns out, folks don’t have a lot of confidence in the crypto exchanges that hold their crypto. The equivalent of bank runs seen in the early 1930s, before federal deposit insurance was enacted by Congress in 1933, can wipe out a crypto exchange in a week’s time. According to Reuters, Bankman-Fried’s crypto exchange, FTX, saw $6 billion of withdrawals in a 72-hour span through yesterday, leaving the exchange teetering amid questions about its solvency. Changpeng (CZ) Zhao, the CEO of the competitor crypto exchange, … END_OF_DOCUMENT_TOKEN_TO_BE_REPLACED

By Pam Martens and Russ Martens: November 8, 2022 ~ Increasingly, Americans are telling us that they no longer listen to the news – because they feel it is a threat to their peace of mind and wellbeing. That might be a short-term fix but working diligently each day to make one’s society less dystopian is likely a better long-term plan. Everything crazy and corrupt and Orwellian about life in the United States in this era of corporate and billionaire control feels like it is coming to a head today – for better or worse. Crypto billionaire Sam Bankman-Fried, who has sluiced tens of millions of dollars into this year’s elections (hoping to make crypto more dangerous than it already is) is today watching a major run on his crypto exchange, FTX. According to analytics firm, Nansen, in the past 24 hours FTX has witnessed an outflow of $653 million. Reuters … END_OF_DOCUMENT_TOKEN_TO_BE_REPLACED

Quietly, the Fed Releases Its Financial Stability Report and Lines Up a Scapegoat

By Pam Martens and Russ Martens: November 7, 2022 ~ One minute after the stock market closed on Friday, the Federal Reserve mailed out a link to its newly-released Financial Stability Report to folks who have signed up to get press releases from the Fed. For those of you who have been reading our reports on the Fed for years – its unaccountable money printing and bailouts of Wall Street, the opaque activities of the trading floors owned by the New York Fed, its unchecked conflicts of interest, and its brazen, and as yet unprosecuted, trading scandal – you might suspect that the Fed would have pulled a lot of punches in its “Financial Stability Report.” You would be correct. On the topic of derivatives, which remain the greatest risk at the mega banks on Wall Street, the word “derivatives” is mentioned just eight times in the report – with little … END_OF_DOCUMENT_TOKEN_TO_BE_REPLACED

By Pam Martens and Russ Martens: November 4, 2022 ~ On April 21 Josh Bivens posted a titillating analysis on the Working Economics Blog. Bivens has a Ph.D. in Economics from the New School for Social Research and is the Director of Research at the Economic Policy Institute. The blog post was titled: “Corporate profits have contributed disproportionately to inflation. How should policymakers respond?” Included in the blog post was a graph showing that corporate profits account for 53.9 percent of the recent rise in inflation versus an average of 11.4 percent for the period 1979 through 2019. (See above chart.) Bevins’ chart made it into the hands of Congresswoman Katie Porter, who blew it up into a giant poster and explained its significance during a hearing before the House Subcommittee on Economic and Consumer Policy on September 22. The hearing was titled: “Power and Profiteering: How Certain Industries Hiked Prices, … END_OF_DOCUMENT_TOKEN_TO_BE_REPLACED

By Pam Martens and Russ Martens: November 3, 2022 ~ The Fed released its FOMC decision to raise interest rates by 0.75 percent at 2 p.m. yesterday, bringing its benchmark Fed Funds rate to a range of 3.75 to 4.00 percent. The decision contained this statement: “In assessing the appropriate stance of monetary policy, the Committee will continue to monitor the implications of incoming information for the economic outlook. The Committee would be prepared to adjust the stance of monetary policy as appropriate if risks emerge that could impede the attainment of the Committee’s goals.” That statement was greeted as bullish by the stock market. As Fed Chair Jerome Powell’s press conference started at 2:30 p.m., the Dow had soared by 277 points. By 2:34 p.m., the Dow was up 400 points. But things dramatically changed when Powell started taking questions from the press. By 3:15 p.m. when the press conference … END_OF_DOCUMENT_TOKEN_TO_BE_REPLACED

A Saudi Prince Recommended Buying Citigroup at $33; It Went to 99 Cents. Now the Saudis Say Credit Suisse Is a Steal in the $4 Range

By Pam Martens and Russ Martens: November 2, 2022 ~ The Saudis don’t especially have a solid record of stock-picking when it comes to global banks. Back on Saturday, November 10, 2007, Reuters ran a story about Saudi Prince Alwaleed bin Talal stating that Citigroup’s share price was “ridiculously low” and he didn’t plan to sell any of his large stake in the bank. The Friday before this story ran, Citigroup’s share price had closed at $33.10. Six months later, on May 9, 2008, Citigroup’s shares closed at $23.63. One year later, on November 10, 2008, Citigroup’s shares closed at $11.21. By early 2009 Citigroup’s stock was trading at 99 cents. For the sordid details of how the U.S. government and the Fed helped Saudi Prince Alwaleed bin Talal and another large shareholder, Citigroup’s former Chairman and CEO, Sandy Weill, from losing all their money in Citigroup, see our report: The … END_OF_DOCUMENT_TOKEN_TO_BE_REPLACED

By Pam Martens and Russ Martens: November 1, 2022 ~ Life in the United States of America increasingly feels like a bad translation of a Kafka novel. We are specifically referring today to the arbiters of justice in our society – the men and women appointed as lifetime judges on the U.S. Supreme Court, federal appellate courts and federal district courts. These courts have now become Kafkaesque with no apparent means for the public to hold these judges accountable for their actions. There is Justice Clarence Thomas on the U.S. Supreme Court making rulings in matters impacting Donald Trump while his wife, Ginni Thomas, was one of the people plotting to help Trump overturn the election of President Joe Biden. (Also see our report: The Money Trail to the Ginni Thomas Emails to Overturn Biden’s Election Leads to Charles Koch.) We have Judge Aileen M. Cannon, appointed by Donald Trump, who … END_OF_DOCUMENT_TOKEN_TO_BE_REPLACED

By Pam Martens and Russ Martens: October 31, 2022 ~ Whether your mutual fund was one of the popular 60/40 funds (60 percent equities and 40 percent bonds) or was 100 percent in equities, you’ve been battered this year. The Fed’s relentless hiking of interest rates this year beat down the market value of existing bonds because they have lower fixed rates of interest, thus making them less valuable than the newly issued bonds with higher rates of interest. Growth stocks, which have dominated the investment scene for years, were particularly crushed because growth companies need to borrow money to grow and higher interest rates mean that their cost of capital will become more expensive, thus slowing growth and hurting their earnings outlook. Another factor weighing on the negative performance of equities (stocks) is that higher interest rates pumped up the value of the U.S. dollar, hurting the earnings of U.S. … END_OF_DOCUMENT_TOKEN_TO_BE_REPLACED

By Pam Martens and Russ Martens: October 27, 2022 ~ At Fed Chair Jerome Powell’s press conference on September 21, he made a remark that went unchallenged by the bevy of reporters in attendance. Powell said this: “This is a strong, robust economy. People have savings on their balance sheet from the period when they couldn’t spend and where they were getting government transfers. There’s still very significant savings out there, although not as much at the lower end of the income spectrum — but still, some savings out there to support growth. The states are very flush with cash, so there’s good reason to think that this will continue to be a reasonably strong economy.” (See the top of page 15 of the official transcript from the Fed.) Powell’s statement stands in stark contrast to the numbers coming out of the U.S. Department of Commerce’s Bureau of Economic Analysis (BEA). … END_OF_DOCUMENT_TOKEN_TO_BE_REPLACED