The SEC Is Taking a Hard Look at Dark Markets, Except for the Darkest of All – Dark Pools

By Pam Martens and Russ Martens: October 15, 2021 ~ On Tuesday, SEC Commissioner Allison Herren Lee delivered an exceptionally well-researched speech on the rising dangers to the broader U.S. economy from the burgeoning dark private markets for non-publicly traded stocks. She makes many important points. However, there is a far larger and more dangerous dark market: the Dark Pools owned by the serially-charged mega banks on Wall Street that are trading, on a daily basis in darkness, the publicly-traded stocks that reside in public pension funds and the mutual funds that make up the bulk of retirement funds for tens of millions of Americans. According to an April 2021 report from McKinsey & Company, “global private equity AUM [Assets Under Management] reached $4.5 trillion in the first half of 2020.” That’s the dark market that SEC Commissioner Lee is worried about. The publicly-traded market in the U.S. stood at $54.768 trillion … END_OF_DOCUMENT_TOKEN_TO_BE_REPLACED 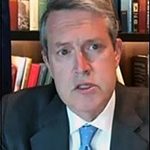 By Pam Martens and Russ Martens: October 14, 2021 ~ Yesterday was the last day that Randal Quarles served in the post as Vice Chair for Supervision at the Federal Reserve. Senator Sherrod Brown, the Chair of the Senate Banking Committee that oversees the Federal Reserve, used the occasion to send a scorching letter to Fed Chair Jerome Powell assessing Quarles’ performance in the job, which began on October 13, 2017. Brown wrote: “When Vice Chair Quarles was confirmed to his position, banking lobbyists cheered. Not only did he immediately set out a plan to shift post-crisis rules to benefitting industry interests over protecting working families, he dutifully continued his deregulatory efforts even as the economy was shaken by a global pandemic. I am deeply concerned about these efforts during a global economic crisis.” But it’s not just deregulation that has been a problem with Quarles and Powell at the helm of … END_OF_DOCUMENT_TOKEN_TO_BE_REPLACED

Quietly, the Fed Releases the Names of Banks that Got Billions in Emergency Repo Loans in 2019

By Pam Martens and Russ Martens: October 13, 2021 ~ The Federal Reserve Bank of New York has quietly posted the names of the banks that grabbed billions of dollars under the Fed’s emergency repo loan operations that commenced on September 17, 2019 – months before there was a COVID-19 crisis anywhere in the world. The emergency repo loans were made via Open Market operations at the New York Fed. Under the Dodd-Frank financial reform legislation of 2010, the names of the banks, dollar amounts borrowed, interest rate and collateral posted must be made public “on the last day of the eighth calendar quarter following the calendar quarter in which the covered transaction was conducted.” Since the emergency repo loans were initiated in the third quarter of 2019, that meant eight quarters had passed and the public was entitled to the information for at least the month of September 2019. (The Fed … END_OF_DOCUMENT_TOKEN_TO_BE_REPLACED

By Pam Martens and Russ Martens: October 12, 2021 ~ Last Wednesday, the Editorial Board of the Financial Times of London penned an editorial under a headline that read: “The Fed’s Trading Scandal Undermines Public Trust.” The editorial noted that the President of the Dallas Fed, Robert Kaplan, “held stakes over $1m each in 27 investments, and moved in and out of S&P 500 futures. The precise dates of his transactions are unknown as his form declaring financial interests merely gives ‘multiple’ as the timeframe.” Last Friday, this headline appeared at the Wall Street Journal: “Boston, Dallas Fed Banks Pledge Cooperation With Stock-Trading Probe.” But then the article revealed this: “The Dallas Fed has declined multiple requests to fully disclose Mr. Kaplan’s extensive trading activity. For example, Mr. Kaplan’s disclosures list ‘multiple’ for trades in stocks and other investments without specifying the dates of the transactions.” The financial disclosure form that Kaplan … END_OF_DOCUMENT_TOKEN_TO_BE_REPLACED

The U.S. Banking System Is More Dangerous Today than in 1929, Thanks to the Fed’s Reg U and Swaps – Two Well-Kept Secrets from the Senate Banking Committee 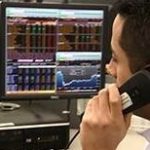 By Pam Martens and Russ Martens: October 11, 2021 ~ Regulation U is a 1936 Federal Reserve rule, that is still in force today, that allows federally-insured, taxpayer backstopped commercial banks to make margin loans for speculating in stocks. Unlike 1936, however, Wall Street trading houses are today allowed to own their own federally-insured, taxpayer backstopped commercial banks. That has allowed a lot of mischief to occur in the making of margin loans for speculating in the stock market. We’ll get to the details of all that in a few moments, but first some necessary background. Following the 1929 stock market crash, 9,096 banks that were holding deposits for average Americans failed as a result of insolvency between 1930 and 1933. (See chart above.) The 1930s banking crisis came to a head on March 6, 1933, just one day after President Franklin D. Roosevelt was inaugurated. Following a month-long run on the … END_OF_DOCUMENT_TOKEN_TO_BE_REPLACED

By Pam Martens and Russ Martens: October 8, 2021 ~ Dallas Fed President Robert Kaplan is due to step down today after playing a central role in creating the worst trading scandal in the Federal Reserve’s 108-year history. Not only was Kaplan trading in and out of “over $1 million” positions in individual stocks but he was also engaging in “over $1 million” transactions in S&P 500 futures, an instrument used by hedge funds and day traders to make leveraged bets on the direction of the market. As Wall Street On Parade previously explained, a dozen legal safeguards had to fail to allow this to happen. The Dallas Fed has refused to say if Kaplan was shorting the market. It has also refused to provide the dates of Kaplan’s trades, despite the fact that the Dallas Fed’s own financial disclosure form requires Kaplan to provide that information. Other Fed Bank Presidents readily … END_OF_DOCUMENT_TOKEN_TO_BE_REPLACED

By Pam Martens and Russ Martens: October 7, 2021 ~ Yesterday, at 4:19 in the afternoon, Wall Street On Parade received an email from the nice communications folks at the Senate Banking Committee, which is chaired by Senator Sherrod Brown of Ohio, a progressive Democrat who has had about all he can stand of the robber barons on Wall Street. The ranking member of the Senate Banking Committee, who was supposed to become the Chair of the Committee in a Trump coup d’état, is Republican Pat Toomey of Pennsylvania, who has been serially funded and backed by Koch-funded front groups. Koch Industries owns a big trading operation, so it is very much vested in what happens in terms of stricter regulations for Wall Street. (For the role of Koch money in the insurrection at the Capitol on January 6, see our report: The Money Trail to the Siege at the Capitol Leads … END_OF_DOCUMENT_TOKEN_TO_BE_REPLACED

Five Days after the Tragic Death of Its Bearish Equity Strategist, Tobias Levkovich, Citigroup Puts Out a Bullish Call on Global Bank Stocks

By Pam Martens and Russ Martens: October 6, 2021 ~ Buying global bank stocks at this moment in time would be like storing dynamite next to your fire pit. One of the worst pieces of advice we’ve ever read at Bloomberg News had a prominent headline on their digital front page early this morning. It read: “Citi Says Banks Are In, Tech Is Out Ahead of Rates Lift-Off.” The advice is so bad that we found ourselves pondering if this was a paid post from Citigroup. There wasn’t the typical paywall on the article, which further fueled our suspicions. The gist of the article is this: “In the race to find the best hedges against higher rates and inflation, Citigroup Inc.’s chief global equity strategist is moving with the tide toward global financial stocks. “Like a growing number of his peers, Robert Buckland expects value stocks to provide a degree of … END_OF_DOCUMENT_TOKEN_TO_BE_REPLACED

By Pam Martens and Russ Martens: October 5, 2021 ~ After watching the video below, if you have further doubts, consider this: On August 7 of last year, Wall Street On Parade reported that Fed Chairman, Jerome Powell, was having private phone calls with BlackRock CEO, Larry Fink, while BlackRock managed upwards of $25 million of Powell’s personal money and the Fed awarded three no-bid contracts to BlackRock for emergency lending facilities. One of those no-bid contracts allowed BlackRock to use Fed money to buy up corporate bonds and Exchange Traded Funds (ETFs) in the secondary market, including BlackRock’s own ETFs. American taxpayers’ money was used to backstop losses in these bailout facilities. And while the individual stock-trading of Kaplan and Rosengren is indeed an outrage, it pales in comparison to what the New York Fed has been doing for decades. On October 30 of last year, Wall Street On Parade reported that the New … END_OF_DOCUMENT_TOKEN_TO_BE_REPLACED

By Pam Martens and Russ Martens: October 5, 2021 ~ The closely watched Atlanta Fed’s GDPNow forecast  for real GDP growth for the third quarter has been slashed by 63 percent since August 2 when the forecast was for 6.3 percent growth. The forecast now stands at a dismal 2.3 percent growth rate as of 7:30 a.m. (EDT) this morning. The Atlanta Fed’s GDPNow forecast could be revised further today after the 10:00 a.m. release of the International Trade and ISM Nonmanufacturing Index. (The GDPNow update typically occurs within a few hours of a new data release.) The Atlanta Fed’s GDPNow model is the seasonally adjusted annual rate. It comes with the following caveat: “GDPNow is not an official forecast of the Atlanta Fed. Rather, it is best viewed as a running estimate of real GDP growth based on available economic data for the current measured quarter….” The U.S. is a consumer-based economy … END_OF_DOCUMENT_TOKEN_TO_BE_REPLACED