SEC Chair Mary Schapiro made a stunning admission during House subcommittee hearings last week seeking answers to the May 6 hit and run in the stock market which briefly trimmed 998 points off the Dow and caused massive losses to small investors who had placed stop loss orders on individual stocks.

According to Ms. Schapiro, the SEC has no consolidated audit trail that captures time and sales in a chronological order among the 40 or more electronic trading platforms and exchanges that constitute today’s deeply fragmented U.S. stock market. Ms. Schapiro said in her testimony before the House Subcommittee on Capital Markets, Insurance and Government Sponsored Enterprises that there were 66 million trades on May 6, coming from the 40 or more stock trading venues.  The SEC has requested the individual trading records and must figure out how to review all the disparate trading in sequential time order.  Some trading records reside at unregulated entities like hedge funds.  Other trades are done by dark pools, internal matching of buys and sells inside brokerage firms (benignly called internalization) and over the counter derivative trades that could impact the stock market but have no oversight by anyone.  Ms. Schapiro said she has issued subpoenas but didn’t say to whom.

Ms. Schapiro’s testimony raises the question as to whether the SEC has been properly monitoring potentially rigged trading in real time up to this point.

As far back as five months ago, the SEC was gently coaxing Wall Street to let it police it with proper tools.  Below is an excerpt from a speech delivered by James Brigagliano, Deputy Director of the SEC’s Division of Trading and Markets on January 21, 2010 to the Securities Industry and Financial Markets Association (SIFMA), the heavy handed trade and lobby association of Wall Street:

“Chairman Schapiro has expressed her commitment to improving intermarket surveillance.  As a step towards fulfilling that commitment, she created an inter-division task force to work with markets to explore ways to establish a comprehensive consolidated audit trail for orders and executions across all markets.  While we recognize that such a proposal would require a substantial effort by the SROs [Self Regulatory Organizations] and their members, a consolidated audit trail could be an invaluable regulatory tool to enhance the ability of the SROs and the Commission to detect illegal activity across multiple markets, and would greatly benefit investors and help to restore trust in the securities markets.”

Since when do real cops ask the perps for permission to police them?  Many eyebrows were raised among Wall Street skeptics when President Obama appointed Ms. Schapiro to head the SEC on January 20, 2009.  Ms. Schapiro came to the SEC from the Financial Industry Regulatory Authority (FINRA), the self regulatory watchdog of Wall Street, where she served as CEO.  Prior to that, she was the Chairman and CEO of the predecessor self regulator, NASD Regulation, which carried the stigma of running a private justice system for Wall Street that investors, industry employees and lawyers felt was rigged in favor of the industry.  Why Ms. Schapiro did not insist on creating a consolidated audit trail in her prior regulatory roles or after the four-decade Madoff swindle was revealed remains a nagging question.

Another person to provide Congressional testimony on May 11 was Chief Operating Officer of the New York Stock Exchange, Larry Leibowitz, who was also unable to explain what caused the crash on May 6.  Mr. Leibowitz’ younger brother, Comedy Central’s Jon Stewart, had upstaged the hearings the day before on his program “The Daily Show” with his own apt diagnosis.   Showing an endless stream of news anchors characterizing everything from the GM bailout to the mortgage crisis to the rescue of AIG as caused by the “perfect storm,”  Stewart said:  “I’m beginning to think these are not perfect storms.  I’m beginning to think these are regular storms and we have a sh*tty boat.”

My only quibble with Stewart’s analysis is that it’s not just that we have a sh*tty boat.  It’s that the pirates have a souped up speedboat with computers run by algorithms and have infiltrated the water patrol. 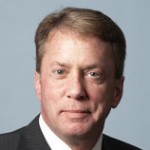 The Congressional testimony of Terrence Duffy, Executive Chairman of the Chicago and New York based futures exchanges, known as the CME Group, Inc., raised more alarm bells.  Mr. Duffy told the House hearing that “The CME [Chicago Mercantile Exchange] markets functioned properly on May 6, 2010.”  “Functioned properly” is clearly a subjective term as his market came within 3 points of being locked limit down, a condition  when the futures market hits a preset percentage decline that automatically halts trading. Without the S&P 500 trading, the cash stock market would have had even less price transparency and this would have accelerated panic selling.

Speaking of the popular futures contract on the Standard and Poor’s 500 called the E-Mini, Mr. Duffy reported that “the market traded in a largely orderly manner…the bid/ask spread momentarily widened to 6.5 points…Market Regulation staff ultimately concluded that there were no anomalies represented by the level of activity or the trading strategies employed by market participants.”

Mr. Duffy’s testimony stands in stark contrast to a harrowing audio tape of the bungee jump in the Standard and Poor’s 500 futures pit between 2:42 and 2:51 p.m. New York time; 1:42 and 1:51 Central time. The tape was made by Ben Lichtenstein, who has worked on the trading floor of the Chicago Mercantile Exchange (CME) for 17 years.  Starting out as a runner, then member, then trader, Mr. Lichtenstein launched a savvy service for private investors, traders and asset management companies who need to take the pulse of the futures market in real time.  Called TradersAudio.com, the service provides a live audio feed directly from the trading pit in Chicago with Mr. Lichtenstein calling out the play by play as trades occur.  He says it’s “like being in the pits without all the pushing and shoving.”

Mr. Lichtenstein has confirmed that this is an authentic tape of his broadcast during the plunge.

At several points on the tape, Mr. Lichtenstein clearly indicates that there is a 10 point spread between the bid and the ask.  Mr. Duffy told the House hearing that the spread reached a maximum of 6.5 points.  A 10 point spread shows a seriously illiquid market where big players have pulled their support.

At one point on the tape Mr. Lichtenstein yells out: “This is probably the craziest I’ve seen it down here ever.”  At another point he says the move through the figure was “just nuts,” meaning when the S&P 500 broke its support level of 1100 no buying support came in; a highly unusual occurrence.

Mr. Lichtenstein calls out the names of Salomon and Morgan Stanley as sellers as the plunge worsens.  Both of these firms received taxpayer bailouts and Salomon, a unit of Citigroup, is currently a ward of the taxpayer.  If these firms were shorting the market for their own in-house casinos, (their proprietary trading desks), the American people have a right to know and so does Congress.  It goes to the very heart of legislative proposals to ban proprietary trading at banks holding insured deposits.

In the brief morning comments that are broadcast in the audio, Mr. Lichtenstein calls out that Pru Bache is selling.  Stockbrokers I checked with were shocked to learn Prudential Bache has miraculously arisen from the dead. The company was depicted in Kurt Eichenwald’s epic tome, “Serpent on the Rock,” regarding its massive securities fraud in limited partnerships in the 1980s and 90s.  The jacket cover reads: “Backstabbing. Lying. Embezzling. Coverups.  Just another day on Wall Street in history’s biggest corporate swindle.”  It’s less than comforting to know that the name Pru Bache is being called out on a day that looks like serious manipulation at work.

Nor is it comforting to hear that Salomon is selling.  Citigroup uses many monikers to trade around the world.  Salomon is one of them.  Here’s how Bloomberg described a trade  Citigroup code named “Dr. Evil” in 2004:

I asked the CME if they would aggregate all the trades done by Citigroup and its affiliates and subsidiaries (Citigroup, Citibank, Salomon, Smith Barney, etc.) to see if Mr. Duffy’s statement would hold up that there “were no anomalies represented by the level of activity or the trading strategies employed by market participants.”  The CME’s spokesperson, Allan Schoenberg, responded:

“Per your request for access to client trading information we do not provide access to that.  As for your question about Citigroup and access to their information specifically you would have to discuss that with Citigroup.  As CFTC Chairman Gensler noted, data that he and his staff have reviewed shows that the trades he referred to in his testimony appeared to be a bona fide hedging strategy.”

I took and passed the commodities licensing exam in 1986.  At that time, a bona fide hedger was a party like an oil company hedging the price of oil; or a farmer in the Midwest hedging the price of corn.  I don’t think securities laws intended that a Wall Street firm could trade for its own account, against the interest of its customers,  and call it bona fide hedging.  Until we know just what account these big firms were trading for and the aggregated volume of these trades by firm, we know nothing useful about their May 6 conduct.  And let’s remember that these firms are already under investigation for potential rigging of the credit default swap and collateralized debt obligation markets.

Last week Reuters leaked an internal document from the CME showing that Waddell & Reed has sold 75,000 contracts during that period with the suggestion that it might have triggered the plunge.  The idea that this tiny Midwest mutual fund firm pulled something over on the Wall Street bad boys is specious at best and an intentional distraction at worst.  If the report is correct, Waddell & Reed’s contracts represented 4.7 percent of those traded in that hour.

The Senate Banking Committee’s Subcommittee on Securities, Insurance and Investment is slated to pick up where the House left off this coming Thursday from 10:00 a.m. to 12:30 p.m.  Hopefully, the Senate will probe the issues raised above, along with the following:

During the House hearings, no mention was made of the fact that three of the largest market cap stocks in the S&P 500 suffered losses far in excess of the overall market decline on May 6, raising a strong warning sign of potential manipulation.

The S&P 500 is weighted by the market capitalization of the individual stocks. Market capitalization is the share price times the number of shares outstanding.  The impact of a price change in the S&P 500 index is proportional to significant price changes in the stocks ranking highest in market cap weighting. (Big price declines in a handful of the top tier stocks can crater the market index.) Apple Computer, GE and Procter and Gamble all fall within the top 10 component stocks of the S&P 500 and each of these stocks appears to have been targeted for excessive selling by some entity or algorithmic program on May 6. Sharp price declines in these pivotal stocks in the cash stock market quickly transmuted into selling in the futures market, creating a frenzy in the highly leveraged Chicago futures pits.

According to Standard and Poor’s website on May 14, 2010, Apple Computer ranks number 2 in importance in the S&P 500; GE ranks 4th; Procter and Gamble ranks 5th.  At the worst point in the market, Apple had declined by 21.5 percent; GE by 16.6 percent; and Procter and Gamble by a whopping 36 percent.  The overall market at its worst level had declined by only 9.2 percent. (3M dropped by 21 percent at its worst point but does not rank in the top 10 of the S&P by market cap.)

Before our so-called fair and efficient markets become the brunt of jokes on more comedy shows around the globe, the Senate needs to stop trying to legislate reforms in the dark and get to the bottom of just how rigged Wall Street really is.

This article originally appeared at www.CounterPunch.org.