Shhh. Don’t Wake Congress. Let Them Sleep Through the Next Wall Street Crash 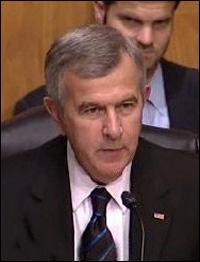 Two Senate subcommittees held critically important hearings last week so Senators could gauge first hand the level of corruption and self-dealing on Wall Street and 72 percent of the members of those committees failed to show up. Missing in action were Senators Chuck Schumer, Bob Corker, Dick Shelby, David Vitter, Tom Coburn, Tammy Baldwin, and Rand Paul, among many others.

Failure to show up for committee or subcommittee hearings has been tolerated far too long in the U.S. Senate as we reported two years ago when not one member of an 18-member subcommittee, other than the chairman, showed up for a hearing on the failing initial public offering process on Wall Street. It is understandable that Gallup’s new poll last week showed that confidence in Congress has just hit an all-time, historic low of 7 percent.

So while the Senate debated why the American public has lost confidence in Wall Street, which is experiencing the lowest individual stock participation rate in 16 years, it has never occurred to most Senators that the public’s loss of confidence in Congress to properly regulate Wall Street might factor into that equation.

The comments of two Senators in particular stood out at these hearings as tone-deaf to the reality that Wall Street has never been this corrupt in its entire history, including the period leading to the 1929 crash. That era resulted in the passage of the Securities Act of 1933, the Securities Exchange Act of 1934, the Glass-Steagall Act (Banking Act of 1933), the creation of the FDIC and SEC and two solid years of Pecora Senate hearings to root out the corruption and bring it into the sunshine. Today we have a room of empty chairs and empty promises of reform.

During Wednesday’s hearing before the Senate Banking’s Subcommittee on Securities, Insurance and Investment, Senator Mike Johanns from Nebraska said he could relate to the debate about high frequency trading because he had grown up on a dairy farm in northern Iowa in the 1950s. “The combines are so far advanced” from what they were when he was growing up, said Johanns, adding that the consumer has benefitted from that by having a supply of food that’s “unparalleled in the world.”

According to the thinking of Johanns, it naturally follows that the consumer must also benefit from Wall Street’s super computers and super data feeds and artificial intelligence algorithms written by six-figure programmers to trade for the house against the interests of the little guy who has been intentionally stuck with a horse and buggy data feed while his “dumb money” trades are secretly routed to the fleecing herd in exchange for a cash kickback.

From the combines of the dairy farmers, Senator Johanns made the galactic leap that “it seems that technology developments over the last several years have benefitted retail investors by making the equity markets more accessible and affordable for the moms and the pops in Nebraska.” 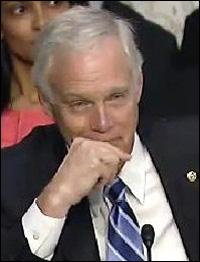 The same brand of illogic was on display on Tuesday during the Senate Permanent Subcommittee on Investigations’ hearing when Senator Ron Johnson of Wisconsin downplayed the problem of payment for order flow by dark pools and warned against government intervention in the markets.

Johnson used the word “sinister” — not to describe the conduct of high frequency traders, mind you, but about the charges being made by the truth-telling witnesses called to testify before the subcommittee. Johnson said: “What I’m concerned about is creating this sinister atmosphere with words like dark pool and conflict of interest and what we’re talking about, literally, I think, is 30 or 40 cents on a $2,000 trade…we’re really talking about miniscule amounts.”

Senator Johnson was so ill-prepared for this hearing that he apparently didn’t realize that “dark pool” is an industry term, not a phrase conjured up by witnesses testifying before the Senate panels. Stock exchanges, which show the public the bids and offers on stocks are called “lit” markets. Alternative Trading Systems, which are owned and operated by the largest Wall Street banks as well as others, are called dark pools because they are “unlit” markets. They do not show the public the bids and offers on the stocks before they trade, leaving massive opportunity for front-running and stock price manipulation. As we reported earlier this month, the Wall Street mega banks are even trading in the stocks of their own corporate parents in their own dark pools. (We asked the SEC how this is legal and received the response: “No comment.”)

The idea that serious money is not at stake is preposterously naïve. Former SEC Chair Mary Schapiro estimated that individual investors lost more than $200 million in improperly triggered stop loss orders on May 6, 2010 during the Flash Crash – an event fueled by high frequency trading.

Senator Johnson’s fixation on his 100-share order at $20 insults the intelligence of Americans who understand that the bulk of the money they have in the stock market is managed by their pension portfolio manager or mutual fund manager who trades in 50,000 or 100,000 share lots, not 100-share lots. The public understands that they are being taken to the cleaners by high frequency trading, eroding the retirement savings of tens of millions of Americans. They further understand that their 401(k) plan is losing its heft because the same actors have outsized fees and costs embedded in the mutual funds. (See PBS Drops Another Bombshell: Wall Street Is Eating Up Two-Thirds of Your 401(k))

Andrew Brooks of mutual fund manager, T. Rowe Price, testified before the Senate last week, saying that “disruptive HFT strategies are akin to a tax loophole that has been exploited and needs to be closed.  Market participants utilizing such strategies are essentially making a riskless bet on the market, like a gambler who places a bet on a race that’s already been run and for which he knows the outcome.”

There is now unassailable evidence that the stock exchanges are charging obscene fees of upwards of $144,000 a year plus tens of thousands more in infrastructure charges to co-locate Wall Street’s super computers next to the exchange’s computers to facilitate front-running slower orders. Michael Lewis writes in Flash Boys that “both Nasdaq and the New York Stock Exchange announced that they had widened the pipe that carried information between the HFT [high frequency trading] computers and each exchange’s matching engine. The price for the new pipe was $40,000 a month, up from the $25,000 a month the HFT firms had been paying for the old, smaller pipe.”

There is unassailable evidence that the exchanges are selling faster and more comprehensive data feeds to the Wall Street elite while sticking the public with a slower data feed with outdated prices.

There is unassailable evidence that Wall Street mega banks are paying retail brokers for mom and pop order flow. This is the dumb money these firms want to trade against in their own dark pools.

There is unassailable evidence that the U.S. stock exchanges which previously functioned as self-regulators to police their own members have turned into brothels (as the New York Post put it) with a pay-to-play business model. 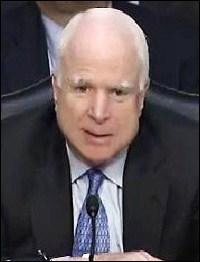 Unlike his Republican cohorts in the Senate, Senator John McCain is approaching the corruption on Wall Street with the seriousness it deserves. Senator McCain has joined with Senator Elizabeth Warren in introducing legislation to restore the Glass-Steagall Act, separating banks holding taxpayer-backed insured deposits from Wall Street’s gambling casinos. That legislation served this country well from 1933 to its repeal in 1999. It took less than a decade for Wall Street to crash the market and the economy without that legislation in place.

Congress and the SEC need to also stop pretending this conduct is legal just because they must face off with law firms with 1300 lawyers each. The Securities Exchange Act of 1934 is the seminal legislation that still controls the regulation of stock exchanges. Section 6 of the Act requires that the SEC must ensure that exchanges maintain “the equitable allocation of reasonable…fees, and other charges among its members and issuers and other persons using its facilities.” The same section requires “just and equitable principles of trade,” the removal of impediments to a “free and open market” and specifically states that an exchange shall not “permit unfair discrimination between customers.”

The aw-shucks questioning of Senators Johanns and Johnson in dead serious hearings last week is an embarrassment to the Senate and this nation. “Sinister” is exactly what we’re talking about. The very same mega Wall Street banks that crashed the U.S. economy in 2008, were charged with colluding and rigging the Libor interest rate market, and any day now will be charged with rigging the foreign exchange currency markets in chat rooms dubbed “The Mafia” and “The Bandits’ Club,” are not unjustly maligned actors.

Before the approval rating of Congress slips further, Republican obstructionists need to put down the Farmers’ Almanac and pick up a copy of The Financial Times.